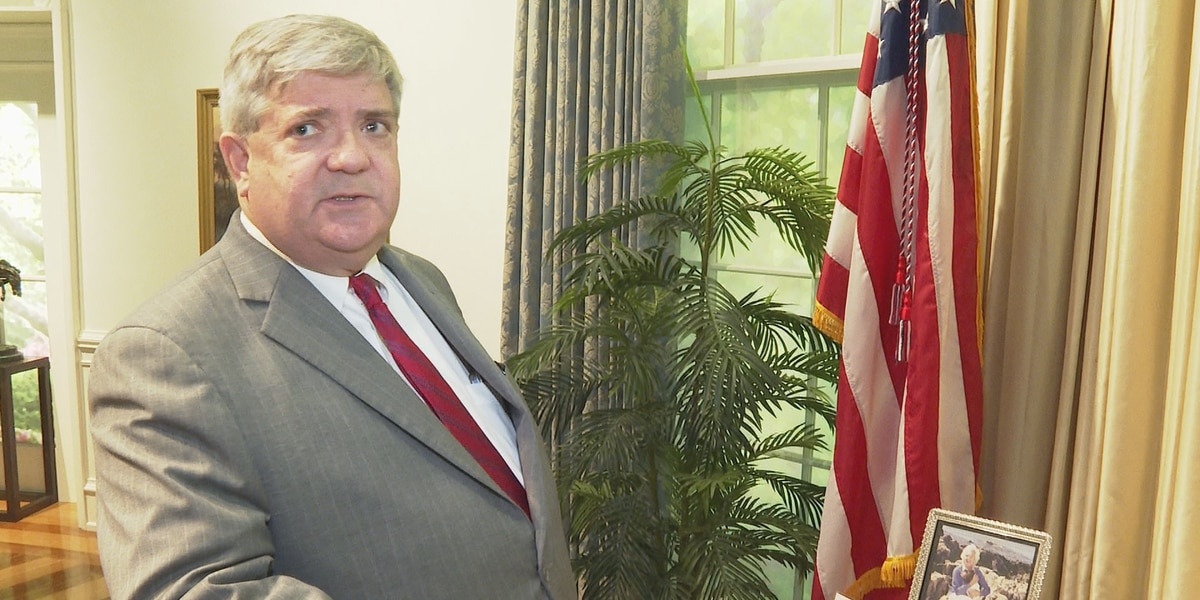 BRYAN, Texas (KBTX) – After more than 30 years of public service to the Bryan-College Station and Texas A&M communities, Warren Finch will hang his hat as director of the George HW Bush Presidential Library and Museum.

Finch was named library director in 2004, but was a vital member of the library team long before it existed.

Finch came to College Station in 1993 as a member of the library project team and played a critical role in the development, construction, and opening of the library and museum in 1997.

Before moving to College Station, Finch worked as an archivist with the National Archives and Records Administration in the Office of Presidential Libraries in Washington DC. He later worked briefly at the Ronald Reagan Library in California.

Finch also served in the Bush White House in 1992, assisting in the move of presidential materials and documents to Texas, and has been in College Station ever since.

Finch received an MA in history from Auburn University and a BA from the University of South Alabama. He says his love of history has been the driving force behind his longevity with the museum.

Since his time as leader of the museum, Finch has had a history many could only dream of. From sorting records and materials in an old bowling alley in College Station to the library and museum’s groundbreaking and upgrades in 1997 and 2007, Finch has seen it all. He has had a hand in overseeing many if not all community projects such as the annual Easter egg hunt, Christmas tree lighting ceremonies, the George & Barbara Bush Day of Service.

“I started in Chimney Hill Bowling Alley, where the records were kept until the building opened in November ’97. I was archivist and then supervisor archivist, deputy director, and then I’ve been director of this amazing place since December 2008,” Finch said.

Finch also played a critical role in the museum’s preparations for the final rituals and burial of former Presidents George HW and Barbara Bush and also navigated the museum through the COVID-19 pandemic that has disrupted operations at the museum several times over the past two years. and the library stopped. .

Finch says he has had a great career and enjoyed his time at the museum. He says one of the most rewarding parts of the job was serving and working with the Bush family.

“I’ve had the privilege of working with both President and Mrs. Bush the entire time I’ve been here. They were here at the library and museum all the time, from September or October until they left for Kennebunkport in April or May, they were always there,” Finch said. “We had a lot of great events, a lot of great people, but working with President and Mrs. Bush was, they were never demanding, they always let us do our job and they were just a wonderful bunch to work with.”

As Finch approaches his December 3 retirement date, he says he will miss working with the staff and greeting visitors to the museum and library.

“Most of all I will miss interacting with the staff, the visitors and the good work we do, but I have been doing it for 30 years and I am happy with the decision I made,” said Finch. .

While Finch’s retirement is well-deserved, it’s still bittersweet for the library staff who consider him not only a great boss, but a great friend.

“His easygoing personality,” says Robert Holzweiss, deputy director of Bush Library & Museum. “If you look around the exhibits or if you visit the research room or if you attend a public program, Warren has been a player in that. Either its structure or the specifics you like.”

“He was hands-on from the very beginning like he was as a director. He would make sure he walked through the building and made sure everyone was appreciated,” said Bush Library & Museum longtime volunteer Ann Hays. “He kind of made it as a family.”

AT 10 PM ON KBTX: Hear from longtime director of the George HW Bush Presidential Library and Museum Warren Finch as he prepares for his retirement next month. pic.twitter.com/SYiZZTB6dW