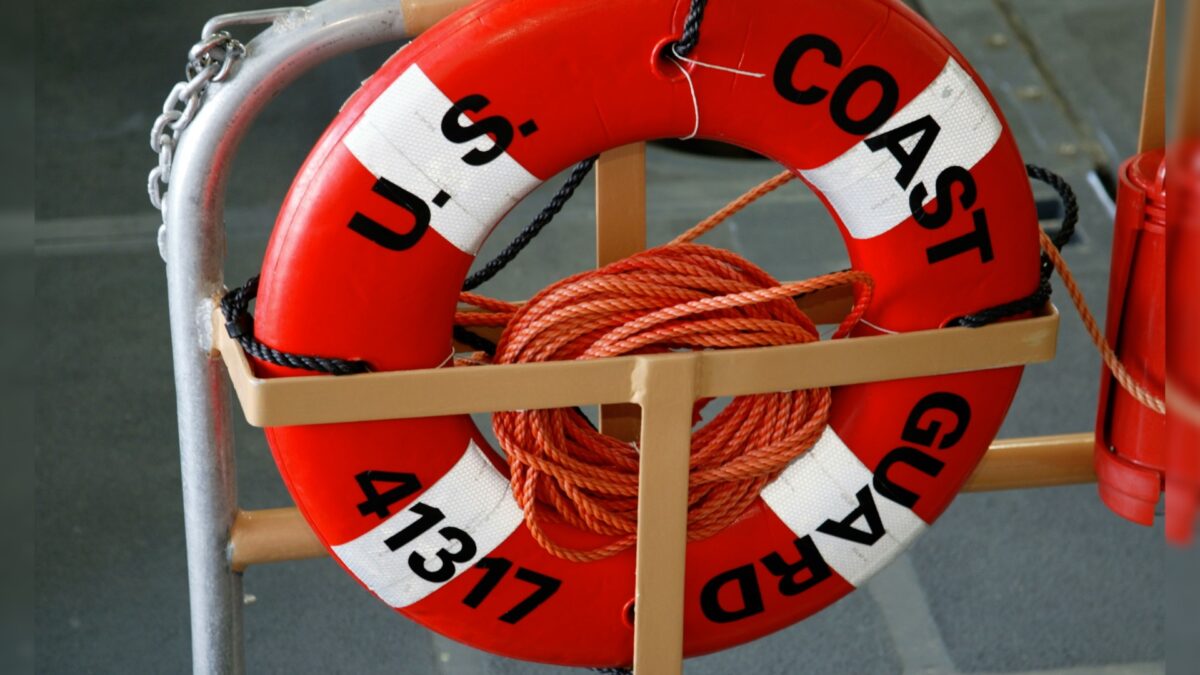 The U.S. Coast Guard has rescued 18 suspected migrants, including children, who were stranded at sea without food or water for five days after their boat broke down, officials said on Nov. 24.

They were rescued in international waters near the US-Mexico border.

“At 4pm @USCG responded to a report of 18, believed to be migrants, in a disabled vessel near the #SWborder. #CG launched a helicopter crew and recovered 5 adults and 2 children. A Mexican Navy ship rescued the remaining 11,” USCG Southern California said on Twitter.

“Residents said they had been without food/water for 5 days,” they added.

The U.S. Coast Guard office in San Diego told NBC San Diego that officials received a distress call around 4 p.m. after the boat was spotted by a passing vessel off the coast of Baja, California.

The two children were reportedly a 4-year-old boy and a 2-year-old girl.

The migrants on board suffered from overexposure to the sun and a lack of food and water, and at least three were taken to hospitals in San Diego, NBC reported, citing SDFD officials. Their condition is unknown.

At 4 p.m @USCG responded to a report of 18, believed to be migrants, in a disabled craft near the #SWborder. #CG launched a helicopter crew and recovered 5 adults and 2 children. A Mexican naval vessel rescued the remaining 11. The occupants said they had been without food/water for 5 days. pic.twitter.com/tDKYqsVpOg

USCG spokesman Adam Stanton told the publication that sea conditions were brutal, with rough seas and the boat taking to the water. He added that rescuers were surprised the ship did not sink as it had a dead engine and was burdened by the many passengers on board.

None of the individuals were in the water when they were found and all were wearing life jackets at the time of their rescue, Stanton said.

Officials do not believe any more passengers died at sea, ABC reported.

In a sequel after on Nov. 24, Southern California warned that hypothermia can occur at any water temperature below 70°F.

“At the time of today’s rescue, air and sea temperatures were near 60°F,” officials said as they urged people not to go to sea.

In October, three individuals were rescued by the US Coast Guard 8th District Heartland about 25 miles off the coast of Empire, Louisiana, after their boat sank while on a fishing trip, leaving them stranded at sea and fighting off shark attacks.

Officials said the three individuals were discovered after they failed to return home from the fishing trip, prompting concern from a family member.

Authorities later found them stranded in the sea suffering from severe hyperthermia, dehydration and fatigue after being in the water for more than 28 hours. Two of the three individuals were fending off sharks and had injuries to their hands, officials said.

They were later transferred by helicopter to the University Medical Center in New Orleans for treatment, and officials said their condition was stable.

Katabella Roberts is a news writer for The Epoch Times, focusing primarily on United States, world and business news.