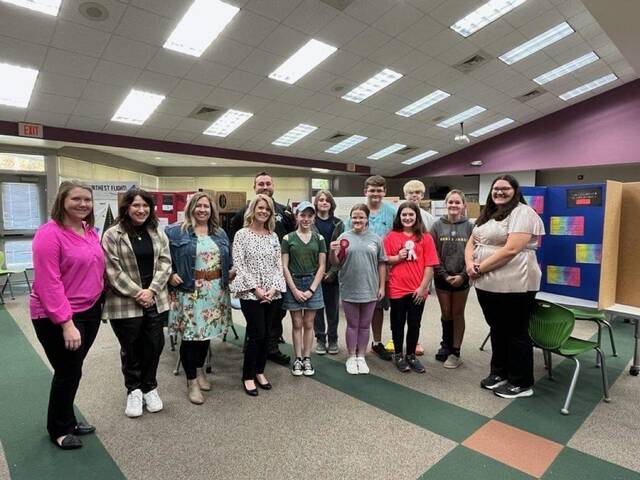 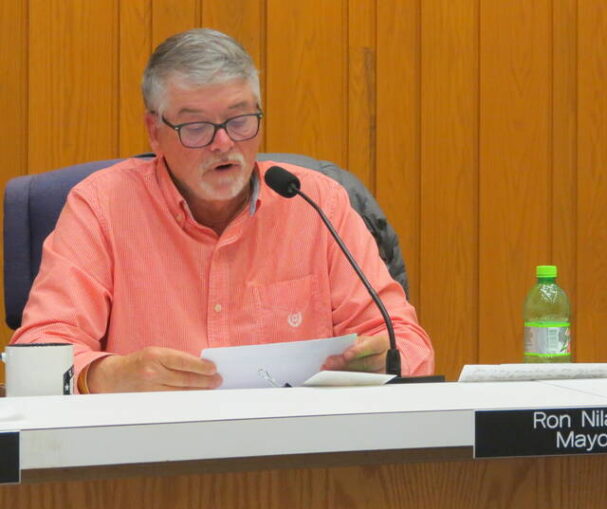 Much has happened since Mayor Ron Niland was elected in the 2019 Mount Airy municipal election — full of triumph and tragedy — but Niland believes he is leaving a city government well positioned for the future.

“I’m proud of the achievements of this board and the community over the past three years,” Niland said at a meeting of the Mount Airy Board of Commissioners, as the mayor gave what he called a “farewell speech.”

But Niland made no reference to this in his remarks that took up about the last 10 minutes of last Thursday night’s meeting at the town hall.

“We are all neighbors who care about each other and our great city,” he said, reading from a prepared statement that was interrupted at some points by impromptu remarks.

To say that a whirlwind of events has surrounded the city government during his tenure might be considered an understatement.

Niland, then 64, applied in July 2019 for the general seat on the council, which was then held by Jim Armbrister, a former member of the Mount Airy Police Department who was battling cancer. Armbrister died a day before a primary that hit the seat in October of that year and Niland was elected the following month.

And in October 2020, then-mayor David Rowe – who also had health problems – resigned from that position and died the following August. Niland was appointed mayor to head the city government while also still serving as general commissioner.

In May 2021, his fellow board members named Niland mayor, a position he will soon relinquish when Cawley and other election victors are sworn in from November 8 to December 1, which the past year has also seen a change of city trustees.

“I congratulate the winners who now have the privilege and responsibility to serve our city in the future,” Niland said during his gracious farewell address — referring to new commissioners Deborah Cochran, Chad Hutchens and Phil Thacker along with the new mayor.

“I am grateful to all who have put their names forward to serve,” the outgoing mayor added, citing soon-to-be-outgoing Commissioners Steve Yokeley and Joe Zalescik in his appreciative context. “Until you’ve been there, you don’t know how hard this can be for your families and loved ones.”

Niland had said before last week’s meeting that he does not intend to seek public office in the city again. “No, I’m done.”

Still, he plans to continue working behind the scenes on various projects to serve the community.

City in a good place

Niland, who also served as Mount Airy city manager from 1991 to 1996, believes it is in a good place as preparations are made to hand over the keys to new leadership.

The mayor explained that he is proud of both the administration and the community for the achievements made over the past three years, especially the community, because none of this has happened “in a vacuum.”

“We have straightened out the ship financially and started planning for the future,” he said of a development.

Niland also mentioned his formation of “Vision” committees that studied economic development and other local areas, including “many young people with a passion for the community” as members.

The nuts and bolts of municipal operations have also benefited. This includes a shift to automated waste collection, which Niland says means big savings for the taxpayer because fewer staff are needed for the task, and the purchase of a new fire engine.

Niland further listed downtown improvements, including much-needed restrooms recently built on the north side of the central business district, and recreational benefits such as plans for an expansion of the city’s greenway and new pickleball facilities.

Another plus is the continued redevelopment of the former Spencer textile factory downtown, including a hotel partnership that will bring a Marriott establishment there.

The outgoing mayor is also proud of the partnerships established with the provincial and state governments, along with key non-profits funded by City Hall, including Surry Medical Ministries’ free clinic, Shepherd’s House homeless shelter, and others.

Large cash injections were also mentioned in two other community entities that play a valuable role, the Surry Arts Council and the Mount Airy Museum of Regional History.

“Not only did we hire a city manager, we hired one of the best – I think – in this country,” the mayor noted during his farewell comments.

“Most importantly, we took a big step tonight in investing in our workers,” Niland said of raises approved earlier in the evening for 70 city workers, including 37 positions in the sometimes-cramped Mount Airy Police Department.

Niland listed increasing employee compensation as his main goal when he took office three years ago.

City council is more than just meeting and making decisions about personnel or equipment, with Niland also focusing on the human side of the matter.

“I’ve always seen this as a public service and have tried to treat everyone with compassion and respect,” he said. “I will cherish the friendships and interactions with those who make our community a better place to live.”

And while council meetings have been contentious at times, Niland has consistently put forth his belief that everyone eventually leaves the building as friends, even though they may have disagreed on various issues.

“Ultimately, we won’t be judged by what happens in this room – however, we will be judged by how we treat each other outside these walls,” he said.

“We are all neighbors who care about each other and our great city – let that be the legacy for those who follow us,” Niland continued. “We have so much to be thankful for.”

After saying what a “great honor” it was to serve his community as mayor, Niland got emotional as he delivered the final sentence of his two-page speech on Thursday night:

“God bless everyone and thank you from the bottom of my heart.”

Niland’s speech was greeted with strong applause from the audience.