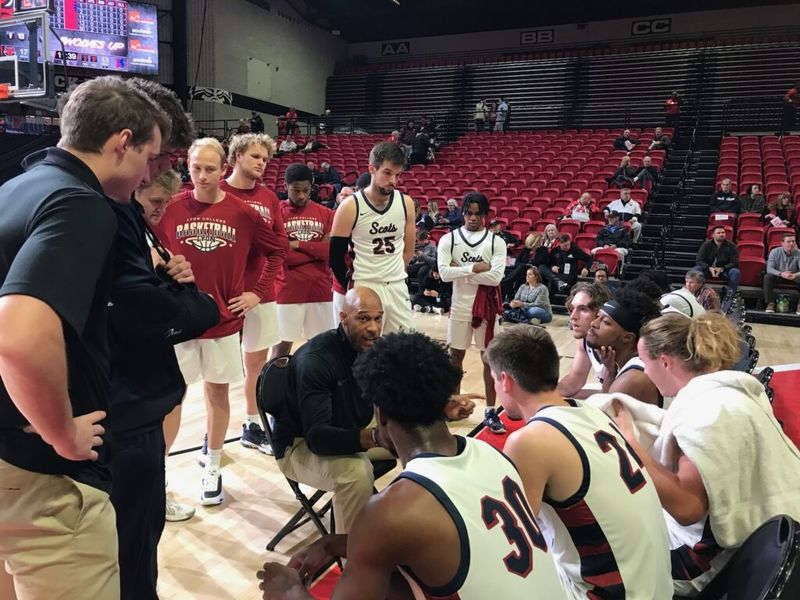 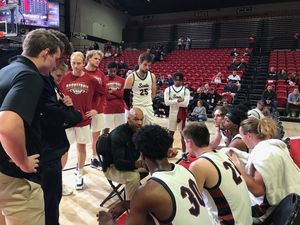 SaSaroga put the Scots up front with the first basket of the game on a layup inside. Bell drove the basket for a field goal and SaSaroga came back to put Lyon College ahead 6–5 early in the first half.
SaSaroga got out for a three-pointer to put the Scots up 9-7, then Hill made two free throws to keep the lead, 11-9. After the Red Wolves scored the next six points, Luke Bridges picked up an offensive rebound and put it back to cut the ASU lead to two points, 15-13.
The Red Wolves scored five in a row before John Paul Morgan made two free throws for the Scots. From there, ASU moved to an 11-point lead, 26-15, but Lyon College mounted a run with a Hill dunk and another SaSaroga layup to make it a nine-point game. Morgan and Hill scored baskets after six minutes to cut the lead to seven points, 30-23 and three minutes later, Delvonte McCloud and Hill kept the Scots within striking distance.
A three-pointer from SaSaroga with 1:41 left before halftime and a layup from Morgan in the last minute kept Lyon College a respectable distance, trailing 44–34.

The Red Wolves opened the second half with an 8–0 run and led by 18 points before Hill hit a three-pointer. Bell made a 3-pointer on the next Scots trip down court and SaSaroga made two free throws. Bell scored twice on drives to the basket and hit a three-pointer with 13:07 left to cut the ASU lead to 11 points, 58–47.
Donovynn Lewis came off the bench at Lyon College and made two 3-pointers to stop Lyon College 13. Hill made three free throws and SaSaroga hit a layup in the space of three minutes to make it a 74-58 deficit.