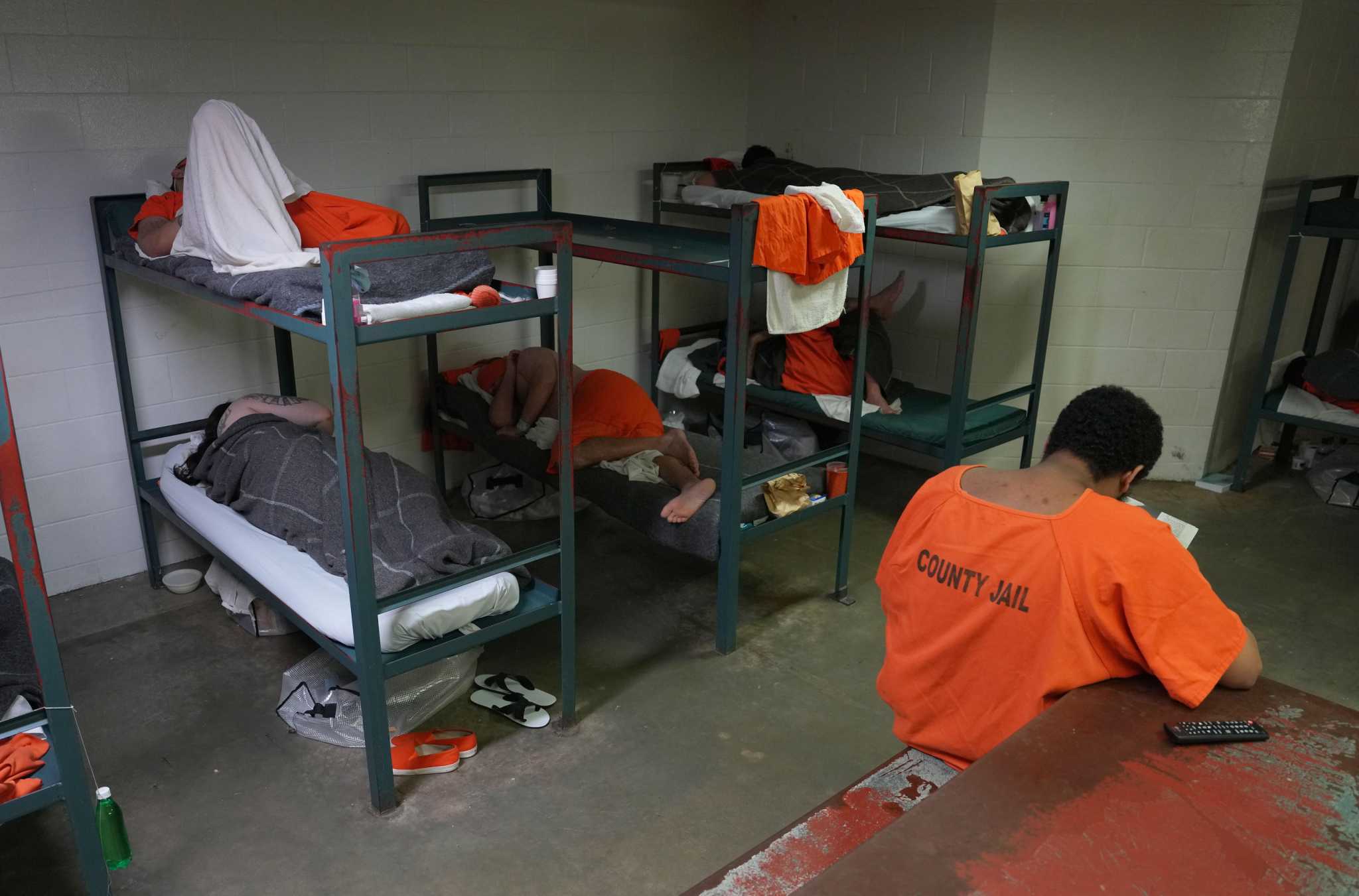 A 45-year-old man, Michael Griego, died on Tuesday after spending nearly two weeks in hospital for injuries sustained during a fight on Nov. 13. He was in a group with several other defendants when someone likely assaulted him, Harris County Sheriff’s Office spokesman Jason Spencer said.

INTERPRETER: Do you know anyone in the Harris County Jail? Here’s how to navigate the system.

Court records show Griego was found incompetent to stand trial for aggravated assault on a family member in March and ordered months later to undergo a competency recovery assessment through The Harris Center while housed in prison.

The Texas Rangers are investigating the death and charges are likely to be filed, Spencer said.

With the death of Griego, and that of two others this week, the number of prison deaths this year stands at 27 and is the highest in nearly 20 years, according to county officials and nonprofit data from the Texas Justice Initiative. The deaths come amid concerns about prison overcrowding – also with the highest population in more than a decade.

Spencer claims the number of deaths is comparable to other populous counties in Texas, such as Bexar, Dallas, El Paso, Tarrant and Travis counties.

The prison population began to rise last December, regularly surpassing 10,000 inmates in the second half of the year. Officials have begun sending inmates to facilities elsewhere in an effort to reduce the population. As of Monday, the prison population remained at around 9,800 inmates. More than 900 additional defendants were housed in facilities in Louisiana and Garza County in western Texas, county records show.

The backlog in criminal courts, caused by damage to the courthouse from Hurricane Harvey and exacerbated by pandemic court closures, has contributed to prison populations, Spencer said, but increasing resolutions in the courts have yet to improve conditions in their jurisdictions. Ongoing felony cases in October were about 40,000 — a number not seen since June 2020 — after peaking at 54,000 in July 2021, according to county data.

Legislative changes to state bail laws — Senate Bill 6, which prohibits defendants charged with violent crimes from receiving cashless bail — have also contributed to their population problems, Spencer said. However, the county’s decision to mandate a 10 percent minimum for bail bonds has not helped, he claimed.

Half of the prison population is accused of a violent crime, the data shows.

Spencer also highlighted the deaths on Sunday of two 74-year-old men who had been placed in prison.

Guards found William Barrett unconscious on his cell floor after a possible cardiac arrest. He was rushed to a hospital but did not survive, according to state records. A cause of death is pending review by the Harris County Institute of Forensic Science.

He had pre-existing medical conditions, those records continued.

Barrett had been held at 1200 Baker for at least four days on charges of indecency exposure, court documents show. He had been released on bail for another recent felony arrest. A magistrate set his bail at $1,000 because he failed to attend his likely hearing to fill out a financial affidavit – which would show if he could post bail.

Court records show that Barrett was “belligerent, was not brought to justice for security reasons”.

Another defendant, John Maxey Jr., died Sunday after spending most of the month in the hospital due to complications from colon cancer. He had been imprisoned for more than 200 days for two crimes, robbery and retaliation. A state report on his death had not been filed Tuesday afternoon.

Brandon Wood, head of the Texas Commission on Jail Standards, said the number of deaths in custody in prisons has increased statewide since 2020, but their office is still reviewing data to determine a trend. A majority of the deaths, he said, were from natural causes.

The commission named the prison this year for violating state standards for keeping more than 60 defendants in the booking area for longer than the maximum 48 hours after an arrest. The story of a woman being held in the processing area for 99 hours led to an inspection and then a notice of violation.