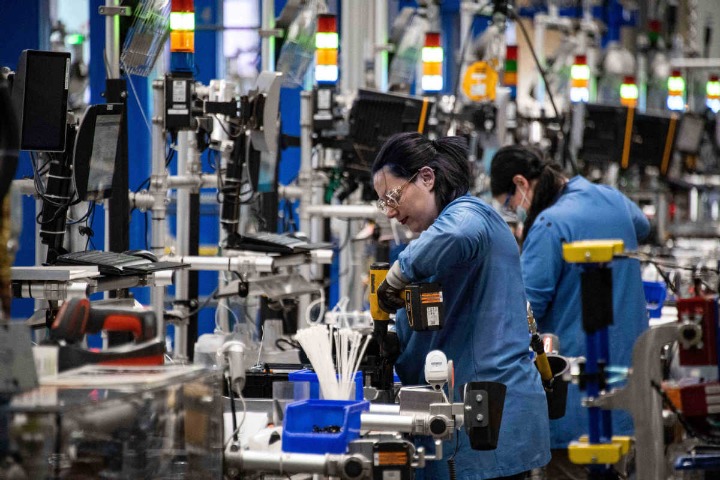 Tens of thousands of workers shot at large companies

The COVID-19 pandemic brought much of the world online and sparked a boom over the past two years, especially for high-tech companies in the United States, but it couldn’t last indefinitely.

Now, the layoff of tens of thousands of workers at Big Tech companies just a year after Silicon Valley was at its peak sends a new signal: the bull market of the past decade – which created massive amounts of wealth for technology investors, workers and the wider economy – is over.

Online advertising is the main source of revenue for countless technology companies, but when the economy took a hit, many of them slashed these budgets.

After stunning demand growth during the pandemic, many of the technology’s biggest players are facing a return to more normal demand, coupled with the impact of higher interest rates and the looming threat of a recession.

Kenneth Fong, founder and chairman of Kenson Ventures in Silicon Valley, California, said, “It (the layoffs) is not surprising. The reason is simple: the stock market was very high in 2021. In 2022, the value of those companies fell. Silicon Valley’s motive is to make a lot of money.Because the companies did so well last year, California has more than $90 billion in excess funds this year, but the state could face a budget deficit of $25 billion next year. That is entirely due to the stock market. Because the stock market fell so much, those high-tech companies had to fire people.”

More than 35,000 tech workers at 72 U.S. companies were laid off this month, adding to a total of 120,000 tech jobs lost this year, according to data collected by layoffs.fyi, which has used public records to track tech layoffs since the start of the pandemic.

Semil Shah, a general partner at venture capital firm Haystack, told The Washington Post that there may be as many as 25,000 to 50,000 unemployed tech workers in the Bay Area job market in the coming months.

However, according to the Labor Department, all Big Tech layoffs this year will not amount to 0.1 percent of the total US workforce of 164 million.

According to the ministry’s latest report on unemployment claims, the number of people who registered as unemployed fell by 4,000 to 222,000 weekly claims in the second week of this month.

A report by Goldman Sachs chief economist Jan Hatzius says that “tech layoffs are not a sign of an impending recession.”

While technology companies reach billions of users, they make up only a small fraction of the total U.S. workforce. If all employees employed in Internet publishing, broadcasting and Internet searches were laid off at the same time, the unemployment rate would rise less than 0.3 percent, according to Goldman Sachs.

While many tech companies have reduced their workforce, others are still hiring. The latest jobs report from the Computing Technology Industry Association shows that despite the layoffs, hiring by technology companies rose for the 23rd consecutive month in October, with more than 20,000 jobs.

Facebook parent company MetaPlatforms laid off 11,000 people this month — about 13 percent of its workforce.

CEO Mark Zuckerberg attributed the cuts to overhiring during the pandemic. In a letter to staff, he cited a decline in e-commerce, the broader economic downturn, increased competition and a decline in ad sales – the main way the company makes money.