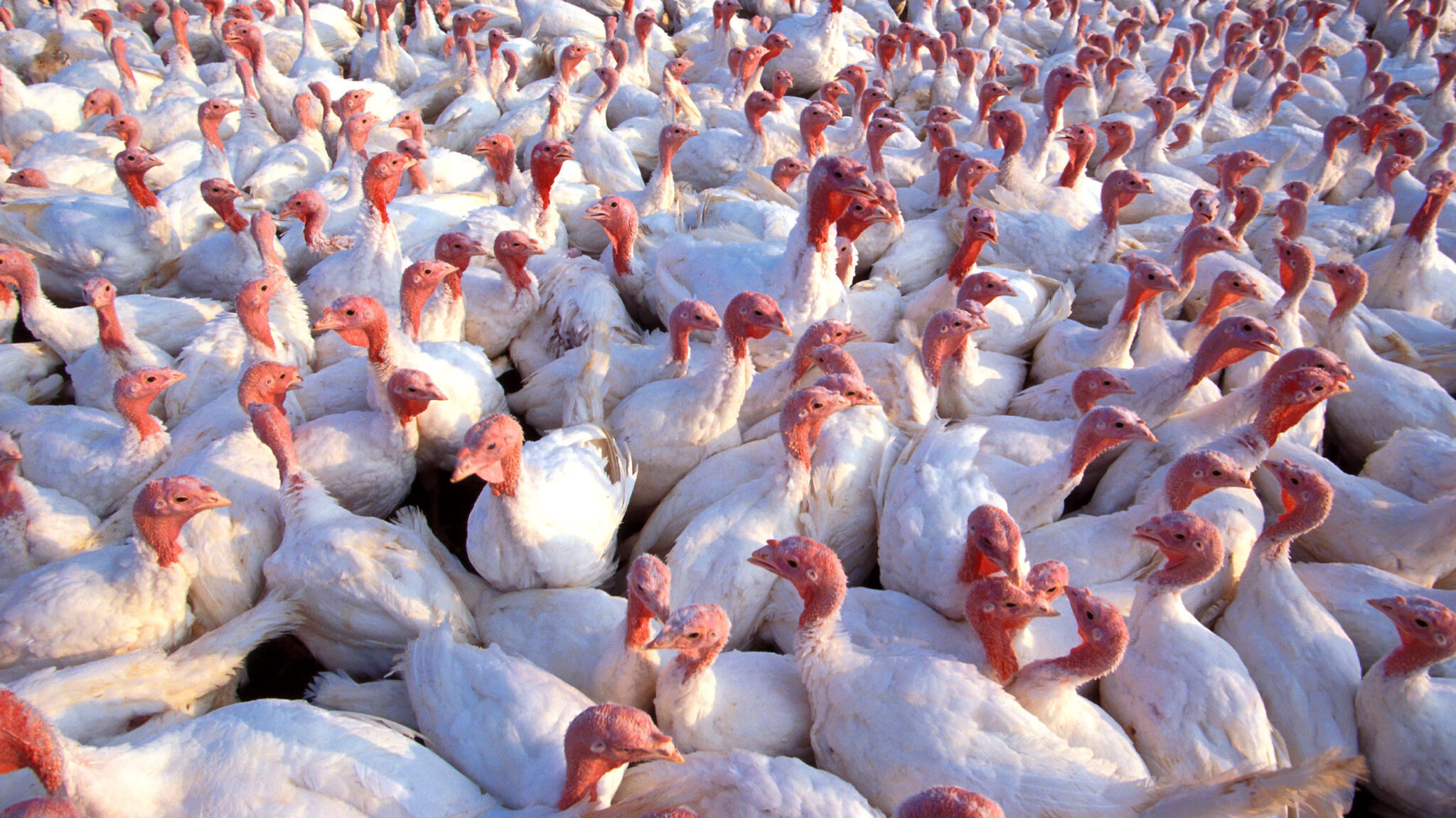 This story first appeared in the Iowa Capital Dispatch.

According to the U.S. Department of Agriculture, fresh turkeys are more expensive and smaller than usual in the run-up to Thanksgiving.

That’s thanks in part to the deadly and highly transmissible avian flu that has ravaged turkey producers this year. The virus, which is transmitted by wild migratory birds, has led to the death of about 8 million U.S. turkeys this year.

“I don’t think you have to worry about whether or not you can carve your turkey on Thanksgiving — it will be there,” US Secretary of Agriculture Tom Vilsack said early this month. “Maybe smaller, but it will be there.”

GET THE MORNING BUTTONS IN YOUR INBOX

It takes about four months for a turkey to grow to 20 pounds, which is a Thanksgiving meal for about a dozen people.

It’s been about three months since the deadly bird flu resurfaced in Minnesota’s commercial turkey farms, and since then it has infected 19 flocks totaling more than 900,000 turkeys, according to USDA data. Minnesota is the country’s largest turkey producer.

No flocks of turkeys have been infected with avian flu this fall in Iowa, which has suffered the highest bird losses of any state this year. About 15.5 million Iowa birds have been culled due to virus outbreaks, and most of those are egg-laying chickens. Turkeys total about 374,000.

There have been four detections of the virus in domestic commercial and backyard flocks in Iowa in October and November, totaling more than 2.1 million birds. Most of Iowa’s losses stemmed from spring bird migration earlier in the year.

On November 10, the Iowa Department of Agriculture and Land Stewardship issued an order canceling live bird shows and the sale of birds at livestock auctions, swap meets, and others. The order would expire after 30 days unless there is another virus detection. In that case, the order will expire 30 days after the detection.

In light of the ongoing threat, Governor Kim Reynolds held her annual turkey pardon from a distance on Tuesday: She pardoned two male turkeys — Stars and Stripes from an Ellsworth farm — in a ceremony recorded on her desk.

“With a statewide order currently in effect to protect herds from the threat of bird flu, we’re honoring the tradition a little differently this year,” she said.

The annual event aims to highlight turkey production in the state. Reynolds said there are about 130 turkey farms that produce 12 million birds annually.

The most recent avian flu detection at a commercial turkey facility was Monday in South Dakota, where 35,000 birds were affected.