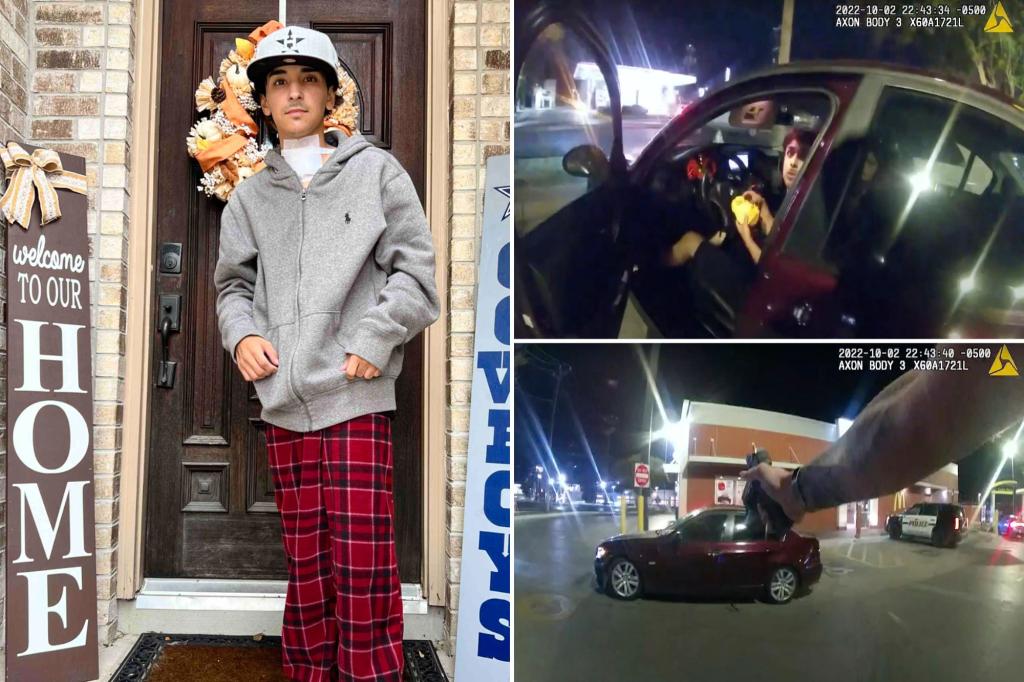 A teen who fought for his life after being shot by a San Antonio officer has been released from the hospital after nearly two months in hospital, his family confirmed Wednesday.

Erik Cantu – who was shot multiple times by Texas police officer James Brennand in the McDonald’s parking lot – was able to be home for the holidays and his family said their “prayers have been answered”.

“We are incredibly grateful to have our son with us at home,” the family says said in a statement posted on Twitter by their attorney Ben Crump. “Erik still has a long road to recovery ahead of him, but we are thrilled with his progress over the past two weeks.

“It means a lot to us to be able to spend Thanksgiving as a family outside the hospital walls, where we have lived since Erik was horribly injured.

“We are grateful for the many blessings this week – Erik’s strength, everyone who supported us during Erik’s hospitalization, and the grace of God. Thank you.”

At some point during his grim hospital stay, Cantu’s family said he was on a ventilator, according to an October Fox News Digital report. Despite the grim circumstances, the family remained hopeful.

Earlier this month, the family said he was awake and alert after being taken off the ventilator, the San Antonio Express-News reported.

Meanwhile, Brennand faces two counts of aggravated assault by an official after an investigation was launched into the October 2 incident.

He was fired soon after the incident.

Police charged Brennand with violating procedure and training after he went to the car.

Cantu was eating a hamburger in the car when Brennand, a rookie cop still on probation, arrived at the fast food joint to respond to an unrelated disturbance, police said.

Brennand spotted Cantu’s car, which he believed had evaded it the day before, and demanded the teen get out of the car and open the driver’s side door, police training commander Alyssa Campos said at a news conference in October.

Brennand fired his weapon several times as the car backed up and continued on as he fled the scene, authorities claimed, before Cantu, who was with an unharmed passenger, was found by police.

The car’s license plates did not match those of the vehicle, but the car was not stolen, police said.