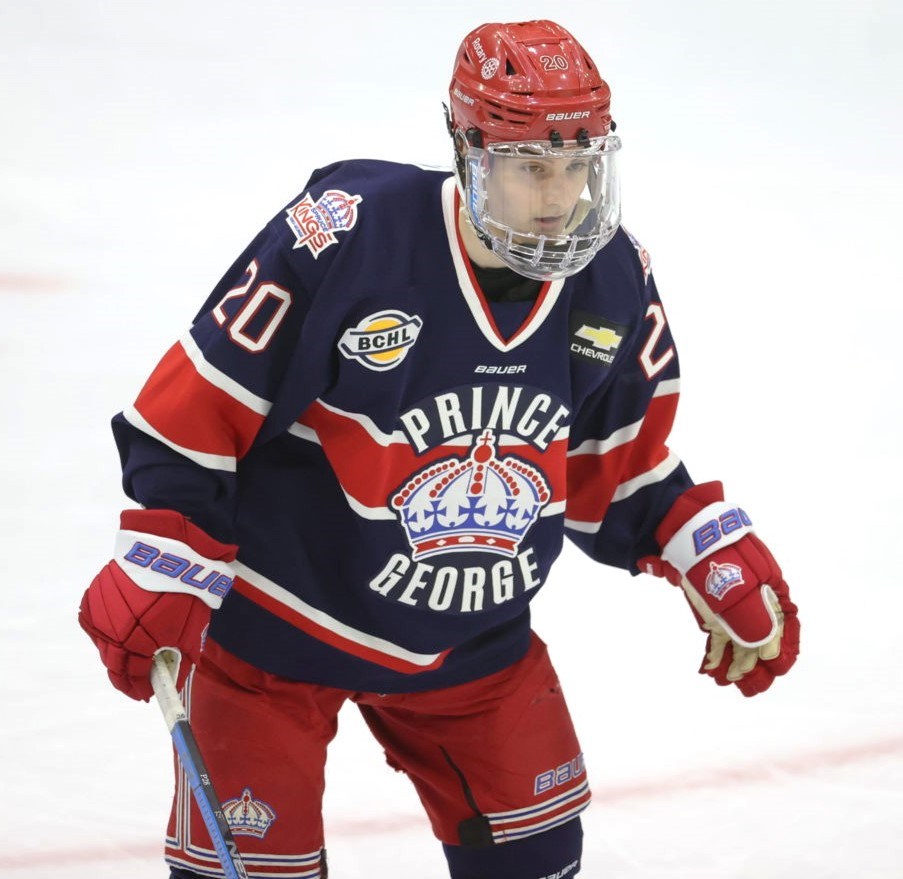 Next fall, he will add a third to that list: Sault Ste. Mary in Michigan.

A former prodigy of the Cariboo Cougars hockey system, Herrington is completing his fourth and final season in the BC Hockey League and will head east to attend Lake Superior State University and play with the university’s NCAA Division 1 hockey club.

Before then, however, there is still a big chunk of hockey left to play here and make its mark on the junior A club, potentially leading them to a second consecutive playoff run. In a poll of BCHL head coaches, Herrington was selected for the BCHL 3-on-3 All-Star Game in Penticton on January 21.

‘It’s been good. We’ve had a really good start,” said Herrington, who leads the club in scoring with 13 goals and six assists and 19 points in 20 games.

“I am really enjoying my season so far. We are now rolling. My linemates are doing very well, coming into the corners. I owe most of my success to them.”

On November 11, the club recorded its 10th win (10-5-1-1) on the road at Merritt, but it was against the same Centennials the night before, a 3-2 loss, in which Herrington managed to score both goals. .

Herrington recorded his first BCHL hat-trick on Oct. 22 at Vernon and has since had a pair of two-goal games on Nov. 11 in a 3-2 loss at Merritt and last Friday in a 4-3 win at Trail. winner to beat the Smoke Eaters came with 70 seconds left.

“It is a different role for me in the team this year. I’m becoming a bit more of a leader. I’m carrying a letter now,” Herrington said.

“It’s a cool experience and it’s a good experience for me. I broke up with another guy who wore the ‘A’ last season, so this is my first year wearing the A full time.”

For the boy from Hudson’s Hope, the love for hockey started at a young age.

‘My dad used to pick me up from school when I was three and four, and then we would go to the ice rink. They would be nobody on the rink from about 3:30pm to 7pm. We would stay there for four hours and then eat. We did this three, four times a week,” Herrington added.

His father, he said, also built him an outdoor track to hone his skills.

“I started as a defender, because that was my father, but I realized that I liked scoring much more than defending, so I switched. I like confrontations… another battle I had to win.”

It was probably that drive that got him noticed by scouts during Chilliwack’s 2020 pod season.

“We played 20 games in about 40 days in one venue and I think they were watching a lot of those games. In the summer they offered me a scholarship.”

“It is one of the smaller schools in a close-knit community. It’s about five minutes across the border from [Sault Ste. Marie, Ont.] Canada. I think a lot of their Canadian players will just walk across the border and get Tim Horton’s all the time.”

However, the 20-year-old plays coy when asked if that was a deciding factor for him to sign.

When asked if there were any major influences in his young hockey career, one name came to mind: former Spruce Kings defenseman and Northeast BC/Yukon U-18 Trackers coach Gerard Dicaire.

“He kind of made me into the player I am today, which got me this far,” said Herrington.

But no matter how far his future takes him, he will always be remembered for the place where he grew up.

“We are so proud of him. The community is really proud of him,” said Dave Heiberg, mayor of Hudson’s Hope.

“He was so talented at such a young age. That’s such a hard racket to break into, but he works really, really hard for it. Very seriously, because you have to be at that age. We wish him well !”