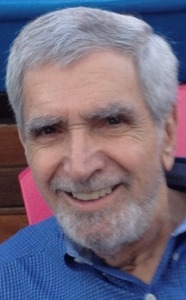 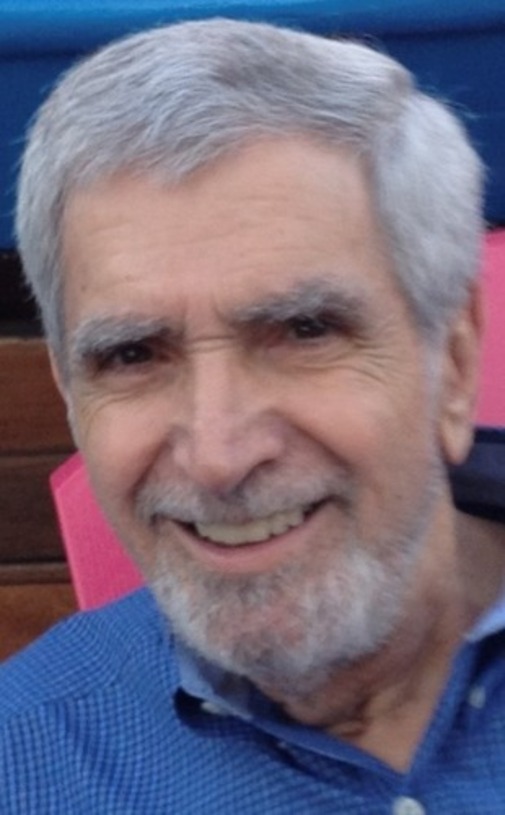 Salem – Mr. Robert J. Guerriero 90, of Salem, beloved husband of Christine M. (Sullivan) Guerriero, died peacefully on Friday, November 18, 2022 at Salem Hospital after a valiant battle with illness.
Born in Saratoga Springs, NY, he was the son of the late Jerry and Louise (Ruscitto) Guerriero. Raised by his incredible aunt, Anna (Auntana) and her husband, Nicholas Pacelli. He was educated in the Saratoga Springs, NY and Schenectady, NY schools and was a graduate of the Christian Brothers School. He continued his education and received his bachelor’s degree from Sienna College.
An honorably discharged veteran, he proudly served his country as a member of the United States Army during the Korean War.
Mr. Guerriero started out as a professional department store buyer for the former Hecht Co in Washington DC, Lit Brothers in Philadelphia and A&S in Brooklyn. He was appointed Director of Advertising for Shetland Vacuum and in 1968 founded The Journeymasters where he is currently President & Executive Director.
Mr. Guerriero was ahead of his time in many ways. He was a true innovator in incentive travel and marketing. As a pioneer who founded a completely new company, Bob was respected all over the world. By offering incentive travel programs to Fortune 500 companies, The Journeymasters enabled these companies to reward their exceptional performance with unique travel experiences. He was often credited for helping these companies take performance to new and great heights.
Bob was a renaissance man and a true creative genius. He loved creating once in a lifetime experiences for his clients. From toga parties in Rome, magical dinners on the Orient Express and the first dinner at the foot of the David statue in Florence, if he dreamed it, it became reality through his hard work and professional insight.
Highly respected throughout the Incentive Travel Industry, Mr. Guerriero was 1 of the 4 founders and the 1st full term President of the Society of Incentive Travel Executives. He was the first president of the SITE Foundation and the recipient of the SITE – Lifetime Achievement Award. He was named an honorary citizen of Venezuela and named Tourism Personality of the Year for Rio de Janeiro, Brazil. He served on the IT&ME Advisory Board for 7 years and on the Las Vegas Corporate & Incentive Travel Council for 10 years. A true grandfather of the Incentive Travel Industry, throughout his career he was credited with too many “Firsts” to list. He was a true pioneer and pioneer in the industry. There is a long list of people that Bob graciously guided and changed their lives. Bob learned everything he knew to be the best at what they do.
Bob endeared himself to many with his vibrant personality and creativity. He had a great sense of humour. A brilliant man in many ways, Bob’s talents led him to write poetry, prose and “hot emails”. He was loyal, generous and a very principled gentleman. He will be deeply missed and his mark on this earth is forever etched in the memories he allowed others to create through his hard work and resourcefulness.
Bob loved football and hosted famous Super Bowl parties in his mahogany boardroom.
But most of all he was a caring and devoted husband. He and his beloved wife, Christine, have traveled extensively around the world and enjoyed every moment and experience together. They really were a great team and their love for each other was genuine. Love remains.
In addition to his beloved wife, Bob has three other wives who became part of his family. Ileana Rousseau, who generously and selflessly donated half of her liver to Bob in 2002, allowing him to enjoy the good life for another 20 years. Journeymasters, Kris Sierra (“Wife #2”) and Nancy Coletti (“Wife #3”) with whom Bob enjoyed working for over 30 years.
Bob is survived by his loving wife of 28 years, Christine M. (Sullivan) Guerriero, sisters, Mary Lou Guerriero and Mary Ann Sinnenberg, mother-in-law, Shirley Sullivan, sisters-in-law, Cynthia Fortier, and husband, Paul and Ciara O’Keefe. Many cousins ​​and extended family including his precious nieces, Kailagh, Courtney and Kathleen O’Keefe with whom he had a special relationship. Predeceased by brother, Sylvester, sister, Rita and husband, Albert, cousins, Arthur Pacelli and wife, Katerina (living), Eugene and Katherine Pacelli, and Anthony Pacelli. He was the father of the late Keith Guerriero and his wife, Lori, and daughters, Roberta Wilson and husband, Peter, and Marcella Guerriero.
His funeral will be held from O’Donnell Cremations – Funerals – Celebrations, 84 Washington Sq., (at Salem Common) Salem, Monday, November 28 at 10:15 a.m., followed by his funeral Mass at Immaculate Conception Church, Hawthorne Blvd., Salem at 11 a.m. Relatives and friends invited. Burial at Greenlawn Cemetery, Salem. Visiting hours on Sunday 27 November from 3:00 pm to 7:00 pm. Expressions of sympathy may be made in memory of Robert at the American Liver Foundation PO Box 299, West Orange, New Jersey, 07052 or at liverfoundation.org. To share a memory or express condolences, please visit www.odonnellfuneralservice.com.