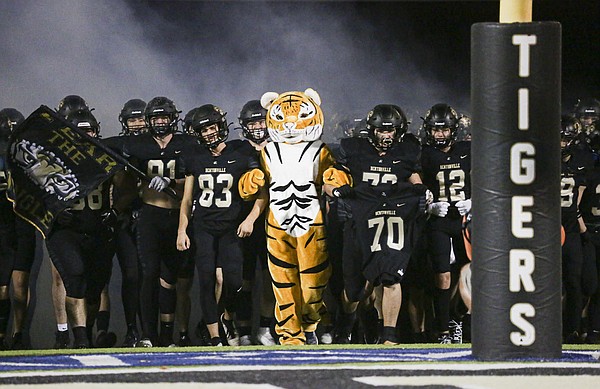 BENTONVILLE — Ben Pearson opened his locker and immediately caught the stench of a dirty pair of socks hanging next to his Bentonville Tigers practice gear.

Jokes were a specialty of James Maunu, and laughter seemed to follow him everywhere. Dirty socks mysteriously stashed in a teammate’s locker, replacing a good pair of cleats with a pair from the lost-and-found box, or something to brighten the mood or put a smile on faces of family and friends.

“Jimmy loved dad jokes and practical jokes,” says Marci Maunu, James’ mother. “He loved to make people laugh. He brought a lot of joy to a lot of people. We miss that a lot.”

James Maunu was 17 years old when he died on June 19 from complications related to type 1 diabetes. He was 14 when he was diagnosed, Marci said. He had lost an unexpected amount of weight, an early symptom of the condition.

“It was actually my mom who first noticed that he was drinking a lot of water,” said Marci. “James was one of those kids who never complained about anything. He just thought he wasn’t feeling well and it would blow over. I knew he ate a lot, but as a 14-year-old boy playing football, there there was nothing abnormal about it.”

Marci said it was a relief when they found out what was causing the weight loss and endless thirst.

“Once we found out what it was, we were able to learn how to treat it,” she said.

James moved to Bentonville from North Carolina prior to his freshman year. Marci said he instantly fell in love with the young ninth grade Tiger football team, probably because he had already attended several schools growing up.

James’s outgoing personality quickly earned him friends on the team and built a bond that perhaps only those who had lockers next to each other understand. A brotherhood or kinship often develops between teammates who fight together through the same grueling practices and the same problems off the field.

Peyton Tedder has played on defense with Maunu since they were ninth graders together. Every Friday night this season, Tedder wore James’ No. 70 jersey onto the field for Tiger football games, to ensure the team remembers their fallen teammate who would have been in the middle of the Tigers’ 10-1 season on their way to tonight’s game. Class 7A state semifinal home game against Cabot.

“I’m very proud to have made sure James is honored,” said Tedder. “I’m proud to wear his jersey, but I’d much rather be locked up arm in arm as he walks out of TAC. [Tiger Athletic Complex]. I miss him. We all miss him.”

James’ death hit the team hard because it came so suddenly, Pearson said.

“I had just hung out with him the night before,” he said, “it was a shock to everyone, and honestly we’re still trying to understand it.”

Counselors were made available to those who needed them and to help those who were struggling with the loss of a classmate and teammate.

Tedder said James Maunu was a friend he could turn to if he needed to talk about anything.

“I think that’s what I miss most, just having a friend I could go to, whatever it was,” said Tedder, who said he will continue to keep the Maunu family in close contact long after the season has ended. “James was a true friend, a man who always had your back. Everyone needs a friend like that.”

Football was just one part of James’ life whose interests ranged from being a Lego master to a career in sports medicine or a race car mechanic.

Marci’s brother is a dirt-track racer, and James loved spending time learning about engines and how to make cars go faster, she said.

But his first love was Lego at a young age, and he loved to build Lego masterpieces.

“He’d get Lego projects that would take adults days to put together and he’d have it built in hours,” Marci said. “For a while that’s what he talked about being a Lego designer, and I thought, man, that would be really cool.”

Pearson said he often laughed when he watched James take apart and reassemble a mechanical pencil in class.

After James was diagnosed with type 1 diabetes, he later talked about a career in nutrition, Marci said.

Besides playing James’ No. 70 jersey onto the field, the Tigers also sport a circular decal that says “J MAUNU 70” on their black and gold helmets, a tribute to a teammate taken much too soon.

Marci said she is grateful to the players and coaches for their inclusion and support following the loss of her son prior to his senior year.

“I don’t think they expected me to keep going to the games,” she said through tears, “but what the hell am I supposed to do, sit at home? I don’t miss him any less, but it was uplifting to see how his friends who loved him continue to play for him and to honor him.”

Tedder said the team’s inner circle grew closer when they lost their teammate whose death somehow closed factions and helped unite the team with one goal: to play for James.

“Our position meetings have been closer and our team is closer,” he said. “We’ve been through a lot together since James died and we’ve leaned on each other. I know the guys on the defensive line have, anyway. You don’t lose a friend like James who everyone liked and didn’t have an effect on you.

“I want to be the kind of friend to people that James was to me, a guy you can come and talk to no matter what it is. That’s what he was to a lot of people and I feel like that’s the best way I can honor him.” 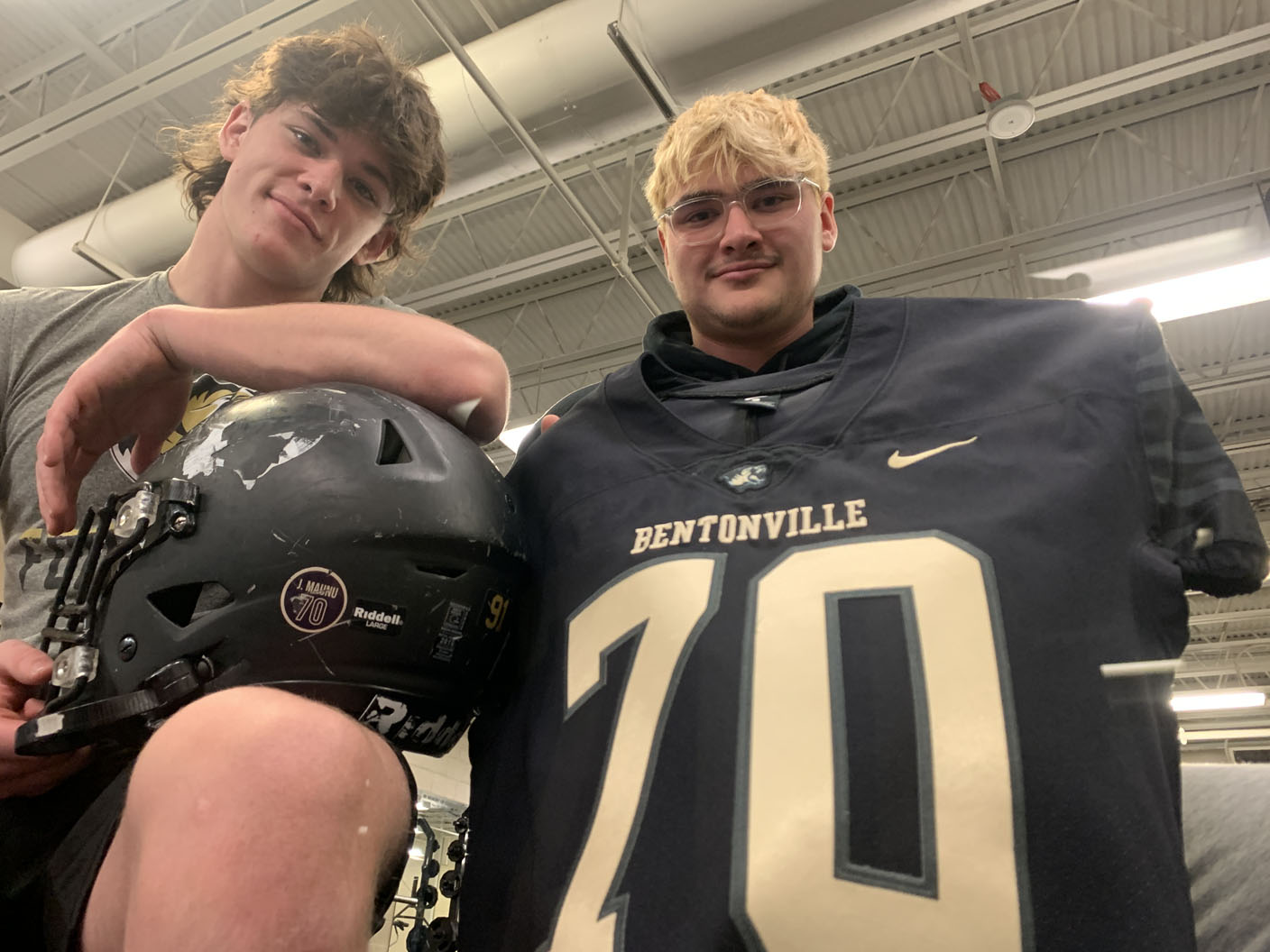 Ben Pearson left and Peyton Tedder, two senior members of the Bentonville Tigers football team, were close friends with James Maunu, who died in June from complications related to type 1 diabetes. Pearson shows a sticker on his helmet that honors their teammate, and Tedder has Maunu’s No. 70 jersey worn onto the field every Friday night. Photo by Chip Souza/NWA Democrat-Gazette 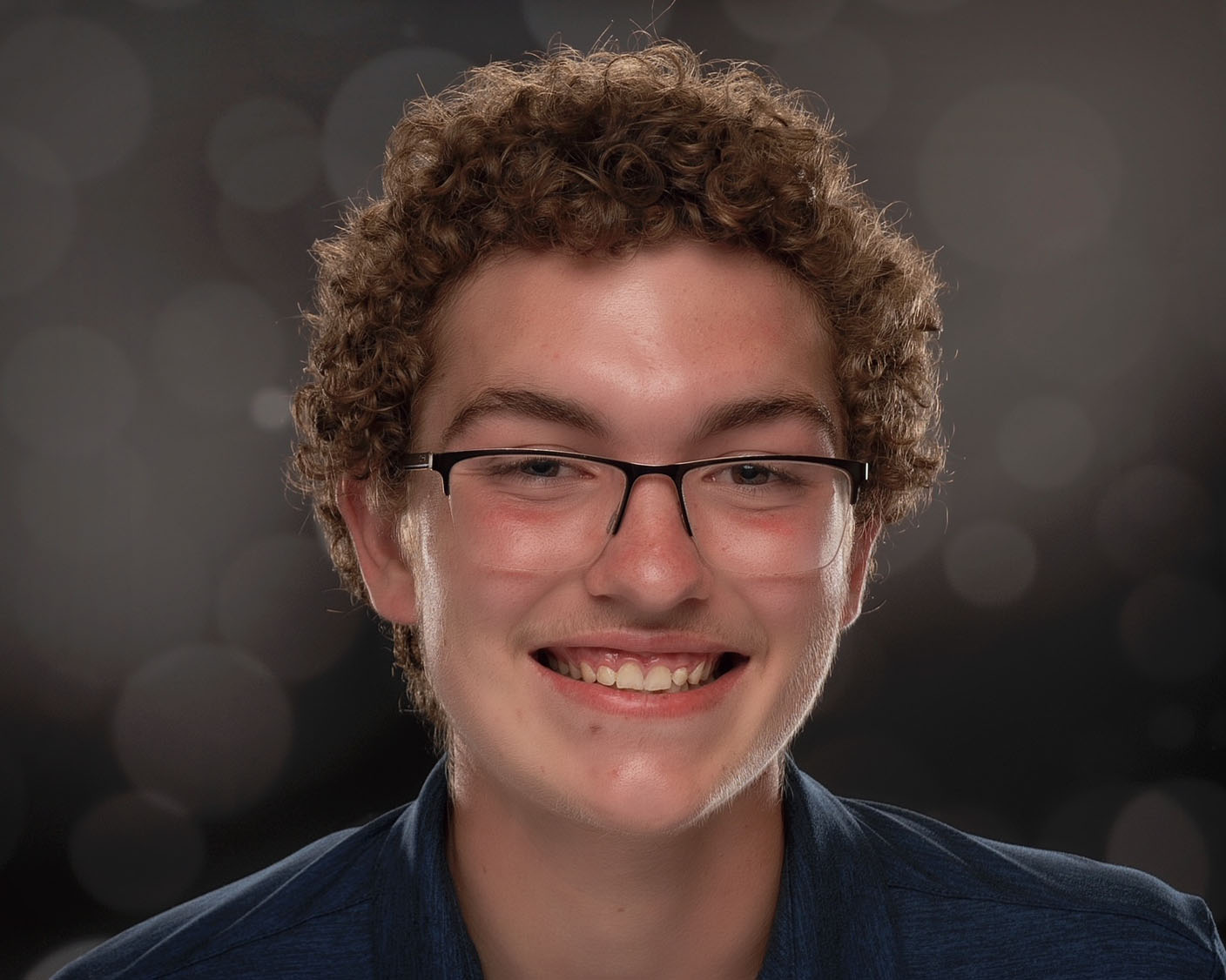 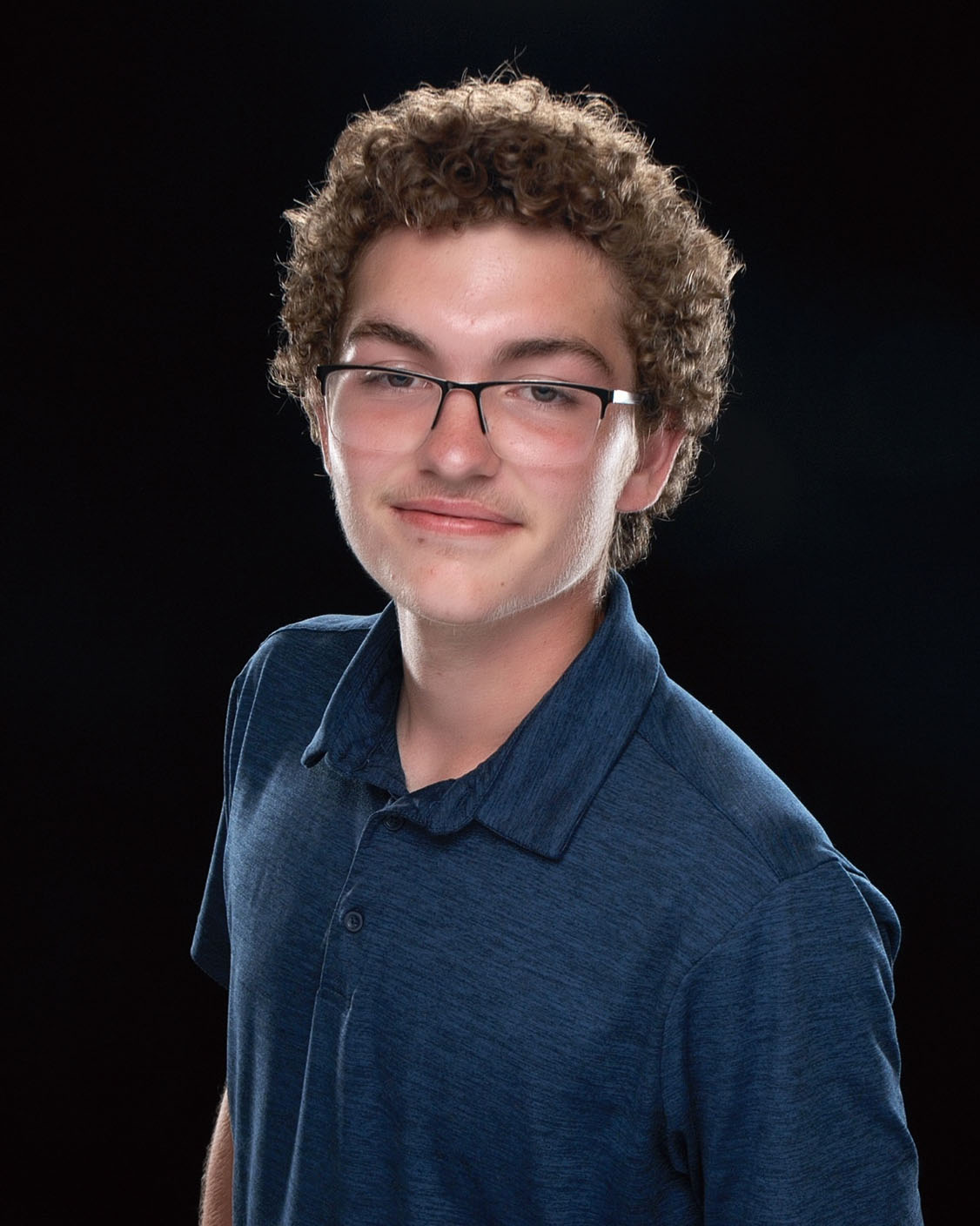 James Maunu, a teenager from Bentonville, died in June of complications from type 1 diabetes.