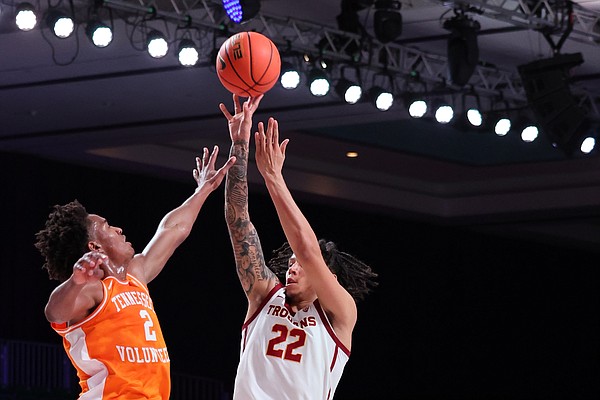 PARADISE ISLAND, Bahamas — Tennessee has played twice without its leading scorer in the Battle 4 Atlantis. It didn’t stop the 22nd ranked volunteers from reaching the championship game.

Julian Phillips scored a season-high 25 points to help Tennessee hold off Southern California 73-66 in overtime in Thursday’s semifinal, setting up a matchup with third-ranked and reigning national champions Kansas for the title.

Phillips, a freshman forward, made 7 of 13 shots and 10 of 12 free throws to go with eight rebounds for the Volunteers (4-1), four of those free throws coming in the OT. It was part of a strong and aggressive performance, with Wilson running on both sides.

The volunteers also received important contributions from Santiago Vescovi, Zakai Zeigler and Olivier Nkamhoua to get through it.

“I think this tournament has been great for us,” said coach Rick Barnes. “We’re still not totally impressed, but playing against a team like we did yesterday and coming back today against a zone team… I knew it wasn’t going to be easy, and it wasn’t.”

Tennessee won despite again without leading scorer Josiah-Jordan James (13.7 points per game) due to pain in his left knee. He had an off-season procedure on that same joint, and Barnes has said he’s day-to-day.

Boogie Ellis scored 21 points in his second major performance in as many days to lead the Trojans (4-2), but USC committed 20 turnovers—six in overtime—that the Volunteers converted to 25 points.

“Our players played hard,” said USC coach Andy Enfield. “They played well most of the game, a lot of the pieces. But some of the ball changes make us go faster and some of them are poor decision making. But it’s hard to turn the ball around that much.”

Tennessee: The Volunteers pulled away in the second half to beat Butler in the final game of Wednesday night’s first round. This time, Tennessee won despite only shooting 3 for 18 from 3-point range, with Phillips and Nkamhoua (12 points) leading.

“We didn’t want to settle for 3s early,” Barnes said of playing against a zone.

USC: The Trojans defeated BYU in Wednesday’s first round after a great performance from Ellis, who scored 21 of his 27 points after halftime. But No. 2 scorer Drew Peterson (15.8) had an error-filled performance with more turnovers (seven) than rebounds (six) or baskets made (four) to finish with nine points. Still, USC had two chances to win it late in regulation.

“We competed today, we had a chance to win,” said Enfield. “Tennessee is a top-25 team and we were there, we had our chances. We are developing and getting better.”

Tennessee also had an advantage getting to the foul line.

The Volunteers were called for 10 personal fouls and reached the foul line for 26 shots, totaling 22. The Trojans were charged with 23 fouls and only got on the line eight times, totaling seven.

“It’s frustrating when there’s such a big discrepancy in the offenses,” said Enfield. “I think they played a very good game with no fouls.”

Vescovi finished with seven points on 3-for-13 shooting, but he overcame that rough shooting day to hit the lead 3-pointer with 1:45 left in overtime.

Zeigler went 4 for 4 on the line in the final 23.7 seconds of overtime to seal the win.

Tennessee: The Vols advanced to Friday’s championship game to face No. 3 Kansas, who won against Wisconsin in overtime in Thursday’s semifinals.

USC: The Trojans will face the Badgers in the third place game on Friday. 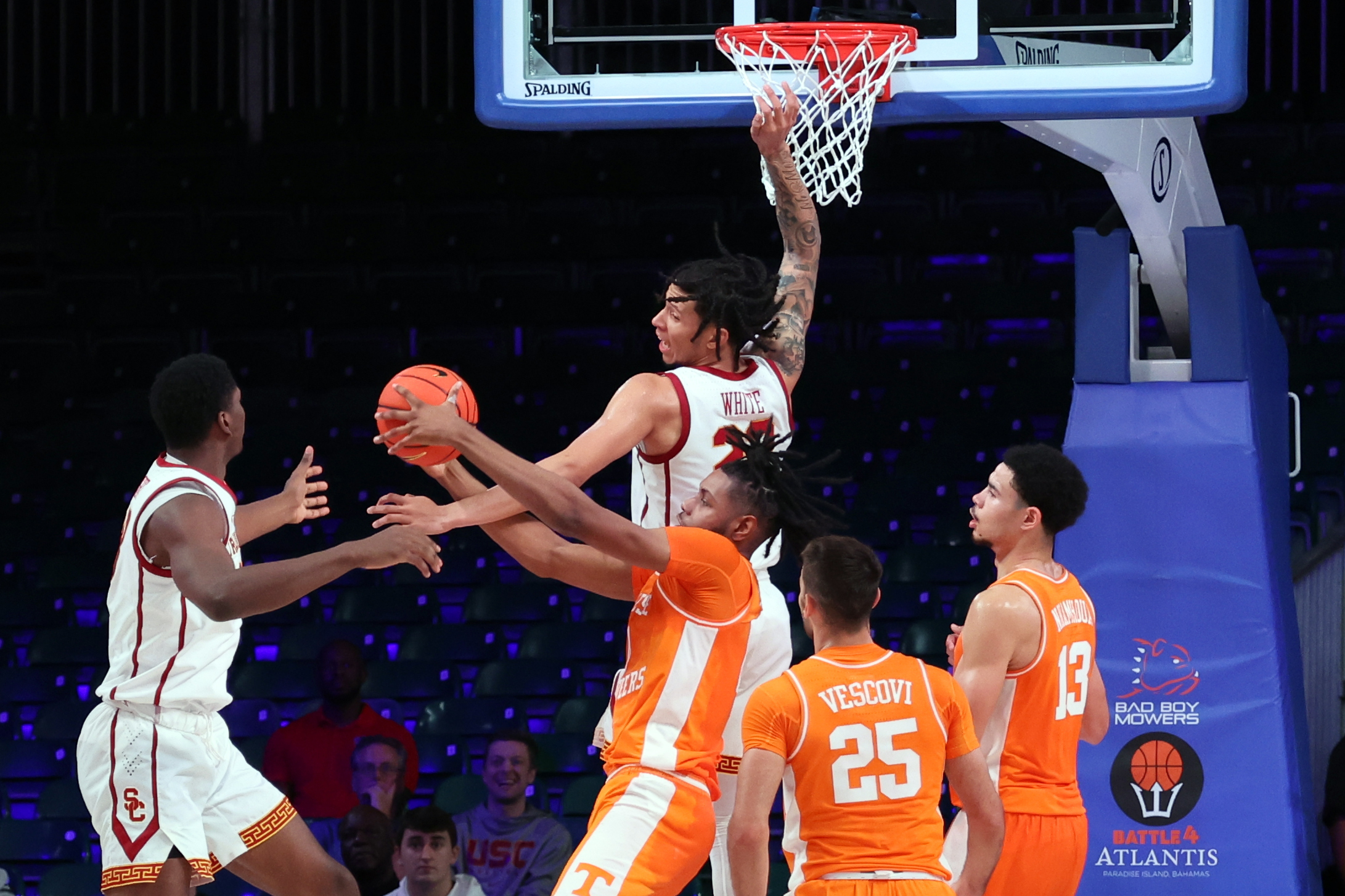 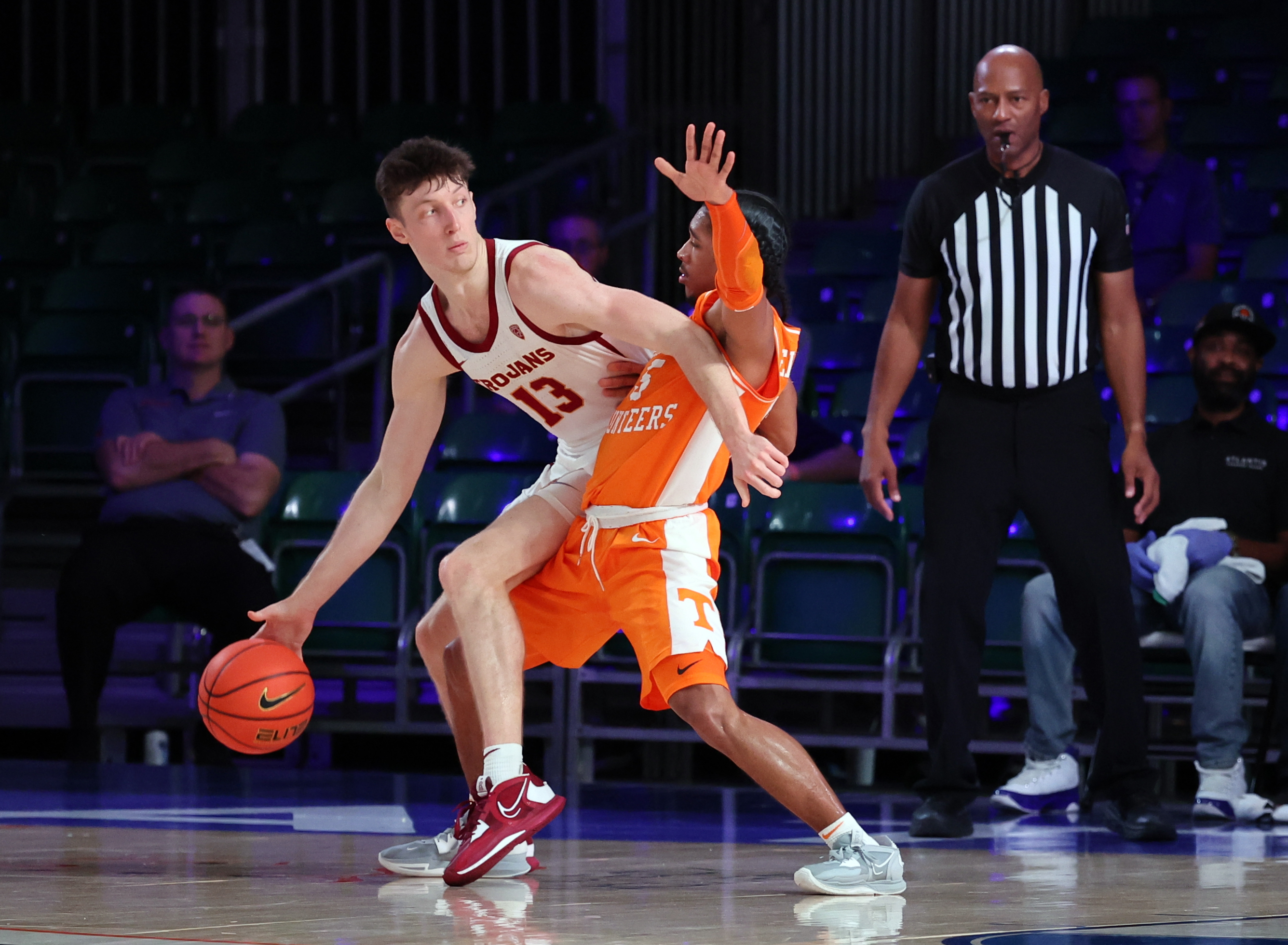 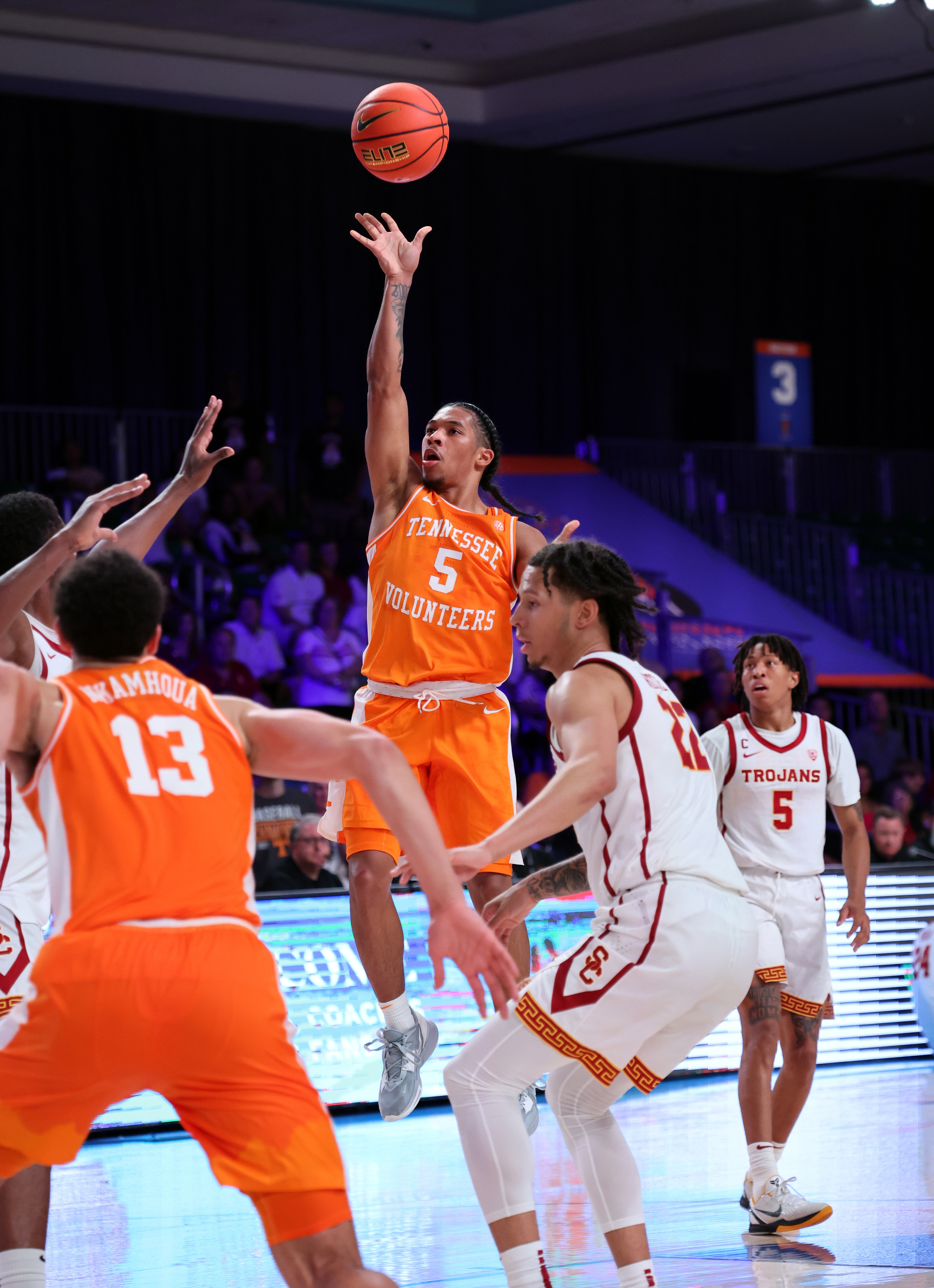 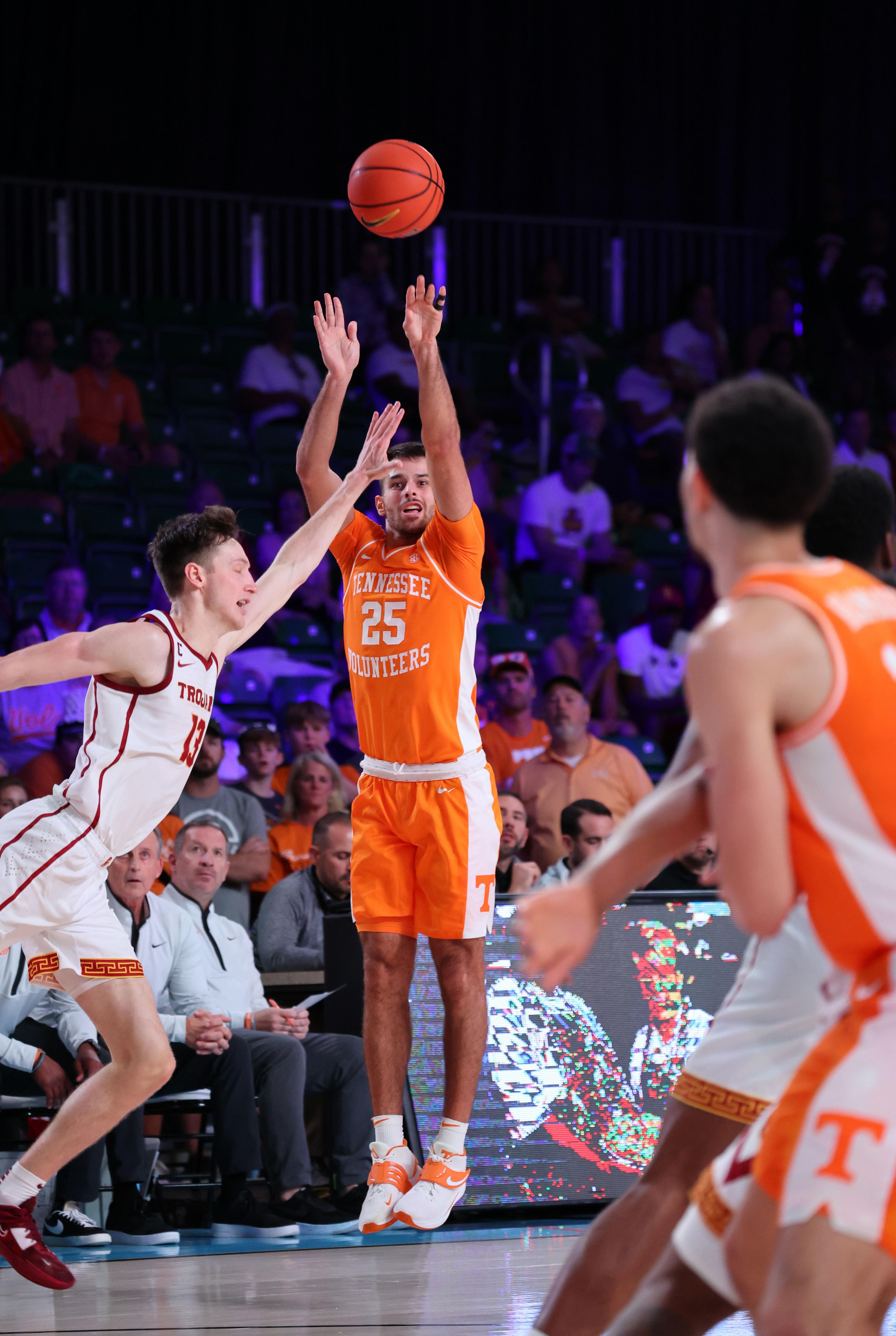