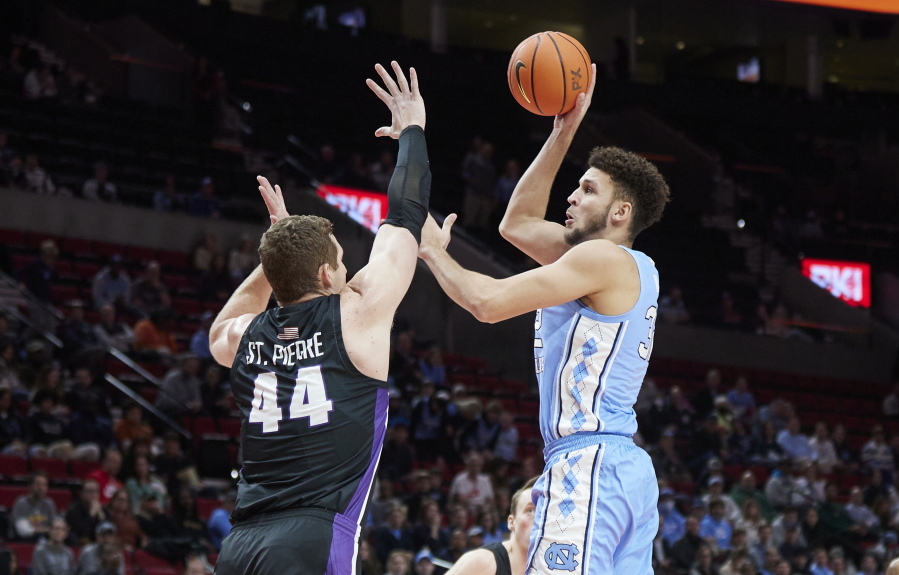 PORTLAND – Prominent North Carolina knew there would be testing over the weekend in the Pacific Northwest.

Unexpectedly, the opener was one.

Pete Nance scored 28 points, Caleb Love added 23 and No. 1 North Carolina withstood the Portland Pilots 89-81 in the opening round of the Phil Knight Invitational on Thursday at the Moda Center.

The Tar Heels (5-0) needed a late 14-3 run to finally pull out of one of the tournament’s host schools.

“I want us to compete consistently and the first five games it’s been there half, it’s been there moments, but it hasn’t been there for 40 minutes on either end of the floor,” North Carolina coach Hubert said. Davis said.

Nance took the lead by 20 points after halftime and matched his career high in scoring from last season while playing for Northwestern.

“All credit to my teammates,” said Nance. “I think they found me in my spots when I was open. I’m trying to work on those shots and they went in today.

Moses Wood led Portland (4-3) with 21 points. The Pilots didn’t let the Heels pull away until the closing minutes as Portland went cold off the field. Portland had just one field goal in the last 4 minutes – Tyler Robertson hit a 3-pointer with 50 seconds left to cut North Carolina’s lead to 84-81.

But that was the last chance for the Pilots, as RJ Davis hit a 17-footer for the Tar Heels with 26 seconds left to put the game away. Davis finished with 13 points, Armando Bacot had 11 points and 13 rebounds, and Leaky Black had 11 points.

“It’s an interesting position we’re in. People have an expectation of what it should look like. And so we should be 20 up at half time. We’re supposed to win every game by 30 minutes,” Davis said. “No. We’re supposed to compete and play hard and improve.”

Portland’s leading scorer, Robertson finished with 13 points after going scoreless in the first half. Alden Applewhite scored 14 from the bench.

“I think everyone is a little disappointed that we didn’t win. We know we had chances to win that game,” said Robertson. “I’ll raise my hand and say I missed some big shots at the end. But I think everyone just sees and knows that these teams that we play in our conference for the rest of the preseason, will play in every game.

Portland took the biggest lead 64-59 when Applewhite scored on a nice backdoor cut with 11:30 left. North Carolina scored 10 of the next 13 points, but Wood’s baseline floater tied the pilots at 69-69 with 7:30 left.

Robertson’s baseline jumper and another floater from Wood pushed Portland’s lead to four, but the Tar Heels responded with their game-winning run.

North Carolina: Portland was the fifth straight team from a non-Power 5 conference to face the Tar Heels to open the season. That will change on Friday with their semi-final matchup. North Carolina has only one game left against a non-Power 5 team.

Portland: It was a huge effort from the Pilots, who faced North Carolina in the opening round of this tournament five years ago and lost 102-78. The Pilots also played without starting guard Mike Meadows due to an injury.

The Tar Heels will face Iowa State in the semifinals on Friday.

On Friday, the Pilots will face Villanova in a consolation game.