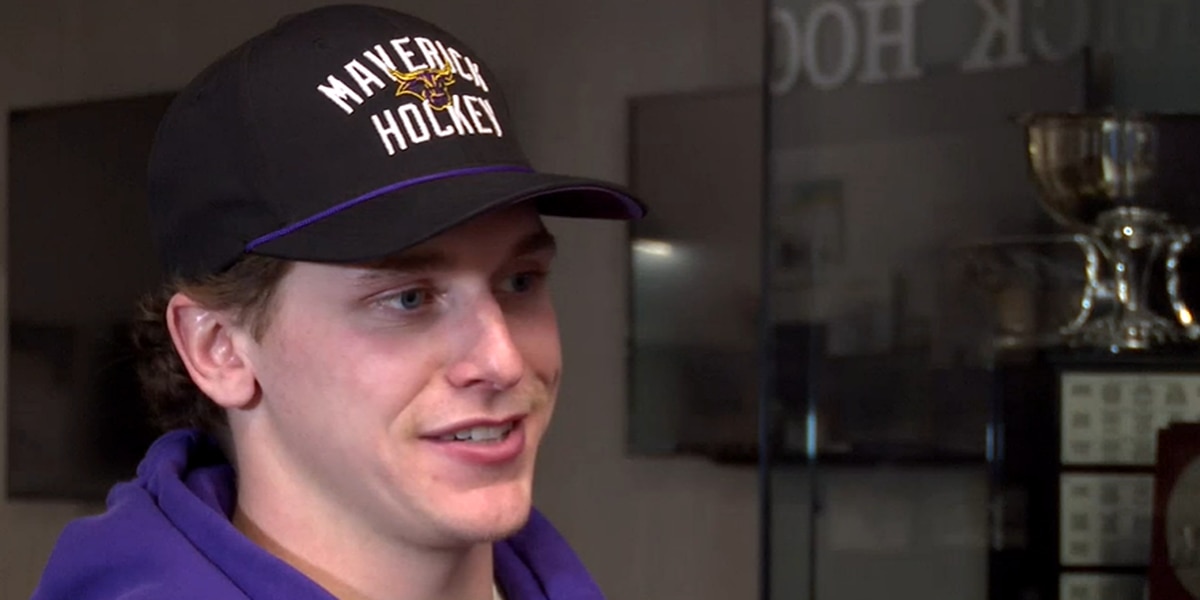 MANKATO, Minn. (KEYC) – In just two seasons of Minnesota’s No. 10 men’s hockey season, Clarkson transfer David Silye has a new leadership role within the team. The junior sat down with Mary Rominger to discuss his climb to the top.

Mary Rominger: David Sylie, when you scored your first hat-trick on the collegiate level, it was against St. Thomas on Hockey Day Minnesota. Fast forward to almost a year later, you do the same thing against the same team. When you think about everything that’s happened for you between those two career moments, what has changed the most and in what areas, specifically, has your game grown the most?

David Silye: Yes, good question. It’s been a long journey. You think of Hockey Day Minnesota was quite an event in its own right and moving forward, the CCHA won that and Mason Cup and that whole fairytale of a story and then went on to the Frozen Four and kind of lost a national championship game. So I think the most important thing for me has been experience, getting to know the system and gaining confidence within our structure in the team, which allowed me to play and get a start that I’m happy with now.

Mr: Behind the curtain, what are some of the biggest differences from last year’s personalities on the team or just on a talent level to this year? Looks like if you guys are able to get the entry to the level you’re working towards, things will feel a little sweeter this year just knowing that the younger players have had to step up and really make a name for themselves, like you from your sophomore year to now junior year, right?

DS: Yes. I mean last year we had a lot of experience with a lot of guys who proved themselves at the college level and guys who kind of got behind them and now it’s time for them to take on a role and I think Furball [Brendan Furry] takes a leading role, Borchy [Cade Borchardt] it’s time for them too to step into the spotlight. And as you mentioned, our freshmen are doing great when they come in. We have great talent and we are waiting to get everything together here and start running.

Mr: Coach Hastings says your day job, the balance you have between academics and athletics is one of the best he’s seen. As you continue to work towards your hockey success, what are your ultimate goals going forward?

DS: I think I’m playing at the highest level I can. It’s always been a dream since I was young and got my first NHL Calgary Flames jersey that I got for Christmas. I think that’s always been the goal and why I fell in love with the sport. Coach really challenged me to show up and he challenges everyone to just be pro every day and I kind of fell in love with that lifestyle of showing up at the rink and just putting your work in and enjoying your free time a little bit of the rink and it’s a kind of equilibrium. Playing hockey is quite a good income so hopefully I can just stick with that and play it as long as possible.

Mr: Looking back on what was now over a year ago, you transferred from Clarkson to Minnesota State, are you proud that you made that decision to trade green and gold for now purple and gold?

DS: Absolute. It’s been quite a journey from where I was a summer or two summers ago to where I am now. It has certainly appreciated the opportunity Minnesota State has given me and the support I’ve received since I’ve been here. So overall very happy.