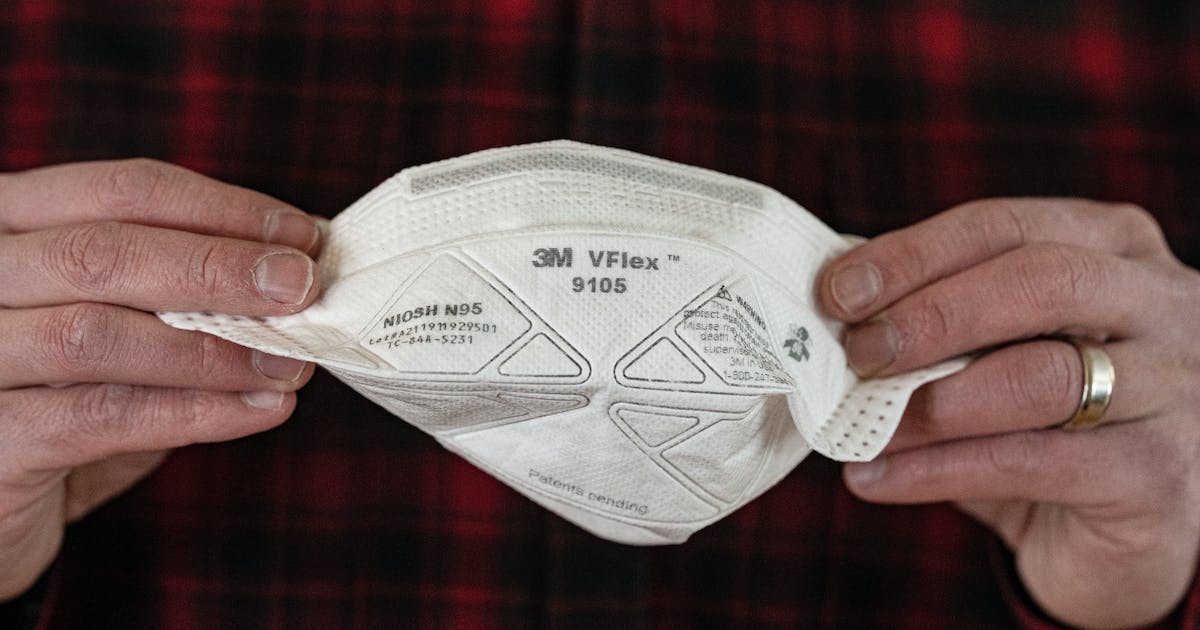 Mask-wearing was new and controversial during the rise of COVID-19, but infectious disease experts are urging Minnesotans to use the practice again against an old foe in the flu.

Michael Osterholm often criticized mask-wearing during the pandemic because people used low-quality masks and wore them ineffectively under their noses and loosely over their mouths. But the director of the University of Minnesota’s Center for Infectious Disease Research and Policy wore high-quality N95 masks at lectures across Europe this fall, emphasizing that a properly worn mask can make a difference this winter.

“I’m a loyal N95 user and I fit it well on the face and not under my nose. And I think that’s what we’re talking about,” he said. “A lot of these [mask-wearing] Recommendations are so generic that the public has no idea what you’re talking about.”

Minnesota experts are encouraging effective mask wearing during the holidays — especially by and around people at increased risk of serious illness — as respiratory viruses spread widely at this time of year.

“It’s never a bad thing not to spread your germs to other people. That’s why we use them extensively in healthcare,” said Dr. Will Nicholson, president of the Minnesota Medical Association. He is also vice president of medical affairs for M Health Fairview’s eastern metro hospitals, which this fall treated patients in ER waiting rooms due to overcrowding.

The early start of the flu and RSV season has already set the stage for a wave of infections. Minnesota reported another 241 flu-related hospitalizations on Wednesday in the week ending Nov. 19 — bringing the total to 713 so far. Even during a more severe 2017-2018 flu season, Minnesota didn’t reach that number until Christmas.

Leading Minnesota pediatricians held a press conference Monday to try to ease the pressure by advising parents when — and when not — to take sick children to crowded emergency rooms. In general, emergency room trips are warranted for a sick child suffering from dehydration, difficulty breathing, or a fever of 100.4 degrees that lasts more than four days. But they also noted that wearing and avoiding masks can reduce disease in the first place.

Wearing a public mask was an oddity in the US before COVID-19, rarely seen in airports. At the beginning of the pandemic, interest increased enormously, creating a shortage of elastic, cloth and, above all, high-quality N95 masks. Minnesota imposed a mandate in the summer of 2020 after supplies stabilized, and by winter nearly 90% of residents were wearing them most or all of the time in public places, according to surveys.

The corresponding flu season has historically been mild, and doctors believe mask-wearing and social distancing played a role. In Minnesota, only 35 flu-related hospitalizations were reported that season, compared to 2,000 to 6,000 in a typical season. Levels of mask-wearing fell below 60% the following winter – after the mandate was lifted – but flu-related hospitalizations remained below normal for the 2021-2022 season at 901.

Mask wearing decreased in 2022 as risks of COVID-19 decreased; the latest estimates put the percentage of masks in Minnesota at around 5%.

The spread of the coronavirus that causes COVID-19 has remained low but stable throughout the fall in Minnesota, according to wastewater monitoring for the virus at 40 treatment plants across the state. The state’s COVID-19 death toll has reached 13,663, but the risk is concentrated among seniors, according to Minnesota’s Weekly Situation Update. Of Minnesota’s 131 COVID-19 deaths so far since Oct. 30, 120 have involved seniors.

Fatigue over masks and political opposition to the controversial mandate resulted in the rapid decline, but people should take advantage of the protection now that there’s additional evidence that they protect against flu and other viruses, said Dr. Mark Sannes, an infectious disease expert at Bloomington-based HealthPartners.

“While we are not wearing masks for COVID purposes, we have a flu peak that we could interrupt by incorporating masks into our daily activities when we are out in public,” he said. “I think this could be a tool that we use intermittently and turn on and off in times like this going forward.”

Osterholm said he was struck by the amount of ineffective wearing of masks under the nose and mouth, even at a time when people don’t have to wear them. He urged people to take advantage of healthier supplies and use N95 or similar high-performance masks.

Early estimates from the federal pandemic suggested that an unmasked person would transmit a contagious dose of the coronavirus to a person-to-person contact within 15 minutes. Osterholm’s CIDRAP made estimates based on industry data and suggested that fabrics or surgical masks would only delay transmission by an additional 5 to 15 minutes in that scenario.

An N95 would protect someone from an exposed, infected close contact for another hour or two, depending on the fit. CIDRAP estimated that transmission of an infectious dose would take 25 hours between two close contacts carrying both N95s with fittest.

Wearing a mask may prove to be an extra precaution against a prolonged and severe flu season, or perhaps an early one. Fears of a tough season arose in Australia, which had an early spike in sick children, but that quickly dissipated. Other parts of the Southern Hemisphere did not report severe flu seasons.

RSV and flu-related hospitalizations in Minnesota last week were unusually high for the fall, but both represented a slight decline from the previous week.

Health officials stressed that masks work best when combined with other strategies, including hand washing, social distancing, staying home when sick and getting recommended vaccinations.