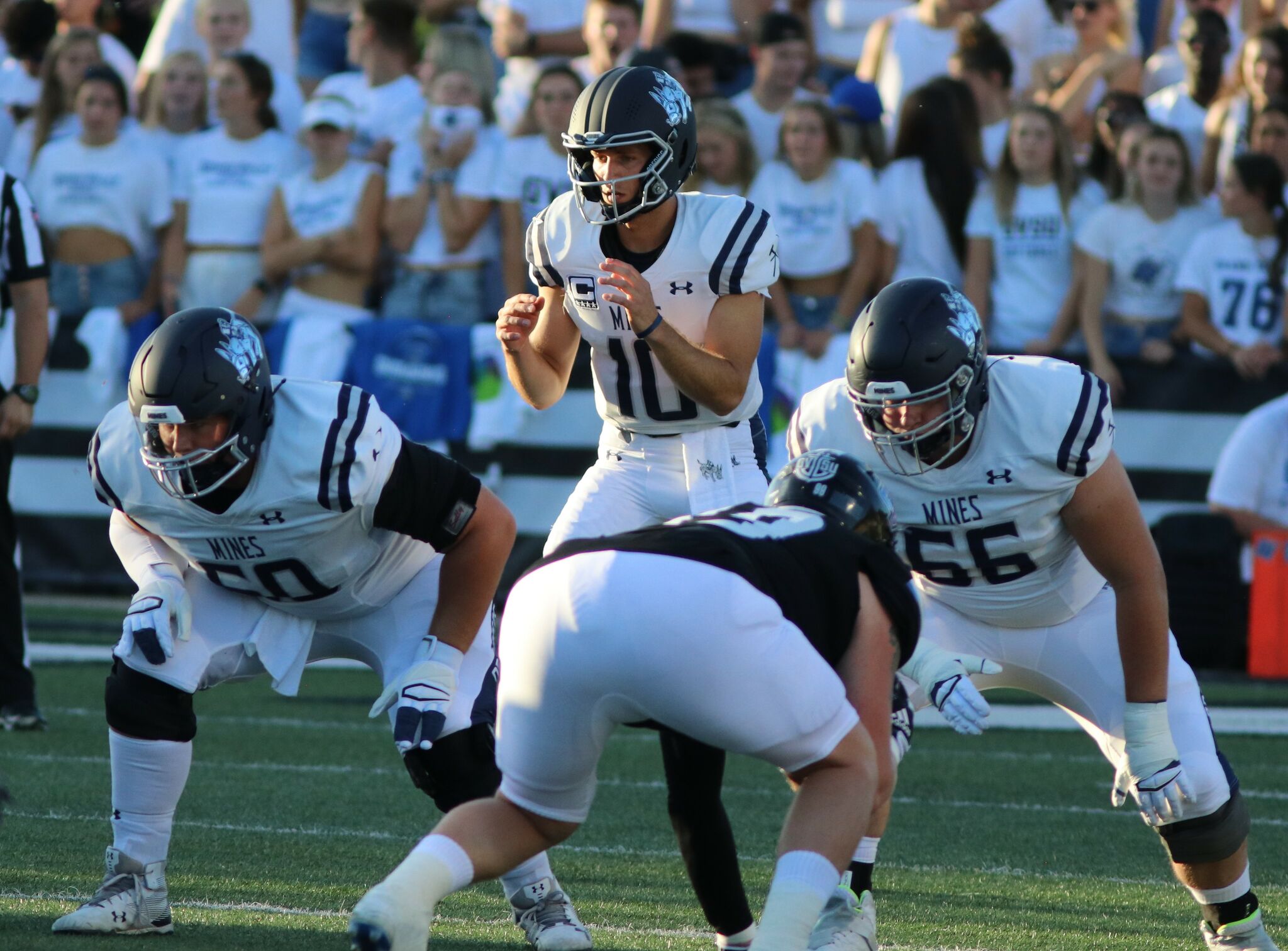 Last week, Matocha was named Offensive Player of the Year for the Rocky Mountain Athletic Conference last week before the Orediggers entered their playoffs in NCAA Division II.

Matocha – who was honored as the RMAC offensive player three times during the season – has been victimizing the defense all season.

The 5-foot-11 senior has a career-high 3,731 yards going through 12 games this fall. Matocha has 37 touchdowns, one less than last year’s 38. According to a Colorado School of Mines press release, Matocha leads the RMAC and the region in “virtually every passing category.”

The former Mustang rushed for 236 yards and two scores.

The senior is approaching his career 10,000 passing yards as he sits at 9,661 going into this week’s playoff game.

To start the NCAA Division II Tournament last Saturday, Matocha threw for 316 yards and four touchdowns in a 45-24 victory over CSU-Pueblo. Matocha has scored at least once in every match this season and four or more in five instances.

Last year, the Orediggers fell in the national semi-finals.

Ke Sean Carter (The Woodlands) had a pair of 100-yard receiving games for the University of Houston this past month. On October 29 against South Florida, the former Highlander had 102 yards and a touchdown. A week later, Carter had a season-high 136 yards and a score against SMU. For the season, the senior has 464 receiving yards and four touchdowns.

In 10 games this season with Wake Forest, linebacker Dylan Hazen (College Park) has 29 tackles and an interception. Hazen has six tackles in the past four ACC games against the Demon Deacons.

Brennan Young (Oak Ridge) made 92 stops in 11 games for Houston Christian University this season. Young, a senior, has one sack and 9½ tackles for a loss.

In 10 games for Texas State, defensive lineman Dominique Ratcliff (Conroe) has made 11 tackles, has an assist on a sack and three quarterback hits. Ratcliff is a freshman in his first season with the Bobcats.

Carly Graham (Oak Ridge) was named a three-time Conference USA Setter of the Year for the Rice Owls last week. Graham, a senior, is up to 1,339 assists on the season (10.45 per set). She became the fourth player in school history and the 24th player in conference history to make 4,000 career assists. The Owls defeated Western Kentucky in five sets on Sunday to win the Conference USA Tournament.

Jadyn Ketner (The Woodland) was named the Dallas Athletic Conference Libero of the Year last week. The Dallas College Brookhaven freshman finished the year second in digs in the NJCAA Division III. Ketner had 696 digs this season.