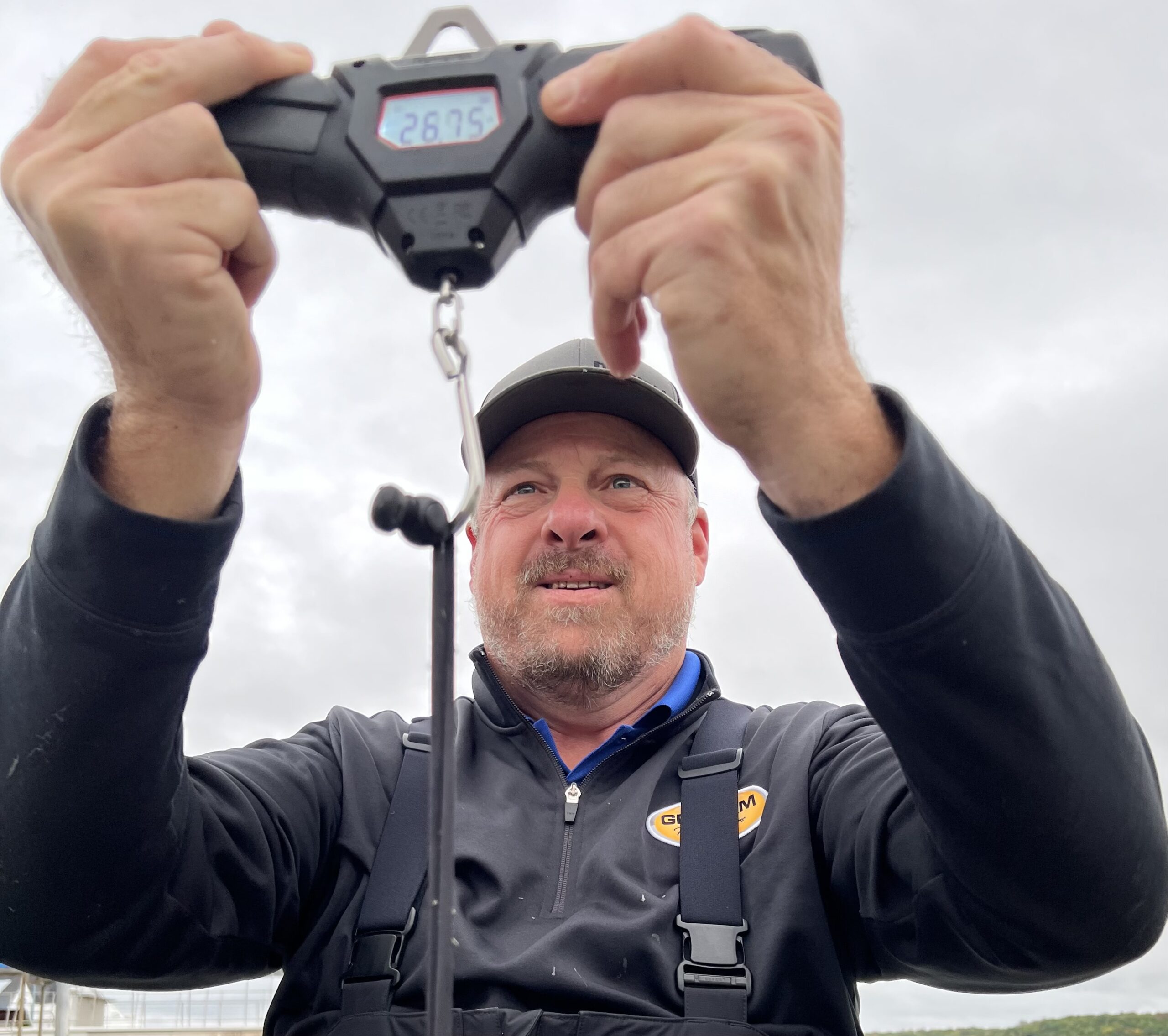 Earlier this week, a friend of mine called from Colorado to catch up, to see how I was recovering from a flu bout, and to discuss life, family, and the outdoors.

While my voice didn’t want to cooperate too much, the conversation was great as Brian and I traveled the world and courted from A to Z. will be moving to Texas soon – and our phone conversation ended, I hung up and thought about what had just happened. And when I did, I smiled broadly.

Because our friendship — and Brian is one of the best friends I’ve ever had — is a fluke that began earlier this century in a dusty New Mexico ranch, when the two of us chased the pronghorn antelope with a bow.

After spending a few days at the camp with owners John and Cary Crist, along with a group of California bowhunters, the ranch emptied out after lunch one afternoon and Strickland and I started talking about bows, arrows, big game, whitetails, family, faith and much more.

At one point in our conversation — the first of hundreds, if not thousands, to have taken place since that August afternoon in the early 2000s — Brian asked a question about becoming an outdoor writer, something he thought he could do and a subject that had always intrigued him.

As I laughed and told him that once he figured it all out just to be sure and let me know, I was really interested in the answer, too, for my own good. I worked for the now-defunct ESPNOutdoors.com and was in the early days of a so-called “career” shift that soon saw me working for several outdoor communications groups. That “career path” continues to unfold to this day, and I am forever in awe—and thankful—that the good God saw fit to pursue my career on a path I never saw coming.

The irony of that conversation many years ago is that Brian does indeed have a tremendous amount of writing talent, eventually becoming a back page columnist for several magazines and penning numerous feature stories about shotguns that he has performed across the country and for every big game species. conceivable. Today he is the Equipment Editor for Bowhunter magazine and I am amazed at the abilities of a friend I had the pleasure of meeting so long ago in a dusty farmhouse.

As I started thinking about that and figuring it out — it’s Thanksgiving week, after all — it occurred to me that so many of the things I’m so grateful for today came about in the same way, in some unexpected way. . And it also occurred to me that even though I went into hunting and fishing to do the obvious – to go hunting and fishing – that’s not what’s important today.

Instead, it’s the people the outdoors introduced me to along the way, friendships and relationships that remind me that my greatest blessings today don’t come from a taxidermist shop. Instead, they’re the people who fueled my years of outdoor fun, and it’s those relationships I’m most thankful for on this day after Thanksgiving.

For starters, there’s my wife Charissa — not to mention our kids Katie, Zach, and Will — who had no idea what she was signing up for three decades ago when we met on a blind date. In the years that followed, as we built a marriage and a family, she saw the shelves of her refrigerator stocked with game and fish, her bank statements filled with expenses for groups like Ducks Unlimited, and the walls of her home adorned with antlers. , sports art, photographs and other mementos, the art of the modern day caveman whose mind wanders to time spent in the great outdoors.

If CB had to raise me as an adult, then I should also be eternally grateful to a mother who started the process when I was a child. That woman, my mother Phyllis, did her part to fuel my love of the outdoors, even if she didn’t always understand. From birthday and Christmas gifts from Barrett’s Cut-Rate Drug Sporting Goods to coffee tables full of dog-eared copies of outdoor magazines to tolerating my early dog ​​hunting companions like Smoky and Molly, my mom was — is, I should say — a driving force in who I have become today.

She even went above and beyond the call of duty, getting up early before I could drive, taking me to a nearby lake where I had permission to hunt, and waiting – asleep – in the car while her son called in vain for ducks flying overhead at the first light.

My late father Bill also got the train rolling with many fishing trips when I was a kid. My uncle Jake and my cousin Shawn helped light the pilot on a long-ago Thanksgiving weekend rabbit hunt in northeastern Oklahoma, something I’ve written about before in this space. And my cousin Rob Neal and his late father Bill did their bit by talking about ducks and going duck hunting when our families gathered for dinner.

Because my dad didn’t hunt, there were friends and mentors who nurtured my way forward in the outdoors on the hunting side, people like Gary Jacobs, Steve and Andy Rice, Mike Horn, the Moss brothers (Jackie and Troy), and my college friends Mike Bardwell, the late Jeff Camp and Johnny Tarver.

Somewhere along the way I met my old friends Jim Lillis from Sherman, Orvie Cantrell, Jr. of Sherman and Doug Rodgers of Whitesboro. These three gentlemen have continued my educational path in the outside world and have given me more than they will know. For the past two years, I’ve really enjoyed our meetings at City Limits, even though these days we talk more about hunting than going out together. Add Brock Benson, Dale Moses, and others to that, and conversations about the outside world are almost as much fun as the real ones are.

Hunting is one part of my life and career, while being a fly fisherman is another. When I think back to that arena of life, it’s easy to focus on some of the great moments – a bull trout on a five-weight fly rod in British Columbia, a 15-pound silver salmon on an Alaskan river, a beautiful… large blacktip shark in Florida, and a fat East Texas largemouth bass.

But behind all those memories are people. Scott Cox from Tom Bean sold me my first fly rod and I haven’t recovered yet. Then there’s Rob Woodruff, my old best friend and a fly fishing guide who now lives in Arkansas with his wife Jenny, who taught me a lot of what I know about the sport. There’s also my friend Steve Hollensed, a Tom Bean-based Orvis fly guide for Texoma stripers and one of the co-founders of the Red River Fly Fishers. There’s my good friend Dr. David Coble, as good a fly fisherman and fly tyer as you can get. My old boss Jeff Phillips slips into the mix, as does Denison’s Charles Allen and some long-ago rivers in the 49th state.

Even my two sons get into the mix here and over the past few months have found their way into a deep love of fly fishing. Will even went fly fishing in the spring of 2021 while on his honeymoon in Montana and Zach kept me going this past spring with lyrics about his own fly fishing ventures on Lake Texoma, the Blue River, the Lower Mountain Fork and more.

Which brings me to this last thought outside the home on my annual trip down Memory Lane about what to be thankful for on this day after Thanksgiving. It’s something I’ve done annually since I started writing in this space in the early 1990s (by the way, without the outdoors I never would have met my good friend Jason Della Rosa, who edits this crap every week), and I think it’s about time is to keep the tradition alive once again today.

This last tidbit comes from a trip that took place on a cloudy, cool October night a few weeks ago after a downpour engulfed the Texomaland region. Once the radar cleared, I found myself on the big lake in the Skeeter bass boat owned by local businessman and extraordinary fisherman Brett Graham.

We were on the hunt for big blue catfish (more on that subject soon), a game of fishing that Graham has been using for the past several years with amazing results.

On this particular fall evening, as the light faded and memories of some great catches on a slow afternoon satisfied us, our conversation changed a bit as we began sharing and reminiscing about great times spent on the water.

But more importantly, we reminisced about great times on the water with great people. Brett is one of those great people by the way, and I always appreciate it when we get to spend time on the water together.

At one point I looked across the still lake – there was not another boat in sight – and began to take it all in, including the time, the place, the big fish and the experience.

But what mattered most in that twilight moment was a pleasant conversation with a good friend with whom I enjoy hanging out and talking a little about fishing. For the undersigned it was perhaps the best outdoor moment of the year.

And on this day after Thanksgiving, as I try to polish another piece of my wife’s pumpkin pie and look for the Christmas decorations, I am once again reminded that, for all its difficulties and challenges at times, a life spent in the great outdoors can be as big, grand and beautiful as the state of Texas.

Especially when it comes to the people – the family, the friends and the acquaintances – who have made the past 12 months so memorable and enjoyable as I got out and enjoyed the Creator’s grand outdoor canvas.

Because in the end it is the people who are ultimately the greater blessings in life, much more important treasures than anything with feathers, fur or fins.