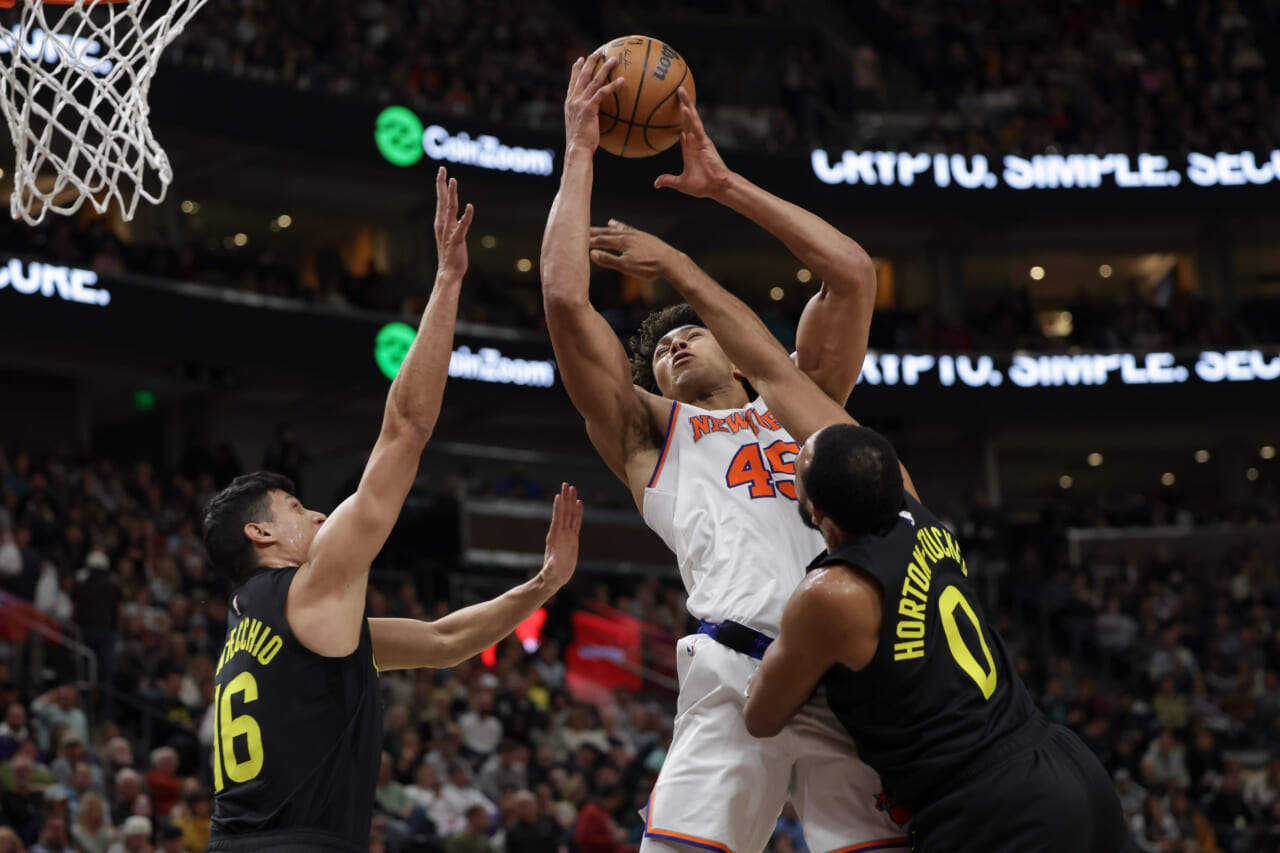 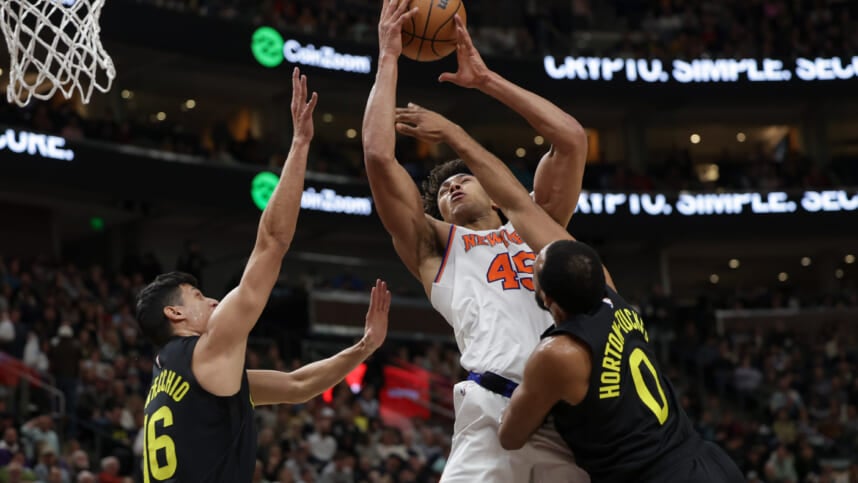 It’s a gift that allowed the Knicks to measure the development of sophomore center Jericho Sims. Sims jumped at the chance and now it’s too hard to ignore his growing game.

“So Jericho keeps getting better and better. His athleticism allows you to switch gears a bit more. He can guard everyone on the floor. He covers a lot of ground. And so his screening is very good. His pressure on the rim is very good. So those are things we need from him.”

Sims flourished during Robinson’s eight-game absence, averaging 6.0 points, 6.4 rebounds and 1.4 blocks, while shooting 78.6 percent from the field in 18.7 minutes. He logged in two double-doubles during their trip to the west coast.

But as Sims took off, Robinson’s main backup, Isaiah Hartenstein, took a nosedive.

Robinson’s injury was like a curse for Hartenstein, who had three two-point games and one scoreless outing during the absence of their starting center. After recording two consecutive double-digit rebounds after Robinson’s sprained right knee in Philadelphia on November 4, Hartenstein has since recorded one double-digit rebound. His playing time has drastically dropped to 17 minutes or less in the last three games.

“It’s getting used to a different role where it’s more like them, I think. Not more of what I’m used to. That was a bit more difficult. And so I just adjust to a more Mitch (Robinson) roll, where I just roll in the pick-and-roll.

Hartenstein thrived as one of the top backup centers in the league last season, with the Los Angeles Clippers averaging 8.3 points, 4.9 rebounds and 2.4 assists in 17.9 minutes. He shot a career-high 46.7 percent from behind the arc as a big man on the ground playing in the high post.

The Knicks picked him up from the free agency and sold him the same role. But after a promising start, Hartenstein quickly becomes an afterthought. His three-point accuracy has dropped to a career low of 23.5 percent. In half of the games Robinson missed, Hartenstein failed to attempt a three-pointer. His assist average also dropped from 2.4 last season to a whopping 0.8 as a result of his new role, even though he plays more (23.8 minutes).

Thibodeau has deployed all three centers since Robinson returned two games ago.

In Robinson’s first game back from injury, Hartenstein started but ended up playing the fewest minutes with 15. Robinson saw 17 minutes, while Sims got 16 during the Knicks’ 116–95 loss in Phoenix. The next day in Oklahoma City, the trio split 44 of 48 minutes, with Robinson finishing with the fewest minutes (13) despite starting when he left the first half after experiencing pain in his sprained right knee. Hartenstein played 16 minutes while Sims saw 15.

“All three of those guys are a little bit different.”

Playing all three centers when healthy is not on Thibodeau’s long-term plan. So who will be the odd one out?