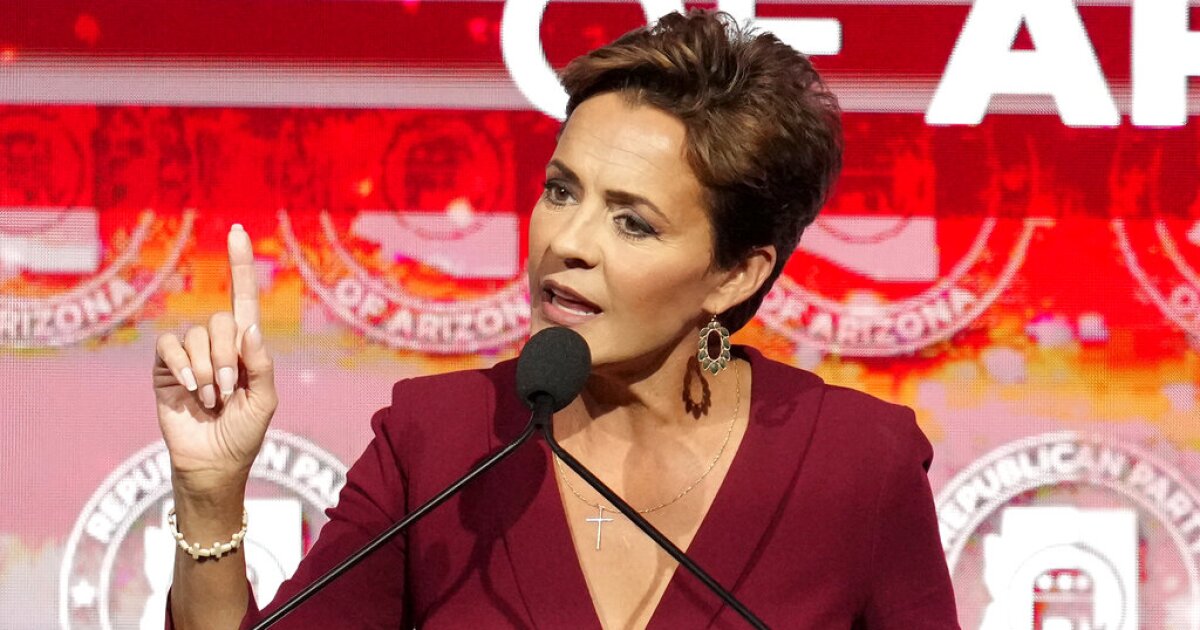 Arizona RRepublican gubernatorial candidate Kari Lake has filed a lawsuit against Maricopa County for its administration of the midterm elections.

Lake, who has vocally expressed doubts about her loss to Democratic challenger Katie Hobbs, filed the lawsuit Wednesday in Arizona Superior Court. In it, she sues Stephen Richer, the Maricopa County recorder, and other officials.

Lake asks the court to require the officials to provide records of how they conducted the midterm elections.

“Given instances of misprinted ballots, mixing of counted and uncounted ballots, and long lines discouraging people from voting, as evidenced by the accompanying statements, these records are necessary for Plaintiff to understand the full extent of the identified issues and their impact on determine voters. ‘ reads the suit.

The lawsuit also asks the court to require that records be submitted ahead of the county’s solicitation of voting results scheduled for Nov. 28.

Lake has refused to budge. On Monday, the Republican nominee said, “If we give up now, we’ll have no more country.”

“Would you get on a plane if HALF the engines weren’t working?” she asked in a letter released Monday. “Could our friends in the media be broadcasting their nightly propaganda if HALF their studio equipment was down?”

CLICK HERE TO READ MORE FROM THE WASHINGTON EXAMINER

Bill Gates, chairman of the Maricopa County Board of Supervisors, said that despite a problem with some tabulator machines in Maricopa County on Election Day, voters were given alternative ways to vote.

Outgoing Arizona governor Doug Ducey (R) met with Hobbs on Wednesday and said he would work with her to ensure a smooth transition.

“Today I congratulate Governor-elect Katie Hobbs on her victory in a hard-fought race and offer my full cooperation as she prepares to assume leadership of the state of Arizona,” Ducey said in a statement.