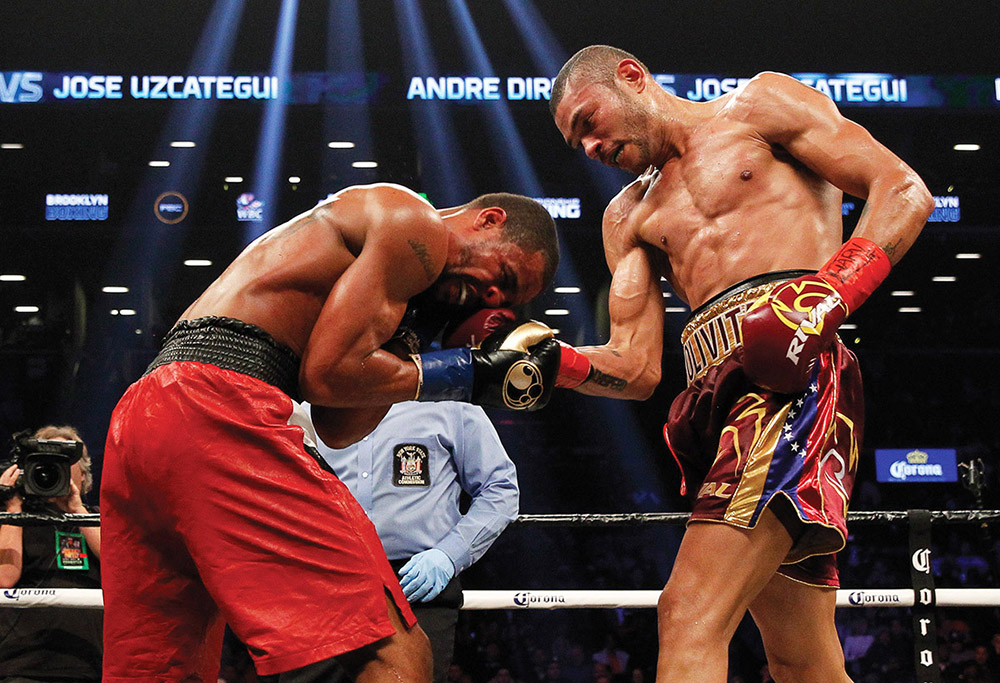 “I am excited to return to fight on Showtime on December 17,” said Uzcategui. “I see this fight against Shishkin as my chance. I leave it all in the ring in this fight. It’s all or nothing for me once I step between the ropes.”

Uzcategui (32-4, 27 knockouts), who is originally from Venezuela and now lives in Tijuana, Mexico, lost to Caleb Plant by unanimous decision in February 2019. Uzcategui first attempted to defend the IBF title after the sanctioning body elevated Uzcategui to full title holder after James DeGale vacated the title in July 2018.

Since losing to Plant, Uzcategui has won four of his last five matches. In his last fight on May 20, 31-year-old Felipe defeated Romero in the second round.

Shishkin (13-0, 8 KOs), born in Stepnoe, Russia and now living in Detroit, Michigan, will make a big move in opposition to Uzcategui. In his last fight on March 5, Shishkin stopped Jeyson Minda in the sixth round. He is currently ranked No. 10 by The Ring at 168 pounds.

“This is an incredible opportunity for me to get closer to my ultimate dream of becoming a world champion,” said 31-year-old Shishkin, who is trained by SugarHill Steward. “My opponent is a strong former champion with a proven track record and excellent skills. However, me and my team are doing everything we can to be 100 percent by December 17. I believe I am facing a great opponent who will allow me to show my fighting style.”

Potapov (23-2-1, 11 KOs) has not fought since June 27 last year and defeated Oscar Duge by unanimous decision. Potapov, who is originally from Podolsk, Russia and now lives in Brooklyn, New York, has won his last three matches since losing to Joshua Greer in July 2019.

Astrolabio (17-3, 12 KOs), who lives in General Santos City in the Philippines, recorded the biggest win of his career in his last fight on Feb. 26, defeating former world title holder Guillermo Rigondeaux by unanimous decision.

The 25-year-old has won his last five matches since losing to ZongLe He by majority decision in December 2018.

Francisco A. Salazar has been writing for The Ring since October 2013 and has covered boxing in Southern California and abroad since 2000. Francisco also covers boxing for the Ventura County (California) Star newspaper. He can be reached at [email protected]