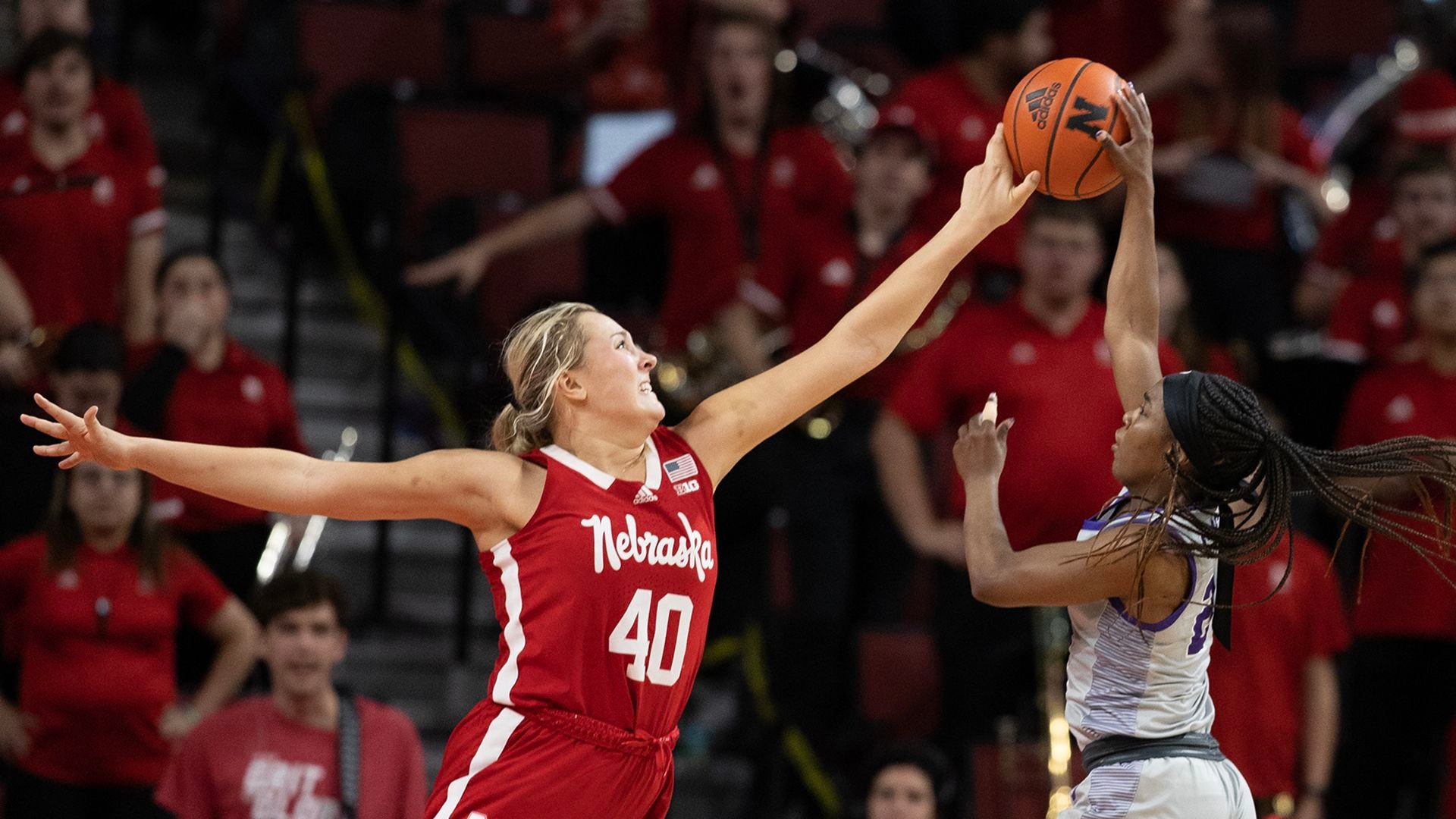 Lincoln – Alexis Markowski and Isabel Bourne both produced double-doubles as Nebraska dominated the paint in a 71-53 women’s basketball victory over Tarleton on Tuesday night at the Pinnacle Bank Arena.

Markowski scored 16 of her season-high 24 points in the second half, while also pulling down 12 of her 18 career rebounds after halftime. Lincoln’s 6-3 sophomore also tied his career with three blocked shots and three steals while adding two assists. It was Markowski’s second double-double of the season.

A 6-2 forward from Canberra, Australia, Bourne added her first double-double of the year with 14 points and 10 rebounds, while adding a block and a steal herself.

Yes Shelly just missed a double-double himself with eight points remaining, along with a season-high 12 assists. The 5-9 guard from Moe, Australia added six rebounds to help the Huskers post a season-high plus-27 (53-26) rebound margin against the Texans.

Nebraska improved to 3-2 on the season, while Tarleton slipped to a matching 3-2 on the year.

In addition to big nights from Nebraska’s three returning starters, the Huskers racked up a season-high eight points, including a pair of three-pointers from Trinity Bradywhile Kendall Moriarty added a career-high eight points from the bench.

The Huskers also welcomed the return of the graduate guard Sam Hayby, who played six minutes for the Big Red in the first two-plus quarters. Haiby, who missed NU’s first four games of the year after originally expecting to miss the entire season with a leg injury, played an even more important role after starting guard Allison Weidner left with an eye injury after scoring the first two points of the game about a minute into the game. Haiby produced four rebounds, an assist and a steal.

In a low-scoring first quarter, Nebraska used a pair of 6-0 runs to take a 12-8 lead into the second period. The Huskers added to the lead in the second quarter and took a 31–24 halftime lead.

The Huskers then stormed out of the locker room to build an 18-point lead at 45–27 with 6:07 left in the third quarter. Brady started the wave with a three-pointer, before Shelley and Bourne scored back-to-back baskets to put the Big Red up 38-24. Markowski then pushed the margin to 16 with a second chance.

Tyler Jackson stopped NU’s 9-0 run to start the second half by burying a long three-pointer, before Markowski answered with a traditional three-point play to make it 43-27. Markowski scored again on a mid-range jumper to cap Nebraska’s 14-3 rise to start the quarter.

However, 20 seconds later, Haiby left the game and did not return, and Tarleton took advantage with a 16-3 rise. Teresa Da Silva, who led Tarleton with 24 points and five assists, scored the final 10 points of the blowout to pull the Texans inside 48–43 heading into the fourth quarter.

Markowski, who scored Nebraska’s last 10 points of the third quarter, added NU’s first basket of the fourth quarter on a putback. After a Shelley layup, Markowski then scored on back-to-back possessions to cut Husker’s lead to 13 points at 58-45 with 5:14 remaining. Tarleton was never again able to reduce the margin to single digits.

The Huskers open a four-game road swing by traveling to San Juan, Puerto Rico early Wednesday morning. NOW opens the Puerto Rico Clasico by taking on Texas A&M-Corpus Christi on Friday at 12:30 PM (CT), before facing Mississippi State on Saturday at 12:30 PM (CT). Both games feature live video streams from FloSports and are available to listen to for free on the Huskers Radio Network, including Huskers.com and the Huskers app.