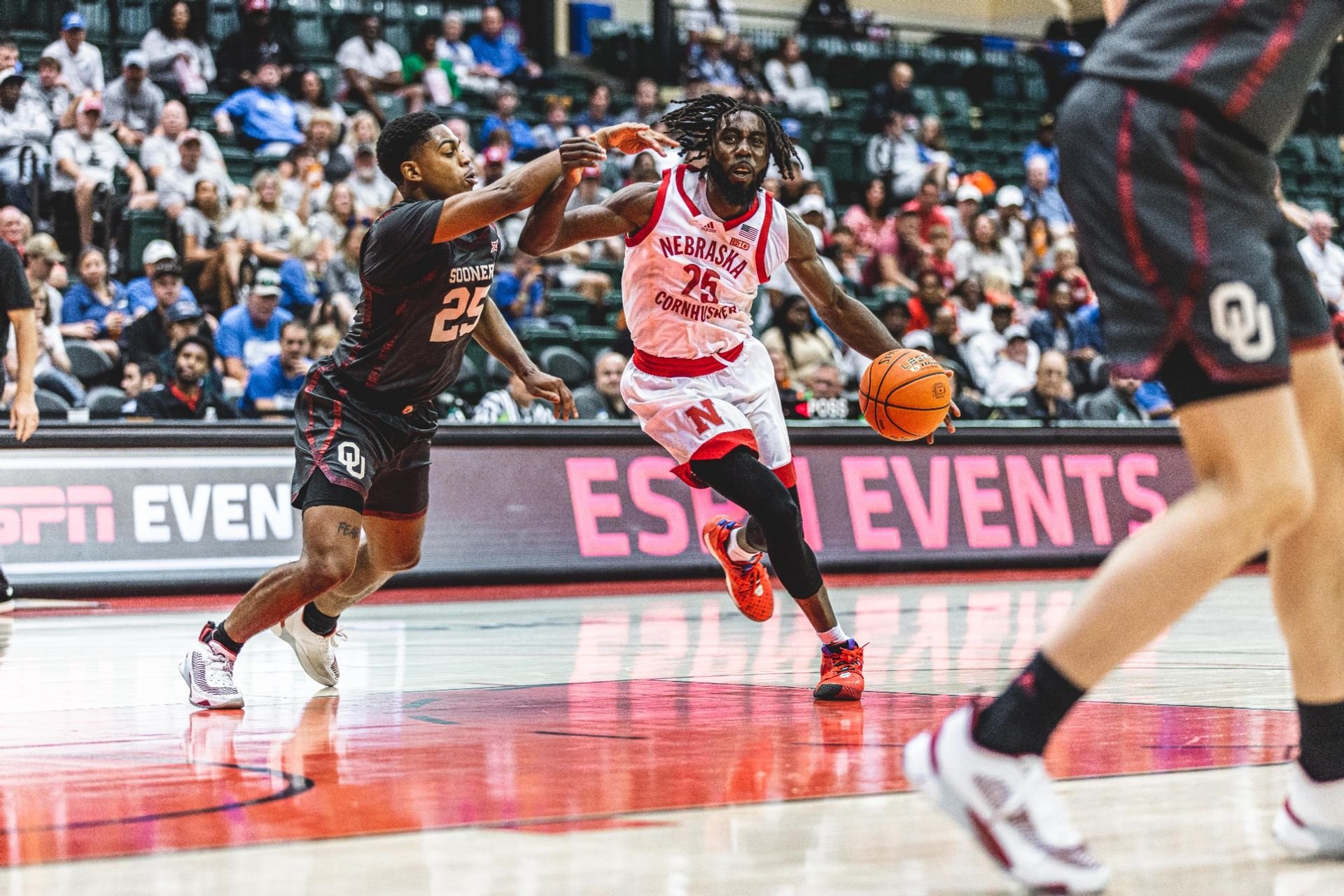 Juwan Gary had a team-high 16 points, but Nebraska shot just 42 percent from the field in a 69-56 loss to Oklahoma in the first round of the ESPN Events Invitational Thursday afternoon.

Gary passed Nebraska (3-2) for the second straight game as he hit 7 of 16 shots from the floor and grabbed seven rebounds to help the Huskers enjoy a 35-23 advantage on the glass, but Oklahoma shot 51 percent , including 9-of-20 from 3-point range.

Emanuel Bandoumel was the only other Husker to finish in double digits. A total of 13 points and a team-high five assists while C. J. Wilcher added nine points and five boards.

Tanner Groves led four Oklahoma (3-1) players in double digits with 17 points on 7-of-8 shooting, including 3-of-3 from 3-point range, while Jacob Groves added 16 for the winners.

In the first half, the Huskers endured some hot shots from Oklahoma in the first 15 minutes, but fell behind 41–34 going into the break in the final five minutes.

Both teams were red hot early, as Nebraska hit its first five shots from the field, as the Sooners went 5-of-7 from 3-point range to build an early 17-12 lead. Gary, who had 11 points in the first half, scored five in a row to tie on 17 with 12:26 left in the half, but the Sooners came right back with seven unanswered to take a 24-17 lead after the three-pointer by Bijan Cortes. . The Huskers came in 28-22, but another 7-0 Sooner spurt secured a 13-point lead as Oklahoma shot over 60 percent for most of the half before cooling off.

Trailing 39-26, Bandoumel and Gary led NU back as the Huskers clung to the defensive end and held OU to just one field goal in the final 4:30 of the period and came within 39-33 on Gary’s layup with 2:04 left in half.

The Sooners scored the first five points of the half to take a 46-34 lead, but Nebraska would fight back. The Huskers walked five consecutive points to come within 49–43 with 12:56 left on a pair of free throws from Bandoumel. NU, which only shot 35 percent in the second half, hung around on the defensive end and held OU to just a pair of field goals for eight minutes.

Trailing 51-43, NU has several possessions to make it a two-possession game, but missed six shots in a row to get closer. Baskets from Grant Sherfield and Jalen Hill extended Sooner’s lead to 12 with just over seven minutes remaining. From there, the lead fluctuated between 10 and 12 until OU got three straight baskets, turning a 63-53 game into a 16-point cushion.

Nebraska Postgame Notes
*-Today’s meeting with the first against Oklahoma since the 2010-2011 season when both schools were in the Big 12.
*-Juwan Gary reached double digits for the second game in a row with team-high points and added seven rebounds. Gary led NU in scoring in each of the past two games.
* – Nebraska defeated Oklahoma 35-23, the third time in five games that NU had a margin of more than 10.
*-Oklahoma shot 50.9 percent from the floor, the highest percentage NOW allowed this season. NU had kept its last eight opponents below 50 percent since last year.
*-Emanuel Bandoumel finished with 13 points, his highest result since November 10. Bandoumel also dished out a season-high five assists without committing a turnover in 35 minutes of work
*-Blaise Keita had the first two blocks of his Husker career on Thursday