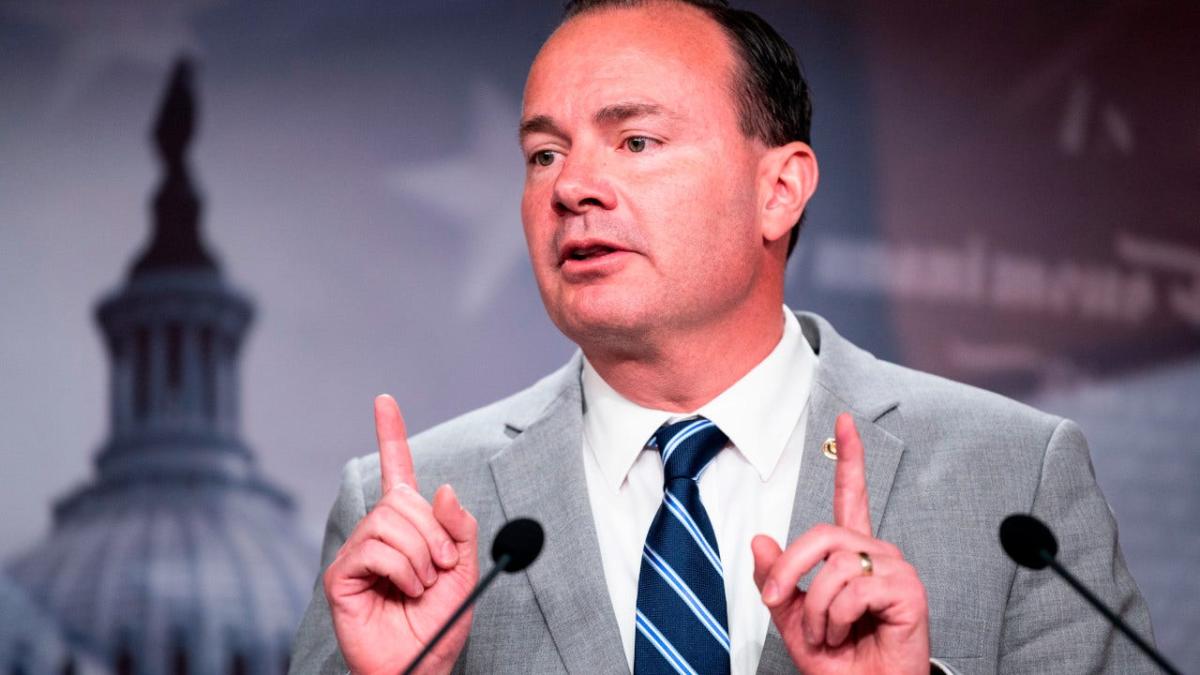 EXCLUSIVE: A conservative think tank is spending more than $1 million to run ads during NFL and college football games over Thanksgiving, hoping to keep a new bill codifying same-sex marriage out of the Senate endzone next week, at least until lawmakers add new ones. protection of religious freedom to the bill.

The Heritage Foundation’s campaign is being launched ahead of a final vote in the Senate on Monday to pass the Respect for Marriage Act, which would codify the right to same-sex marriage.

Heritage and other conservatives say the bill is misleadingly named and would not create new rights for same-sex couples and leaves believers vulnerable to lawsuits and other forms of retaliation.

“America’s religious freedom is under attack by this approaching Senate vote,” said Kevin Roberts, president of the Heritage Foundation. “This legislation does not add any additional benefit to same-sex couples in the United States; it is an attack that paves the way for taking away rights from people of faith. deserves all the facts.”

The group accuses Democratic lawmakers of “rushing to cram their far-left agenda” ahead of next year’s new Congress, when the GOP will hold a majority in the U.S. House of Representatives.

READ ON THE FOX NEWS APP

Heritage says the 50 Senate Democrats and 12 Republicans who voted in favor of the bill last week are “sneaking” through a bill that would “expose religious schools and nonprofits to lawsuits.” exempted status of dissident religious groups.

Senator Pat Toomey, R-Pa., has said it would allow activists to sue dissenting faith groups in an effort to “force them to abandon their deeply held beliefs about marriage or close their doors.”

R-Utah Senator Mike Lee offered an amendment to the legislation to strengthen protections of religious freedom in the bill, but so far the Democratic leadership has declined to vote on the amendment.

The 30-second ad will air on local broadcasts during NFL Thanksgiving Day matchups between the New England Patriots and Minnesota Vikings, Buffalo Bills and Detroit Lions, and New York Giants and Dallas Cowboys. The ad will also run during coverage of four rival college football games, including Iowa Hawkeyes vs. Nebraska Cornhuskers on Friday and Indiana Hoosiers and Purdue Boilermakers on Saturday.

The campaign, which includes $300,000 worth of digital advertising from Heritage Action, the group’s political action arm, will cost a total of $1.3 million, making it the group’s largest ad campaign to date.

Last week, the Senate passed the Respect for Marriage Act through a major procedural hurdle in a bipartisan vote of 62-37, and a handful of Republicans gave the measure enough votes to remove the filibuster.

Senate Majority Leader Chuck Schumer, DN.Y., said the bill is a “simple, narrowly tailored but extremely important” measure, “as personal as it gets.”

Co-author Susan Collins, R-Maine, said the “bill recognizes the unique and extraordinary importance of marriage on an individual and societal level,” and praised the bill’s religious freedom and conscious protections.

But Lee said he voted against the bill “because its religious freedom protections were seriously flawed and largely illusory.”

“Religious Americans will be subject to potentially disastrous lawsuits, while the tax-exempt status of certain charities, educational institutions and nonprofits will be jeopardized,” Lee said, adding that his amendment would have “amplified those vulnerabilities.”