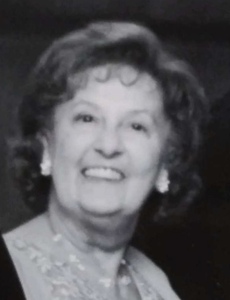 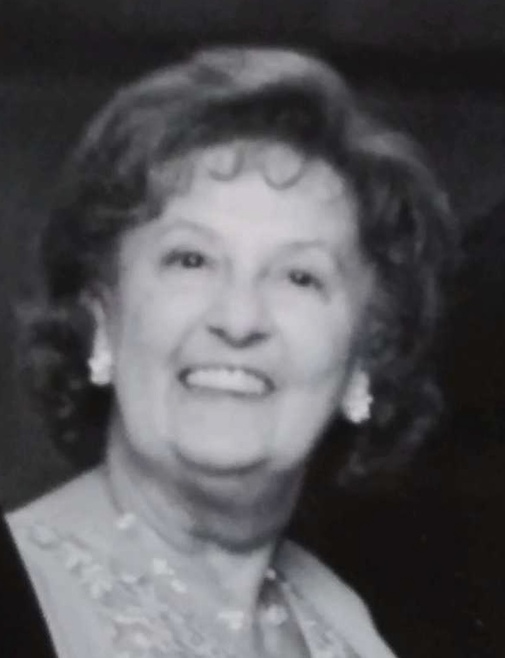 Geraldine Mary Smith, 86, of Fort Mill, South Carolina, passed away Saturday, November 19, at Atrium Health Pineville in Charlotte, North Carolina.
Gerry was born on March 11, 1936 to the late Aloysius and Nellie Courtad in Traverse City. As one of 12 children, she loved her family dearly. She graduated from St. Francis High School and in 1956 married the love of her life, William H. Smith (Bill). As an Air Force wife, she traveled the United States and the world on their military assignments. They had four children, all of whom survived her.
In 1976, Gerry and Bill returned to Traverse City and retired from the Air Force in 1980. Gerry started her second career and worked for Sara Lee Bakery for 30 years. She and Bill were longtime members of St. Francis Catholic Church, and she was also a member of the VFW’s Ladies Auxiliary. After Bill passed away in 2015, Gerry moved to Fort Mill South Carolina to be closer to her children. Her heart never left Traverse City, and she logged a record number of hours online watching St. Francis Mass daily (sometimes several times a day) with her sister Joan in Ohio. Gerry was a ferocious knitter, as evidenced by the hundreds of hats, scarves, and mittens donated that covered Michigan, South Carolina, and North Carolina. She was a strong, generous, loving and independent woman and was blessed to live independently until her passing. She loved to laugh, play cards, knit, do crossword puzzles and travel.
She is survived by her children, Mike (Patti) Smith, Tony Smith, Dan Smith, and Lori (Robert, her favorite son-in-law) Mohler; grandchildren, Harry and Nick Smith, Emily Englich-Mills, Zach Dell-Smith, Thatcher and Anistyn Smith, and Colt Mohler; four great-grandchildren; siblings, Al (Murna) Courtad, Pat Franke, Joan Romis, and Dee Kress; in addition to other extended family members.
She was predeceased by her husband, Bill; and siblings, Gene (Inez) Courtad, Ken (Amy), Marie Keaton, Dick (Maxine) Courtad, Don (Judy) Courtad, Bud Courtad, and Eileen (Rich) Newman; and brothers-in-law, Jim Franke, Luke Romis, and Dan Kress.
The Mass of the Christian Burial will be held on Monday, November 28 at 11 a.m. at St. Francis Catholic Church in Traverse City. Visitation will be held on Sunday, November 27 from 4-6 pm, praying rosary at 6 pm at the Reynolds-Jonkhoff Funeral Home in Traverse City. There is also an opportunity to pray one hour before Mass.
Memorial contributions can be directed to the Father Fred Foundation, 826 Hastings Street, Traverse City, MI 49686
Memories and condolences can also be shared on Gerry’s tribute page, www.reynolds-jonkhoff.com

Sending flowers: when is the order term?

EVERY DAY OF THE WEEK

Order anytime up to the day before

Delivery on the same day

TUES-SA
Order before 3 p.m
The day before

Note: These are general guidelines; some florists may not be able to work within these timelines. During peak periods such as Valentine’s Day, Memorial Day and most holidays, florists can’t always keep up with demand. Tribute will contact you if there are any issues.