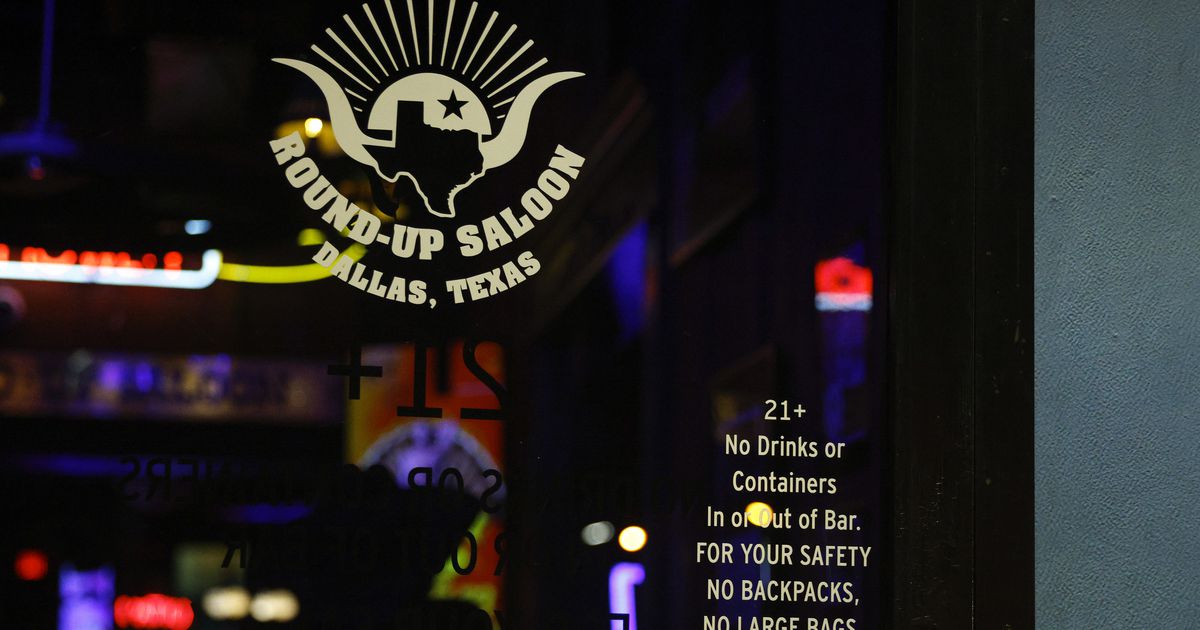 Liberty Lounge is a tiny speck of a bar tucked away in Fort Worth’s historic Southside.

Owner Jenna Hill calls the bar her “little hole in the wall.” Hill, a former teacher whose mother is gay, opened the bar in 2020 to provide a safe haven for queer people.

When Hill learned that five people had been killed and nearly 20 injured at a Colorado Springs gay bar, she cried.

“Queer bars are our church,” she said. “It’s a place where we can come together and feel safe with our family.”

Bars have long served as an invaluable mainstay of queer life, with The Stonewall Inn in 1969 famously ushering in the gay liberation movement in the United States.

This week, gay bars in North Texas reacted with fear and horror to the Club Q shootings, but they also plan to supplement or evaluate their security measures.

Round-Up Saloon and Dance Hall in Dallas announced it will be restricting backpacks and bags larger than a piece of paper. Large signs at the entrance to the bar indicate the new policy.

Another sign says guns are not allowed and can result in a misdemeanor, with 10 years in prison or a $10,000 fine.

The bar, which participated in a moment of silence about 24 hours after the shooting, undergoes quarterly safety training from 24HourDallas, a nonprofit organization that advocates for safe nightlife, said Donnesh Ismael, the bar’s events manager.

“We take this [training] very seriously that when people enter our establishment they trust us to keep them safe,” Ismael added.

Dallas police this week conducted additional patrols near gay bars as a precaution, despite the fact that there are no credible threats against the city’s LGBTQ community, police spokeswoman Kristin Lowman said.

The department’s two LGBTQ liaison officers are in constant contact with local businesses and organizations to discuss concerns and answer questions, she said.

While hiring security would be a business responsibility, Lowman said officers “will always respond if a police presence or a call for service is needed.”

Mr. Misster increased security this year in response to protesters who showed up outside an all-ages drag brunch in June. The bar has contracts with outside security guards to ensure the safety of their guests and staff, owner Trey Stewart said.

“Safety of our customers has always been our number one priority,” he said, “but now more than ever after the recent attacks we’ve encountered, as well as other LGBTQ venues.”

Bars along The Strip, a hotspot for LGBTQ nightlife near downtown Dallas, communicate regularly to ensure safety.

At Roy G’s, bartender Joe Donovan said a police presence gives him a sense of security, but he said many bars and restaurants have glass walls and windows.

“It’s a tricky situation,” he said, “because really, how do you protect against that?”

In Fort Worth, Hill wants to contact other gay bars and the police to start defense classes and active shooting training.

While the Liberty Lounge hasn’t seen a drop in patrons this week, the topic of safety has been at the forefront of conversations.

“Everyone deserves to feel loved, heard and safe,” she said. “There are so many who need this safe space.”