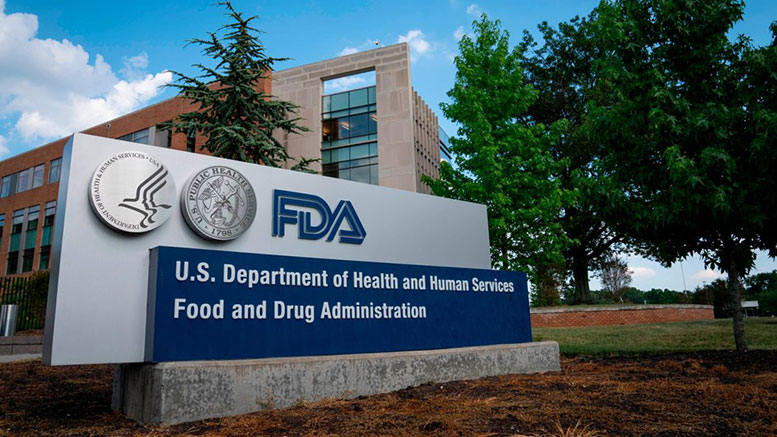 The US Food & Drug Administration (FDA) has issued a new set of warnings to US CBD sellers, citing violations of the Food, Drug & Cosmetic Act.

One company was also cited for illegally selling delta-8 THC.

FDA rules prohibit the marketing of cannabis derivatives in food products, with both CBD and delta-8 THC not approved for human and animal consumption.

FDA said there is still no research that would show how much CBD can be consumed, and for how long, before it causes harm, especially to children and pregnant women. “Scientific studies show potential harm to the male reproductive system, including testicular atrophy, damage to the liver and interactions with certain medications,” the agency also said.

Despite repeated calls for regulation from CBD stakeholders, the FDA has yet to fully address the legality of the compound, it says more research is necessary. The agency has instead focused on enforcement and sending alerts.

The companies warned were:

The FDA gave the companies 15 business days to address the issues in the warning letters and explain why their products do not violate the law. “If violations are not promptly and appropriately addressed, legal action may result, including product seizure and/or injunction,” the FDA said.

The FDA issued warnings in May to four companies that make CBD products for animals, saying safety data related to CBD for pets and large animals is lacking and claims by the companies about the curative effects of CBD in animals are not proven. The companies were ordered to stop marketing.

The agency has also cracked down on CBD marketers over claims of the compound’s efficacy in treating Covid-19. Makers of products containing delta-8 THC, which is made by putting hemp-derived CBD through a synthetic process, have also received warnings from the FDA.

A Virginia coroner ruled that a boy’s death in May was due to excessive intake of hemp-derived delta-8 THC from gummies, though experts are divided on whether delta-8 caused the four-year-old’s death.

Delta-8 THC is a psychoactive alternative to the more familiar delta-9 THC found in marijuana plants and reportedly results in a milder “high”. Delta-8 products have exploded in the US over the past two years in the absence of regulation.