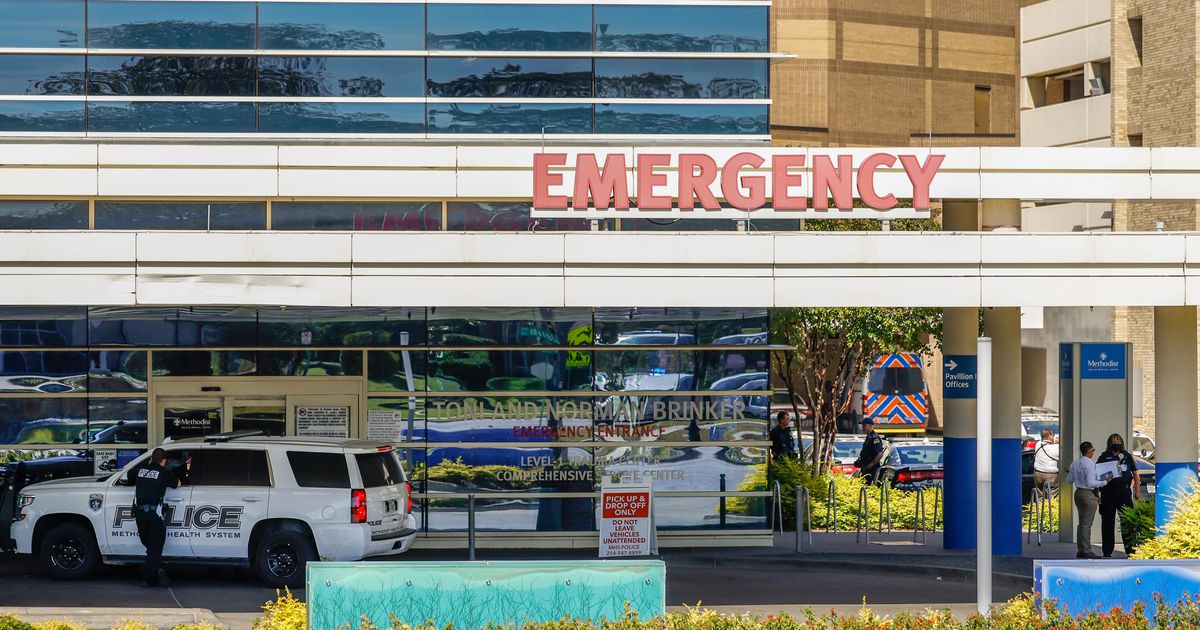 Firefighters and police officers are trained to deal with dangerous situations. And while nurses face stressful conditions on their shifts, escalating threats of physical assault and verbal abuse weren’t what most nurses expected when they donned scrubs.

Government statistics show that healthcare workers are five times more likely to experience workplace violence than workers in all other industries. The Bureau of Labor Statistics reports that injuries from violent attacks against medical professionals increased 63% from 2011 to 2018, and hospital officials say aggressive actions against staff have increased during the COVID-19 pandemic. National Nurses United estimated that 48% of the approximately 2,500 nurses who responded to the survey this year reported a more than two-fold increase in violence from a year earlier.

Locally, the killings of two staffers at the Methodist Dallas Medical Center have drawn attention to the growing violence against healthcare workers. But the problem is widespread. Earlier this year, a patient in Tulsa, Oklahoma, who was angry about persistent pain after back surgery, shot and killed the surgeon, another doctor, a receptionist and a visitor. This month, Boston Children’s Hospital staff received harassing comments and threats of violence via email and social media for the hospital’s policies regarding the care of transgender minors.

Researchers and medical administrators point to myriad reasons for the violence and threats, ranging from anger from patients and families over medical conditions and care, to battles over masks and vaccines during the pandemic. This has only exacerbated an acute shortage of nurses who are leaving the profession at an astonishing rate due to threats, stress, staff shortages, burnout and the physical demands of the job. Half of nurses have considered leaving the profession, according to ConnectRN, an employment agency.

Having a safe workplace is not an unreasonable expectation. Hospitals are reviewing workplace violence prevention policies, deploying personal panic alarms, setting up de-escalation teams, strengthening security, and training staff to protect themselves. The American Hospital Association and Federation of American Hospitals also support federal legislation based on a measure to protect airline workers from violence that would increase penalties for assaulting a healthcare worker and fund more violence prevention training and strategies.

Healthcare needs to combat the departure of experienced workers, starting with protecting workers who are on the front lines of medical emergencies. In the long run, the national hemorrhage of healthcare professionals threatens patient care and employee retention in an already understaffed state. For example, most regions of Texas are experiencing major nurse shortages as workers leave the profession and nursing programs are not paying enough to offset the departures and growth in health needs.

The erosion of healthcare workers must stop. Making work safer for them is an absolute necessity.

We welcome your opinion in a letter to the editor. See the guidelines and submit your letter here.