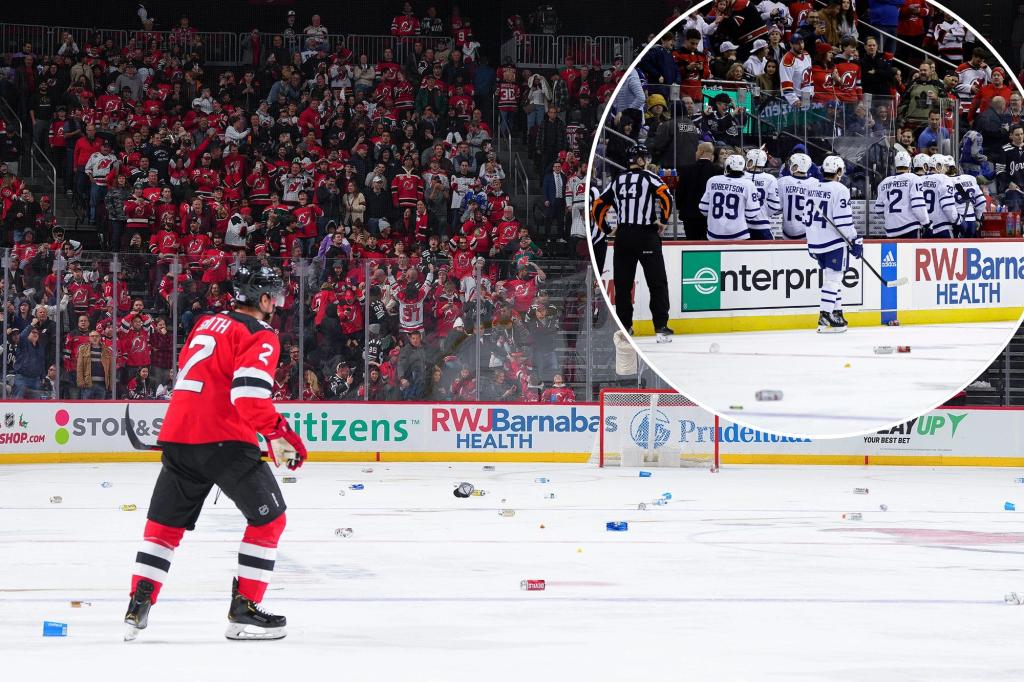 The New Jersey Devils’ 13-game winning streak — one short of tying a franchise record — came to an end Wednesday night with a 2-1 loss to the Toronto Maple Leafs. But that wasn’t what enraged the home fans a Prudential Center the most.

The Devils had three goals disallowed during the game and the crowd more than expressed their displeasure. After the third call went unsatisfactory, some attendees began throwing bottles, hats, and other trash onto the ice with 11:07 left in the third period and New Jersey trailing 2–0.

The Maple Leaf players went to the locker room to prevent debris from falling from the stands and Devils winger Erik Haula came onto the ice to ask the fans to stop.

Jonas Siegenthaler’s goal in the first period for the Devils (16-4-0, 32 points) was disallowed due to goaltender interference, as Nathan Bastian was found to interfere with Leafs goaltender Matt Murray in the crease. In the second period, Tomas Tatar, who was cited for knocking Murry off his skates, scored another score. The last goal was taken away in the third as Haula was determined to direct the rebound of his first shot with his skate at 8:53 of the third period.

Dougie Hamilton scored a goal that finally counted at 14:53 of the third, but the Devils couldn’t find the tying goal. John Tavares and Pontus Holmberg both scored for Toronto.

It all kind of left the Devils with some history.