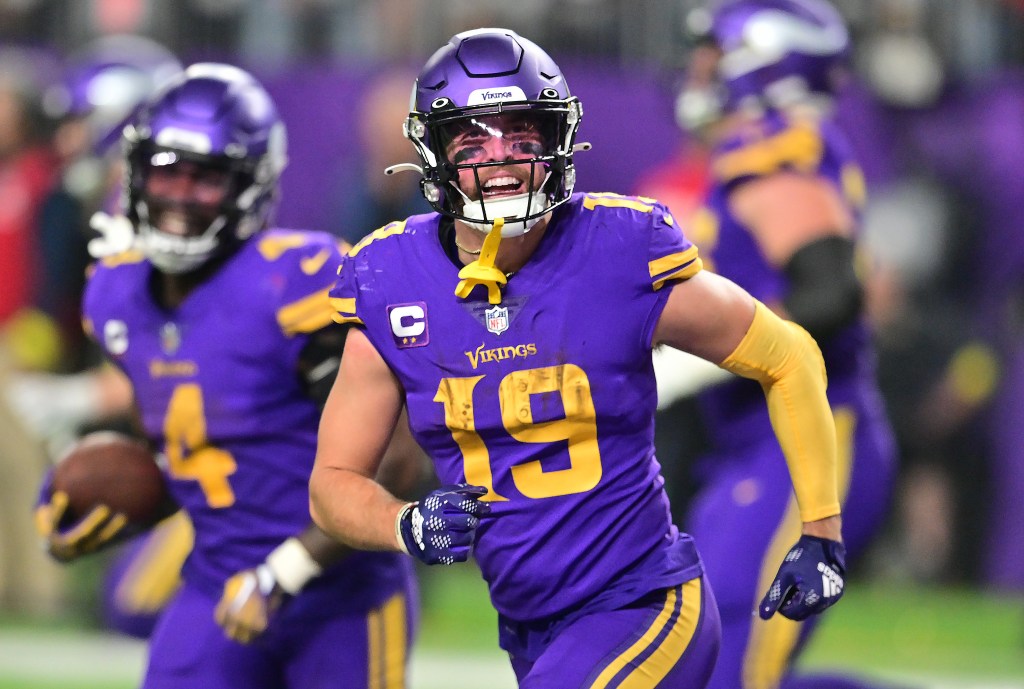 Rookie Peyton Hendershot had a 2-yard run for a TD before sending all three of his fellow tight ends into a giant Salvation Army red cauldron for a Whac-A-Mole celebration.

The win ended a three-game losing streak over the holiday season for the Cowboys (8–3), who led the Giants in the NFC East by a game while winning the season series.

Prescott’s TD throws to Schultz came about five minutes apart in the third quarter, turning a 13-7 deficit into a 21-13 lead. The first was a 15-yarder on third and goal.

The Dallas quarterback has 10 consecutive wins over the Giants since losing to them twice as the Cowboys went 13-3 in his rookie year in 2016.

CeeDee Lamb had six catches for 106 yards and put up three Dallas touchdowns. Elliott had a season-high rush of 92 yards, and the Cowboys overcame two interceptions from Prescott, who threw for 261 yards.

Saquon Barkley was held to 39 yards rushing with a 1-yard touchdown behind a makeshift offensive line and missed three starters due to injury in the third loss in the past four games for the Giants (7-4).

DETROIT – Tyler Bass made a 45-yard field goal with two seconds remaining to lift Buffalo past Detroit for its second win in five days at Ford Field.

Josh Allen provided the winning kick by starting the drive with a 36-yard pass to Stefon Diggs and two 40-yard runs. Buffalo (8-3) has won twice in a row and is half a game ahead of Miami in the AFC East.

The Bills were back in Detroit after the NFL moved their previous home game against Cleveland to Ford Field due to a winter storm that dumped several feet of snow in western New York. They had to work harder for the win on Thursday than against the Browns. Bass was 6 for 6 on field goals in the 31-23 win over Cleveland.

Allen threw a go-ahead, 5-yard touchdown pass to Diggs with 2:40 left, but Bass missed the extra point to make it 25-22.

The Lions (4-7) converted a fourth-and-1 from center field with Amon-Ra St. Brown’s 7-yard end-around to set up Michael Badgley’s 51-yarder with 23 seconds left.

MINNEAPOLIS – Kirk Cousins ​​threw for 299 yards and three touchdowns, the latter a starting score for Adam Thielen in the fourth quarter to push Minnesota past New England.

Justin Jefferson had 139 yards and one of Cousins’ touchdown passes, providing just the clutch performance against a formidable defense the Vikings (9-2) needed to bounce back from a blowout loss to Dallas. That gave rookie coach Kevin O’Connell a win over Bill Belichick, who drafted him in 2008 with the Patriots.

Mac Jones passed for a career-high 382 yards and two scores to spark a straggling offense for the Patriots (6-5), but they ran out of steam in the end. Their fourth quarter included two three-and-out punts, a turnover on downs at the Minnesota 39, and a desperate last drive that went nowhere.

Jones found Hunter Henry for a 37-yard wide-open touchdown pass to start the second half for a 23–16 lead. Kene Nwangwu scored on a 97-yard kickoff return and hit right back for the Vikings.