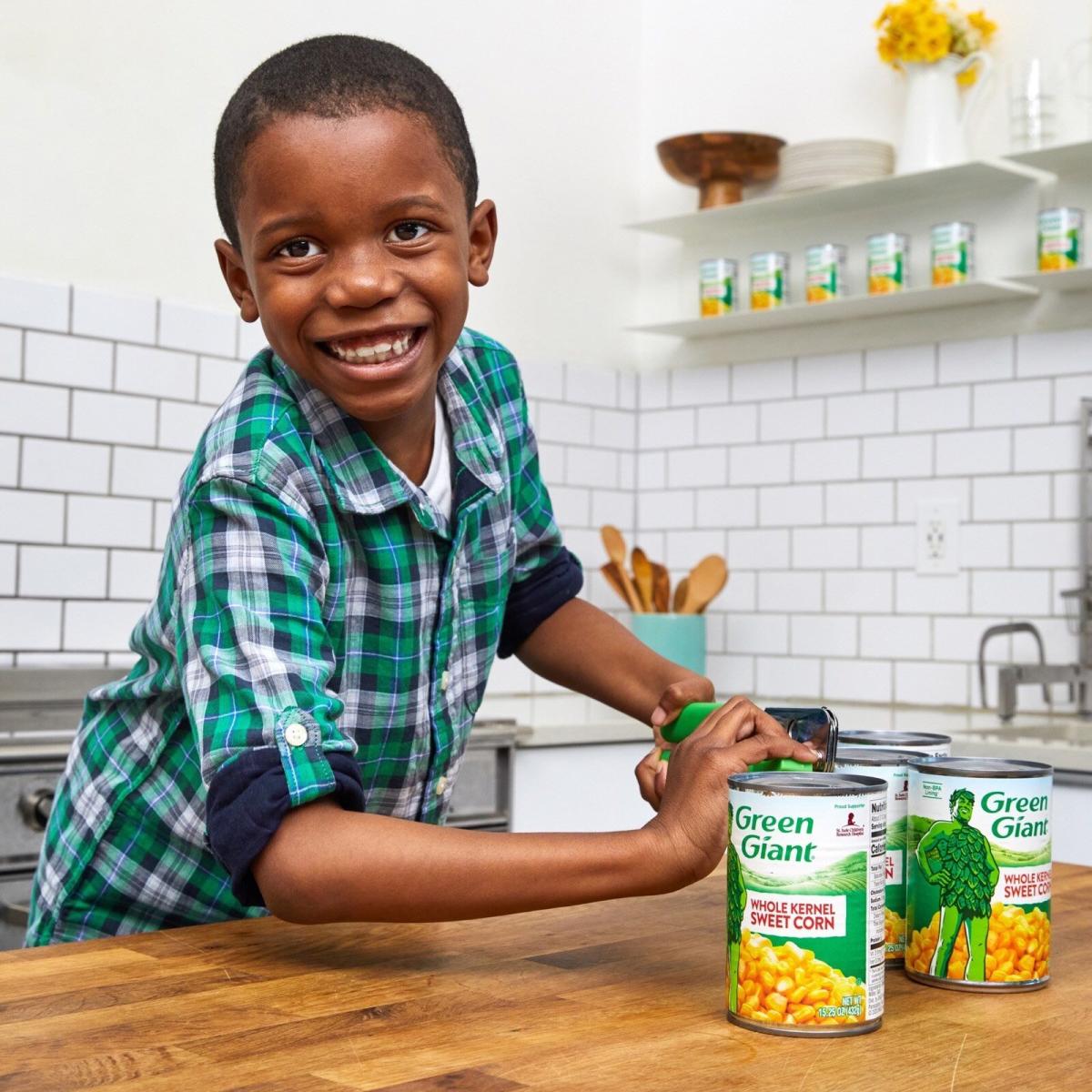 The beloved “Corn Kid” donates his favorite foods for Thanksgiving.

Tariq, 7, was nicknamed “Corn Kid” after a video showing his undying love of justice went viral in September.

Now he’s teaming up with the Green Giant brand for the holiday season as they hope to make corn the “star” of the menu, according to a press release shared by the food company.

“What’s Thanksgiving Without Corn?” Tariq asked. “Thanksgiving is practically a holiday about corn. I mean, any day could be a holiday if you eat corn at some point — but this is the only day we can stay home with family, watch a big parade, and then eat corn. Lots of corn. It’s my favorite day of the year!”

Tariq and the Jolly Green Giant mascot appeared at City Harvest in Brooklyn, Tariq’s hometown. Notably, it’s New York City’s first-ever food recovery center, as well as its largest, according to the release.

During the event, they donated 40,000 canned vegetables and 50,000 cans of corn for more than 270,000 attendees, Green Giant said in its announcement.

Limited edition aprons that read “I’m a big fan of corn” and Tariq’s voice sending Christmas wishes are also being given away.

They will also send donated goods to the annual Macy’s Thanksgiving Day Parade, where Tariq will appear on the Green giant Harvest in the Valley float, according to the release.

“We are thrilled to partner with Corn Kid this Thanksgiving as his enthusiasm for corn rivals that of the Green Giant himself,” said Kristen Thompson, Senior Vice President & President, Frozen & Vegetables, B&G Foods in the announcement. “Corn Kid has a giant heart and we are excited to help him share his love of corn with his community this Thanksgiving with a huge donation of our canned vegetables.”

The viral star was featured in a video on Recess Therapy, which posts hilariously sweet clips from interviews with host Julian Shapiro-Barnum.

The video started with Tariq saying, “For me, I really like corn,” while holding his own grilled corn on a stick. Shapiro-Barnum then followed up by asking the child what he likes about the food. “Since I was told corn is real, it tasted good,” Tariq replied adorably. “But when I tried it with butter, everything changed! I love corn.”

Never miss a story – sign up for it PEOPLE’s free daily newsletter to stay up to date with the best PEOPLE has to offer, from juicy celebrity news to riveting human interest stories.

Music group The Gregory Brothers, also known as Schmoyoho on Youtube and TikTok, turned the interview clips into a catchy remix that went viral on TikTok.