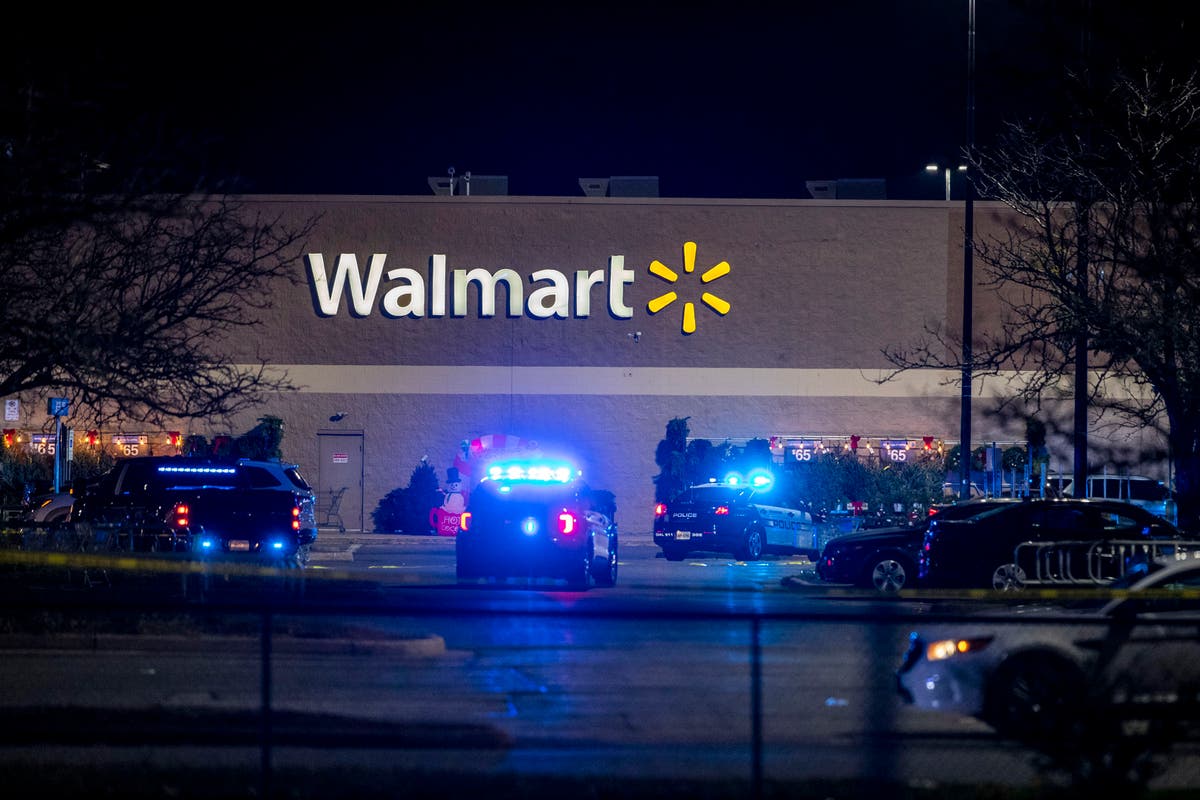 Sign up for our free US Evening Headlines email

How should you feel when a man walks into an LGBTQ nightclub in Colorado Springs and opens fire, killing five and injuring 20 others?

Horror, sure, and admiration for the individuals who confronted the alleged shooter before he destroyed more lives.

The same goes for when you wake up to the news that six people are dead at a Walmart in Chesapeake, Virginia, after an employee opened fire late at night, seriously injuring half a dozen others, before turning the gun on himself.

But in addition to the sympathy for the victims, there are two other emotions that bubble up and don’t go away. And they are anger and indignation.

There is anger that this is happening again and no one seems to have any idea how to stop it. And an outrage that America has allowed itself to be the place – alone in the world – where mass shootings seem to have become as routine and unobtrusive as a visit to the kind of grocery store where this latest horror was set.

The same was felt in May, when 19 students and a member of the teaching staff were killed at an elementary school in Uvalde, Texas, in what became the third deadliest shooting in the country’s history.

Even then there was sadness. Who couldn’t be heartbroken watching the Robb Elementary School scenes?

You also felt sheer horror that this could happen in the middle of the day at an elementary school, the most vulnerable mowed down in broad daylight, 90 miles west of San Antonio. In addition to the dead, many others are injured.

But then came the annoyance, the weary helplessness and – in truth – that anger. How can this happen again in America?

How could another community be irrevocably torn apart by such senseless violence barely a week after ten black people were shot dead in Buffalo, New York. When will this madness stop?

In addition, an additional 24,000 people committed gun suicide, leaving a total of 44,000 Americans dead by gun violence, according to statistics from the Centers for Disease Control and Prevention. (A thin, silver lining in the data is that, while the overall homicide rate rises, the number per 100,000 falls.)

Each of the deaths is an individual tragedy and the circumstances unique. Yet in the vast majority of these murders, there is one thing that links them together: if America had sensible gun regulation, they would not have happened.

Who knows exactly what prompted the Texan gunman to open fire on the youths at Uvalde with a pistol and a rifle. It turned out that he had assaulted his grandmother the night before.

We also later learned that several hundred police officers waited outside the classroom before attempting to confront the shooter, a former student.

We know what inspired the alleged gunman who opened fire at a Buffalo grocery store earlier this year to act: racial bigotry. He was also able to legally obtain a gun, a Bushmaster XM-15 semi-automatic rifle, for about $1,000.

An alarm from the shooter’s high school saying his graduate aspirations included “murder/suicide” was not enough to stop the purchases under the state’s “red flag” law. And keep this in mind: New York’s gun laws are some of the strictest.

The United States is not the only place with racist, or angry, or misguided, or otherwise motivated people looking to pick a fight or settle scores, real or imagined. But it is the only place where mass shootings happen on a weekly or daily basis.

It is the only place where repeated attempts to regulate arms sales have been systematically blocked. Other countries, including Australia and the UK, have experienced such incidents, but those – most notably the 1996 Dunblane, Scotland primary school shooting – prompted decisive and concerted action.

And even when a president desperately wants to take action on guns, as Barack Obama did after the 2012 shooting in Sandy Hook, Connecticut, they face roadblocks, whether in the form of Republicans in Congress, the National Rifle Association, and other gun lobbyists. , the likes of Donald Trump, who tells his supporters that the Democrats want to take their guns away, or even Republican Senator Joe Manchin, who has refused to support broader gun control and falsely blames people for mental health problems.

Or they stumble upon the nonsense and nonsense about a ‘good guy with a gun’ being the best and only protection against a bad guy with a gun – something the image of those heavily armed policemen biding their time outside the Uvalde premises proves . nonsense.

In my time in the US, I have covered at least four major mass shootings: Virginia Tech in 2007, the Emanuel African Methodist Episcopal Church in Charleston in 2015, the Pulse Nightclub Shooting in Orlando in 2016, and the attack on a Walmart store in El Paso, Texas, in 2019. (In 2015, Obama delivered a eulogy and sang “Amazing Grace” at a memorial to the slain black churchgoers in Charleston.)

Then, as now, there was a demand for change. But nothing did.

Huge credit, then, to the likes of David Hogg, Winter BreeAnne, and Shannon Watts, gun control advocates who manage to find the energy to push for change amidst the horror, not only of repeated violence, but of the constant feeling of deja. vu, of a record that hangs on repeat, of a screensaver that doesn’t change no matter how many times you try to refresh the page.

And no credit to the likes of Greg Abbott, the governor of Texas, who fought against every possible gun control measure and who signed into law in 2021 allowing Texans to carry handguns without a permit. “Today I signed documents that will bring freedom to the Lone Star State,” he said with jubilation.

Joe Biden, looking exhausted after a 17-hour flight from Asia, spoke with eloquence and grace: “When the hell are we going to revolt against the gun lobby?” — but as he noted, there were similar words a decade ago after the Connecticut massacre.

(In June, he would sign legislation that was very modest in nature but marked the first major advancement in three decades, something to be both celebrated and lamented.)

On Wednesday, Biden again paid tribute to the latest victims, saying that “due to yet another horrific and senseless act of violence, there are now even more tables across the country that will have empty this Thanksgiving.” He added: “We need to come together as a nation… We need to take more action.”

Perhaps Americans, and all those who live here, should feel angry and ashamed and appalled that this has happened again, in our care, and more people are dead – six in Cheaspake, five in Colorado Springs. And let’s not forget all the others who were killed before them, including the 21 in Texas.

And then the best of us, the activists who somehow find it in them to get up day after day, can use that intensity to continue their cause in the hope – however tried – that things will change one day.