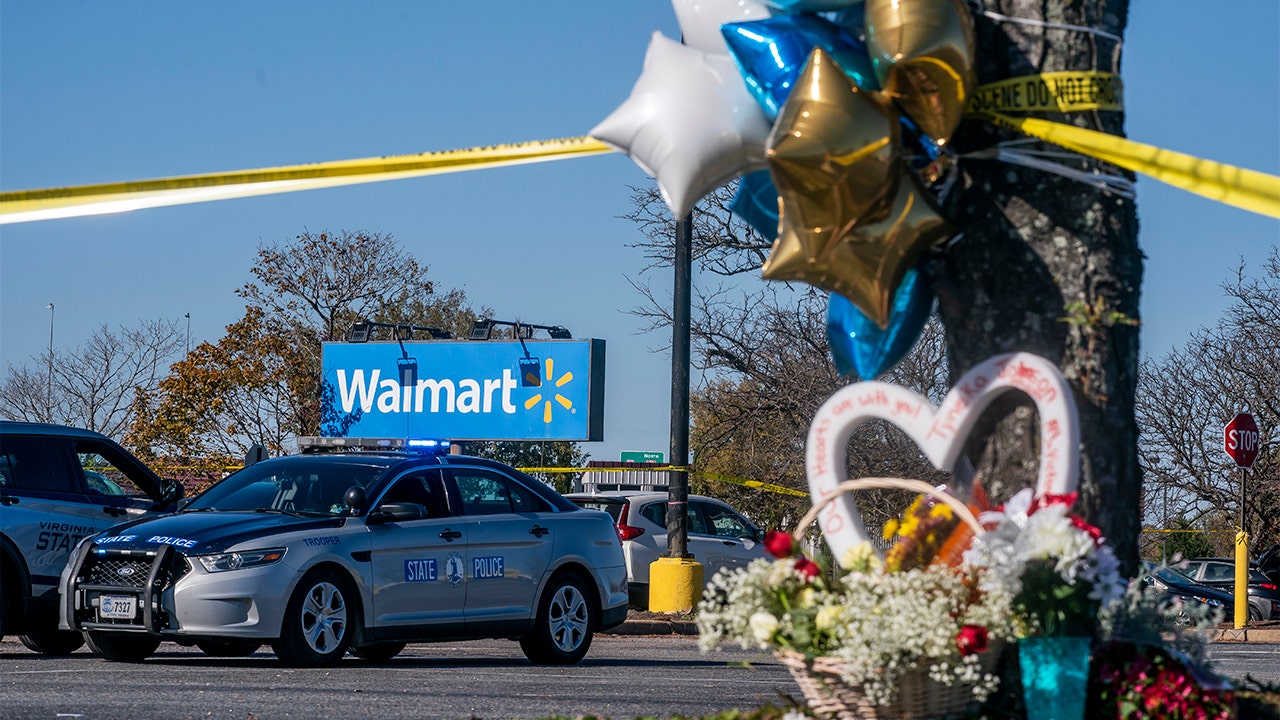 The city of Chesapeake, Virginia has identified Andre Bing as the alleged Walmart employee who opened fire at one of the company’s stores there last night, killing six people before police say he turned his gun on himself.

Bing, the company said in a statement to the Associated Press, was a team leader and had worked at Walmart since 2010. The 31-year-old from Chesapeake was “armed with one gun and had multiple magazines,” the city said.

The development comes as employees at the Walmart Supercenter location in Chesapeake are now speaking out about the violence that erupted late Tuesday night in the store’s break room.

Staff member Briana Tyler said the overnight storage team of about 15 or 20 people had just gathered in the break room to go over the morning plan. She said the meeting was about to begin and her squad leader said, “Okay guys, we’ve got a light night ahead,” when her manager turned and opened fire on the staff.

A law enforcement detective wears protective coverings as they work at the scene of a mass shooting at a Walmart, on Nov. 23, in Chesapeake, Virginia.
(AP/Alex Brandon)

“It’s by the grace of God a bullet missed me,” said Tyler. “I saw the smoke coming out of the gun and I literally saw bodies fall. It was crazy.”

At first, Tyler didn’t think the shooting was real. “It all happened so fast. I thought it was kind of a test. For example, if you have an active shooter, this is how you react.”

Tyler, who worked with the manager the night before, said the attacker was not targeting anyone in particular.

“He just shot all over the room. It didn’t matter who he hit. He didn’t say anything. He didn’t look at anyone in any way.”

WALMART SAYS IT IS ‘SHOCKED’ BY CHESAPEAKE STORE SHOOTING

Employee Jessie Wilczewski told Norfolk television station WAVY that she hid under the table and that the gunman looked at her with his gun pointed at her. He told her to go home and she left.

“It didn’t even look real until you could feel the… ‘pow-pow-pow,’ you can feel it,” Wilczewski said. “I couldn’t hear it at first because I think it was so loud I could feel it.”

The city of Chesapeake said Wednesday that “Three individuals, including the gunman, died in the break room of the store.

“One victim was found dead in front of the store. Three other victims were taken to local hospitals for further treatment but succumbed to their injuries,” the city tweeted.

“At least six additional victims have been transported to local hospitals for further medical treatment. One of these individuals is currently in critical condition,” the city added.

The chaos ended after police said the gunman, who was armed with a gun, turned the gun on himself. He is believed to have died of a self-inflicted gunshot wound.

Fox News Digital has reached out to Walmart for further comment.

The Associated Press contributed to this report.

Greg Norman is a reporter at Fox News Digital.