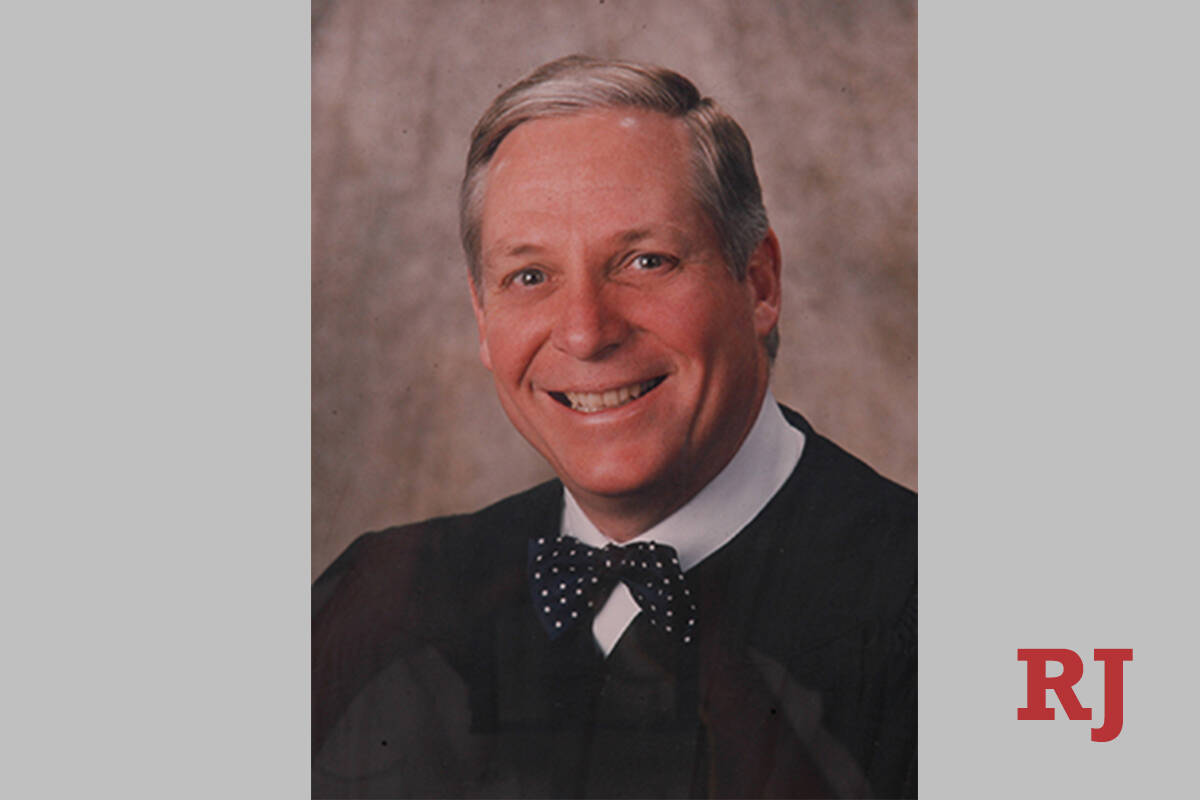 Brent Adams, a former Las Vegas Review-Journal news reporter and one-time high profile Washoe County judge who advocated for the disclosure of court documents and limiting campaign funds for unopposed judicial candidates, has died at the age of 74.

Adams died in Reno on Nov. 2, according to Elise Adams, his wife of 18 years. She refused to disclose the cause of his death.

Adams served as a judge on the Second Judicial District Court in Washoe County for 25 years and had an extensive career in the legal field, including five years as an assistant federal public defender and 17 years in private practice in Reno before becoming Governor Bob Miller’s first judge appointment in 1989 , according to the court’s website.

Adams was re-elected to the county court four times, oversaw hundreds of jury and non-jury trials, sat on the state Supreme Court by designation and served as the founding presiding judge of the Washoe County Business Court, the court reported.

Born in Las Vegas in 1948, the son of a life insurance manager, Brent Thomas Adams attended public schools, including Las Vegas High School, where he won the Nevada State High School Debate Championship in both his junior and senior years and was named Chief Justice of the high school student court.

He later became one of only two students from Nevada to be accepted into the National High School Institute at Northwestern University.

He received a bachelor’s degree in philosophy and English from Northern Arizona University.

Back in Las Vegas, hired as a reporter for the Review-Journal, he would go on to win the Nevada Press Association’s Charles E. Murray Award for Outstanding Reporter of Year.

Two years later, Adams entered the law school at the University of Arizona, where he edited the legal review before earning his Juris Doctor degree in 1974. He began his legal career as a clerk for Samuel Lionel, senior partner at the Reno law firm of Lionel, Sawyer & Collins.

As a district judge and chairman of the Supreme Court’s Committee on the Preservation, Access, and Sealing of Judicial Records, he was outspoken in insisting that court records and hearings be public and that the sealing of court records occurs only in rare instances. .

“The risk of abuse of discretion in sealing documents demonstrates the need to carefully define any exception to an open document policy,” he said in 2007. “Once a document is sealed, it is very difficult to do anything about it. to do after it is sealed.”

As Adams described it, there must be “a written motion, independent opinion of the court, and a written warrant outlining the specific reason why there is a compelling privacy interest (to seal a document).”

The Review-Journal reported in 2009 that some Clark County courts, judges, and attorneys had broken rules restricting the sealing of certain court documents.

Separately, Adams argued in 2007 in the state Supreme Court for a legislative proposal to limit campaign fundraising by unopposed judges, as many had done.

Elise Adams said her husband, as a judge, was concerned about the undue influence of one or a few donors making large monetary donations to individual judicial candidates up for election.

“The funding was bothering him,” she said. “You can put a lot of money behind one candidate and they can win.”

Adams also participated in politics, serving as chairman of the Nevada State Democratic Party from 1982 to 1984.

He and his wife are survived by his sons Thomas and William, both of Reno, a stepson Toby and four grandchildren. His twin brother Bruce and sister Marlene, from Las Vegas, preceded him in death.

A private service will be held at his request, his wife said. In lieu of flowers, the family asked for donations to the National Judicial College in Reno.