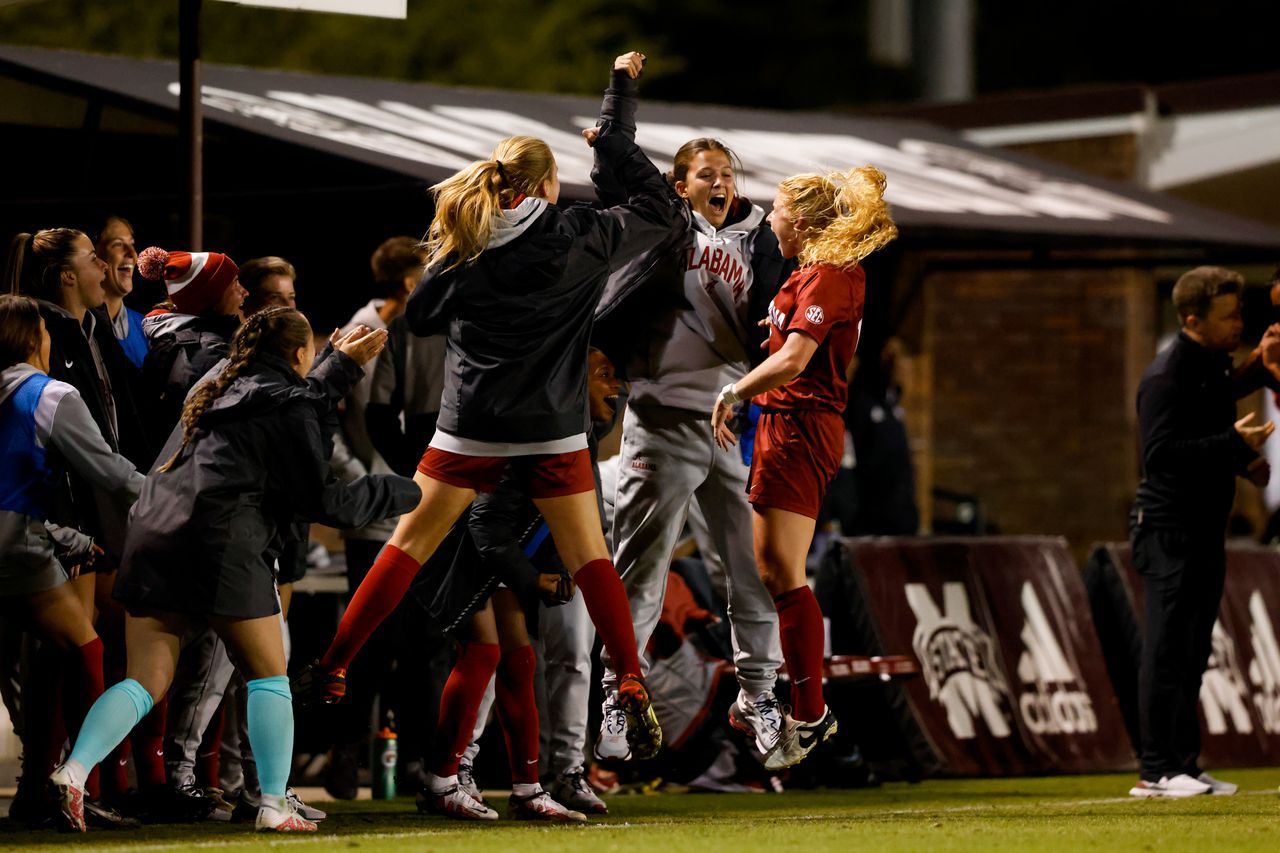 Every week it’s another milestone.

First, it was a steady climb from the Alabama women’s soccer team to set a new program record for top national ranking. Ultimately, the Crimson Tide reached No. 1.

Now it’s a march in the NCAA tournament. Each win is more history for a program that had only won a postseason game last fall.

Friday night will play for a spot in the College Cup – the sport’s final four. They take on Duke in Tuscaloosa at 6pm in what was previously unthinkable.

Every single-elimination bracket comes with mental challenges, but this is truly unploughed snow for this Crimson Tide group. So, how do they balance the ultimate goal of this unprecedented journey with enjoying the ride?

“I think we’ve been really good at taking it game by game,” said coach Wes Hart. “But having said that, we don’t shy away from talking about making history. We didn’t shy away from the rankings and things like that. For us, we use that as confirmation of ‘Look how good we can be.’”

Alabama (22-2-1) reached this mark with wins over Alabama State, Portland and UC-Irvine. Region placement held up as No. 1 Alabama will meet second-seeded Duke for a spot in the College Cup. The Blue Devils (13-4-3) reached Friday by beating South Carolina, one of two teams to beat Alabama this season.

This is a Duke program that has played in three College Cups since 2011, coming in with a win each over the past two seasons.

Alabama had never won an NCAA tournament game before upsetting Clemson last season. So these are two programs with completely different bloodlines, but Hart’s all about keeping the momentum going.

“For us it was always about giving them more and more confidence and less about trying to knock them down or keep them humble. For us, the question was how do we continue to show them how good they are. That’s what we did and it worked. so we will continue to do that.”

Hart knows his way to the College Cup from his time as an assistant coach at Florida State. The Seminoles won a national title and finished second in his two seasons there before coming to Alabama in April 2015.

The Crimson Tide reached this moment with an offense unparalleled this season. The 73 goals lead the country to the second-best total by a margin of eight. Duke has a total of 44 goals while playing three games less. In terms of shots, Alabama’s 20.1 per game was ranked No. 5, while Duke is 83rd with 14.2 per game.

Goalkeeper McKinley Crone had her say by allowing only 15 goals in total (0.63 per game)

“It is very exciting to be a part of what this program has achieved this year. But one thing we’ve tried to keep in mind is that we’re not done yet. And there are greater things to keep achieving.”

The Alabama-Duke winner will advance to the semifinals of the College Cup taking place in Cary, North Carolina on December 2. The national title game will be played on December 5 at 5 p.m. CT.