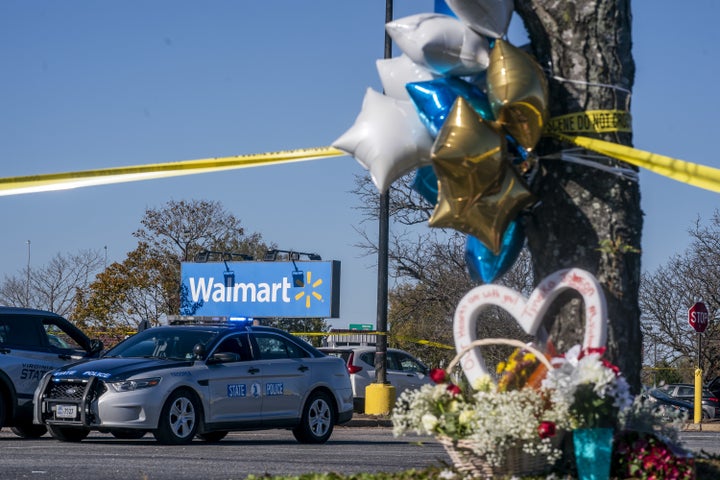 Just two days ago, Dr. Jessica Burgess checked on a colleague in Colorado Springs who had treated victims of the mass shooting at a gay bar. On Wednesday, the Colorado doctor returned the gesture when Burgess found herself treating gunshot victims from yet another mass shooting, this time at a Walmart in Chesapeake, Virginia.

“It’s very disheartening that I’m in the same position now, with my colleagues from across the country monitoring me and our team,” said acute care surgeon at Sentara Norfolk General Hospital in Norfolk, Virginia, told reporters Wednesday afternoon. “It’s disheartening and it’s hard when sometimes there’s only so much we can do after the injuries have already been inflicted.”

On Tuesday night, a Walmart employee opened fire on his co-workers, killing six of them and wounding at least six others. It comes just days after a gunman in Colorado Springs killed five people and injured 18 others at Club Q, a gay nightclub. The succession of tragedies were a stark reminder that gun violence is a national epidemic.

Burgess told reporters that as a surgeon, she likes to take care of people when they need it most. But as a parent, partner, and member of the community, it’s heartbreaking to see this kind of gun violence. Burgess said she was the backup surgeon Tuesday night and was called in when the hospital received reports of the mass shooting. Three people are still being treated in hospital, two of whom are in critical condition in the ICU.

According to the American Public Health Association, gun violence in the US is a public health crisis and the leading cause of premature death in the country, responsible for more than 38,000 deaths each year. As of November 23 this year, at least 39,717 people have died from gun violence and another 21,582 from suicide, according to data from the Gun Violence Archive. There have been 608 mass shootings so far this year.

When healthcare professionals called for gun control in 2018, the National Rifle Association tweeted that they “stay in their jobHowever, it is very much up their alley, because of the time, care and resources they devote to saving lives. More than 100 people – many of them healthcare workers – are involved in the treatment of a victim from the moment they are shot until they are discharged from a hospital, sometimes the process takes months.

Sentara Norfolk General Hospital is a level one trauma center, vice president and chief medical officer Michael Hooper told reporters Wednesday, and it is prepared for incidents like the Walmart shooting.

“Unfortunately, we have to deal with events like this very often,” he said.

But it takes its toll.

“It’s always disheartening when you see unnecessary violence at this level,” said Tracey Chandler, a clinical nursing manager at the hospital.

When news of the Walmart shooting broke, many on social media shared their fear at seeing yet another mass casualty. People only started mourning the deaths in Club Q when another shooting hit the headlines. It sparked new calls for action and renewed desperation over the number of lives lost.

Brett Cross, whose 10-year-old son Uziyah Garcia was killed in the Uvalde, Texas school shooting that killed 19 children and two teachers, tweeted that every mass shooting takes its toll.

“I am deeply saddened to hear about the shooting at Club Q,” he tweeted on Monday. “It takes a personal toll on me every time more people join this club that no one ever wants to join. All victims are someone’s child.”

Maxwell Frost, recently elected as the first Gen Z member of Congress, tweeted that gun violence is “preventable.” The 25-year-old activist has served as the national organizer of March for Our Lives.

“DON’T GET SUSPECTED OF THIS,” he tweeted. “Six people were shot and killed. This is avoidable. This is preventable. This is a policy error. THIS IS NOT NORMAL.”

Burgess, the surgeon in Virginia, told reporters Wednesday that she and her colleagues are just beginning to process the events of the last day.

“This is what we want to do,” she said. “This is where we want to be, so we’re proud of what we did last night. … But it’s a lot to process. These are people in our community whose lives were cut short the day before Thanksgiving, so it’s heartbreaking. “