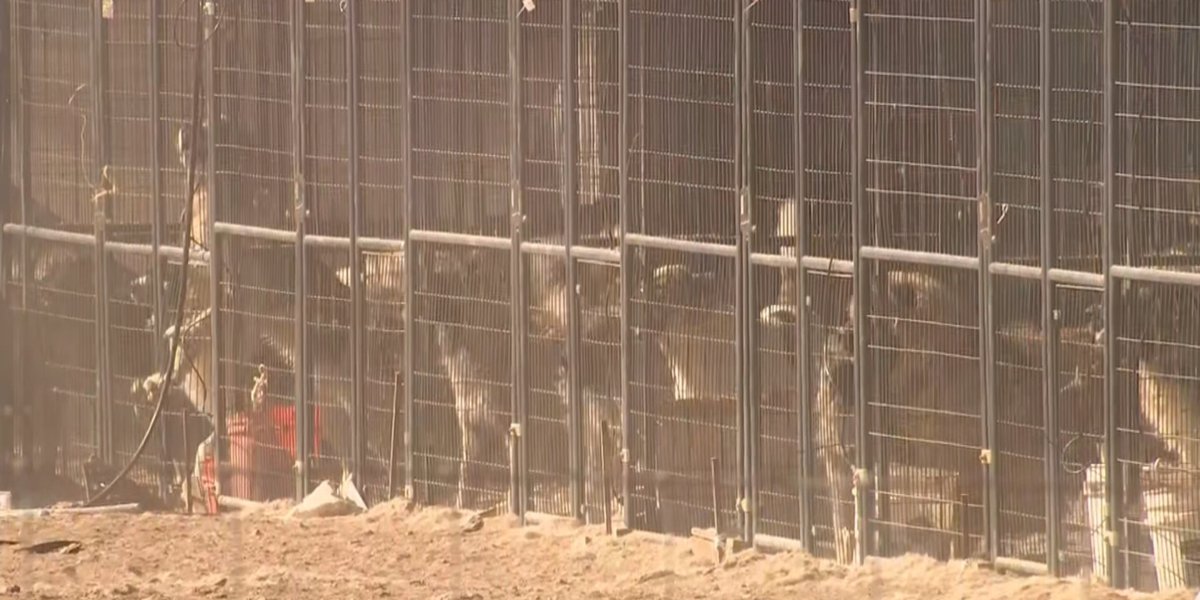 LAS VEGAS, Nevada (FOX5) – The American Society for the Prevention of Cruelty to Animals (ASPCA) has now provided an update on the hundreds of dogs found in a case of animal cruelty in Nye County.

FOX5 has learned that 171 dogs have been euthanized out of a total of 276 dogs found.

Two people were arrested on animal cruelty charges after the dogs were found in appalling conditions.

Six dogs died beyond the number of euthanized dogs according to the new information released by the ASPCA. The national organization took care of 82 dogs.

Many FOX5 viewers reached out asking how they could help the dogs. With Nye County Sheriff’s Office collecting thousands of donations from the public, a total of 17 dogs were adopted.

Below is the full statement from the ASPCA to FOX5:

When the ASPCA stepped in at the request of the Nye County Sheriff’s Office in September, we provided daily care, medical and behavioral support to 276 dogs at the emergency shelter in Pahrump. ASPCA veterinarians conducted in-depth examinations on the dogs and observed significant medical problems among the population requiring urgent medical care. The ASPCA has moved 82 of the dogs to our specialized Cruelty Recovery Center (CRC) in Columbus, Ohio; another 16 dogs (15 puppies and one adult) have been placed with the Nevada Humane Society and several of those dogs have already been adopted into new homes; and an additional dog was adopted locally in Nye County.

The ASPCA considers each animal an individual and each dog was continuously monitored, assessed and provided with both medical and behavioral support by licensed medical and behavioral experts to help determine the most appropriate outcome and placement option. Unfortunately, due to serious medical and behavioral issues, six dogs passed away and the remaining dogs rescued from this case had to be humanely euthanized. As victims of alleged cruelty, horrific living conditions and likely irresponsible breeding practices, many dogs suffered from a wide variety of serious medical conditions, severe aggression and/or extreme fear that made them unsafe to place or caused a poor quality of life.

The 82 dogs that have moved to our CRC are still recovering from medical issues or need additional behavioral treatment to prepare them for life in a home. They settle safely in the shelter where we specially treat animal victims of cruelty and neglect so they have the best chance of recovery. The unprecedented decision to fly a 747 cargo plane to fly these traumatized dogs to our facility was the safest mode of transportation and saved them the added stress of a long ground transport trip.

While there is still a long way to go for these victim dogs to heal and thrive, we hope many can be placed in new loving homes in the future.